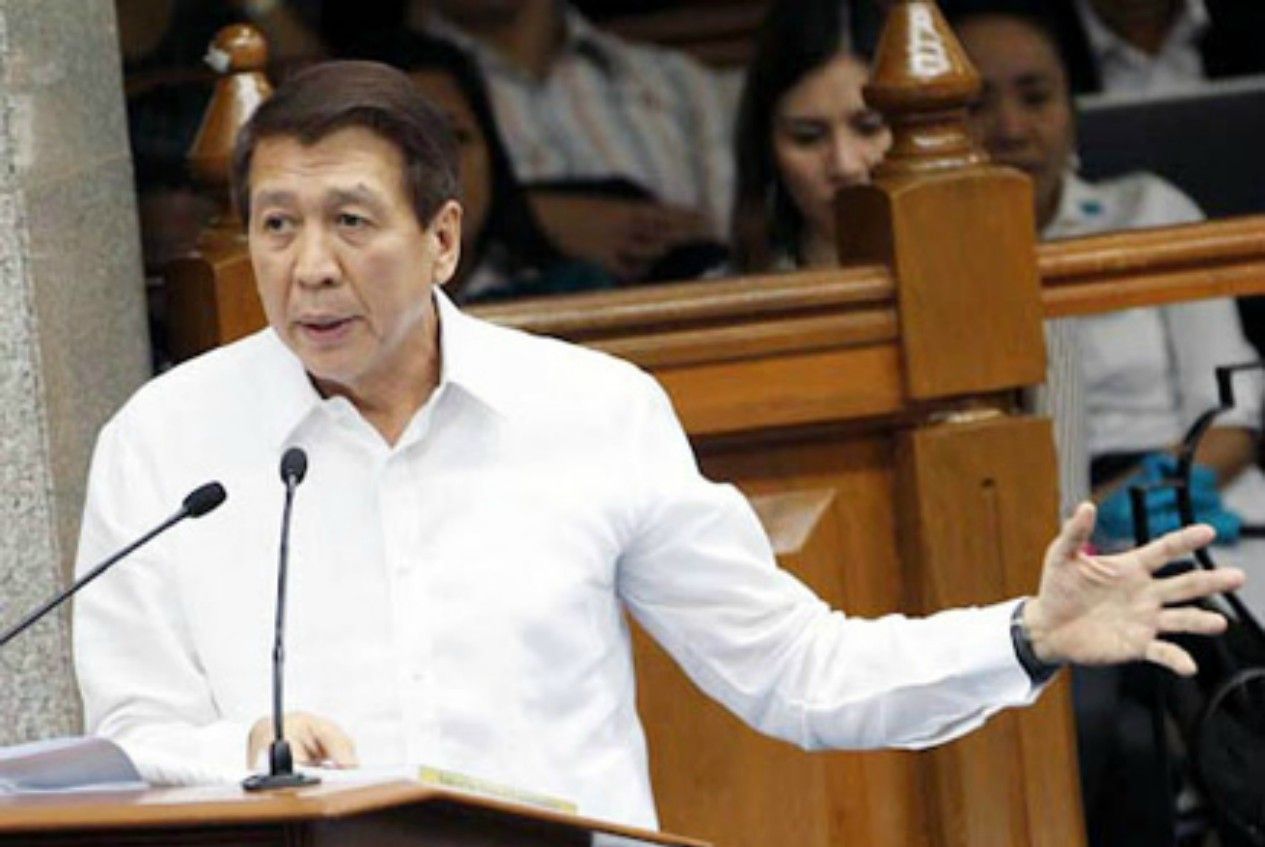 House Majority Floor Leader Rodolfo Fariñas and other Congress leaders asked the Metropolitan Manila Development Authority (MMDA) to give House members parliamentary immunity from minor traffic violations, especially if they are on their way to attend House sessions.

Fariñas reminded MMDA of a constitutional provision that states congressmen, as well as senators, cannot be apprehended for a traffic violation if the offense is punishable with less than six years imprisonment.

The Ilocos Norte representative warned MMDA  that it is unlawful for its traffic enforcers to stop senators congressmen on the road even if the latter violated traffic rules because of the constitutional provision.

“A senator or member of the House of Representatives shall, in all offenses punishable by not more than six years imprisonment, be privileged from arrest while Congress is in session. No member shall be questioned nor be held liable in any other place for any speech or debate in Congress or in any committee thereof.”

Fariñas did provide an assurance that members of Congress caught violating traffic rules are not completely off the hook.  Once the session is over, said lawmakers must report to the proper authorities to face the consequences of their violation.

Despite pointing out the parliamentary immunity afforded by the constitution to lawmakers, Fariñas defended that he is not doing so to excuse himself, as he has a record of being consistently punctual at 4 pm every session day, from Monday to Wednesday.

He even urged the voting public to not vote for lawmakers who violate traffic laws.

Under Speaker Pantaleon Alvarez, the House adopted a policy requiring all doors of the plenary hall at the Batasan Pambansa complex be closed once the House is in session so that latecomers will be identified easily. Those who are not around before the doors close will be automatically marked absent.

Since the implementation of the practice, the House managed obtain a quorum of over 200 lawmakers on a regular basis.

The MMDA agrees, Malacañang does not

The MMDA said that it is willing to follow the parliamentary immunity clause in the constitution, but said it will follow whatever the Metro Manila mayors decide on the matter.

Jojo Garcia, assistant general manager for planning of the MMDA, said that the agency chair Danilo Lim is willing to uphold the clause, but that their hands are tied with its implementation, as the final decision rests on the members of the Metro Manila Council (MMC), the MMDA’s policy-making body composed of all 17 Metro Manila mayors.

Meanwhile, when asked about the issue, Presidential Spokesman Ernesto Abella that Congress should follow the President’s example.

President Rodrigo Duterte himself waives off special privileges. Back when he was mayor of Davao, traffic enforcers flagged him down for not wearing the required protective helmet while driving his motorcycle.

Duterte did not resist when the enforcers took his driver’s license from him.

"The President himself continues to observe a modest lifestyle and he seeks no special treatment, whether inside or outside the Palace. We hope our colleagues in Congress, especially our allies, can bring themselves to do the same," Abella said during a news briefing in Malacañang.