Isuzu IPV for Sale in Philippines

Jun 23, 2021 - Currently, 1 Isuzu IPV for Sale in Philippines. Carmudi is your ultimate destination to find all new Cars (1) information, including Car specs, features, prices and images that will help you choose.

One look at the Isuzu IPV Philippines, and you know it means business.  Of course, most vans are, but the IPV looks tougher, probably because the cab’s front face juts out forward--sort of like a wrestler clenching its jaw. This van is popular among public transport companies and small business operators who like it for its durable body frame, multiple seating arrangement, affordable price, and decent handling.

The Isuzu IPV, or Isuzu Passenger Vehicle, is an extended passenger van that can accommodate up to 15 passengers. It’s renowned for its durability, which is almost synonymous with every truck-based Isuzu product in the market today. What’s more, its versatile design and sturdy construction make it ideal to use for many purposes -- as a public commuter vehicle, a commercial or agricultural product business carrier, and even a family car for long journeys and spur-of-the-moment trips. It’s interesting to note that the IPV’s durable body and cab was based on the Isuzu D-Max’s previous generation’s platform. Its Japanese manufacturer has improved it to include a new front panel design, easy-to-clean molded trim, twin door openings and rear step bumper for easy access anytime, anywhere.

Practical, reliable, and straightforward, the IPV can perform a variety of functions, but we think it really stands out as an excellent carrier of people and products. Some of its toughest competitors in the local market include the Mitsubishi L300, the Hyundai H100 and the Nissan Urvan.

Isuzu IPV Review in the Philippines

Under its bonnet, the Isuzu IPV has a 2.5-Liter Direct Injection diesel (Di-D) engine which supplies 80 horsepower and 177 Nm of torque. The IPV van can accelerate from 0-100 kilometers per hour (kph) in 15 seconds in highway conditions and has a top speed of more than 160 kph.

The Isuzu IPV comes with an "Independent Double Wishbone with Coil Spring and Stabilizer Bar" rear suspension plus a "Semi-Elliptical Leaf Spring with Telescopic Shock Absorber" rear suspension. It uses a collapsible steering column, with a "Rack and Pinion" type steering made of high-quality urethane in the chassis. The ventilated disc front or rear brakes give a solid and firm grip on the road.

The Isuzu IPV has better fuel economy when it goes side-by-side with the competitors in its class. However, we have to warn you that it’s not as good compared to other fuel-efficient cars in the market today. But then again, you shouldn’t really go for an IPV (or any kind of van for that matter) if you’re counting each drop of fuel and every peso. If you’re okay with spending a bit on gas, then here’s a list of some popular Isuzu years and their fuel consumption rates:

Isuzu has equipped the IPV with just the right amount of safety and security features such as a high rigidity body, side marker flasher and 3-point ELR seatbelts with center lap. What's more, its long nose at the front gives it good aerodynamics, making it faster when driven on highways.

The IPV’s long nose in front may not be attractive to some people, but before you decide to join them, keep this in mind: this car’s extended front gives a “crumple zone” space that protects the engine (and in some cases the passengers and driver), should a front collision take place. We’ve heard stories about drivers who experienced being “cushioned” in between IPV’s long nose and the seat, softening the impact of the crash, five-fold. We have to say we’re quite impressed.  So the next time you look at an IPV, think about what we said.

The Isuzu IPV’s front cabin can accommodate three people, and its FB body can seat 12 persons on a side-facing arrangement through a dual bench type, split folding seats. The interior has an ergonomic design, and comes with vinyl-covered seats that stays comfortable even during long periods of driving. Still can’t get enough of what it looks like inside? Here are some things you can expect from the Isuzu IPV:

The Isuzu IPV Philippines has a body-on-frame construction partnered with a double wishbone and stabilizer front suspension together with a semi-elliptical leaf spring with telescopic shock absorber. Some of the exterior features you can find in the Isuzu IPV include the following:

The Isuzu IPV comes in white.

Know more about Isuzu IPV price list in the Philippines 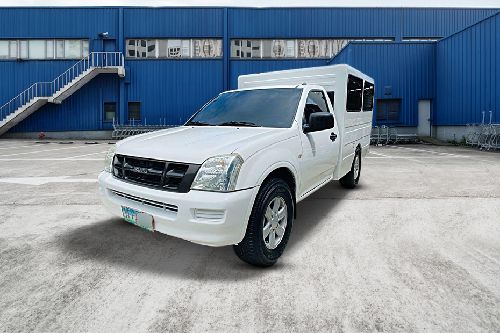 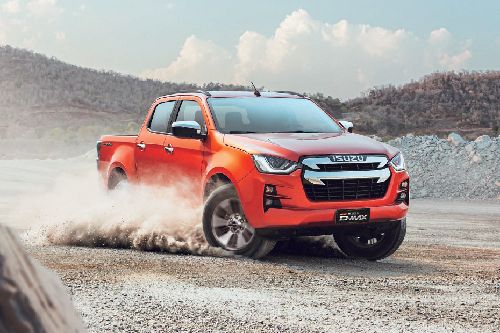 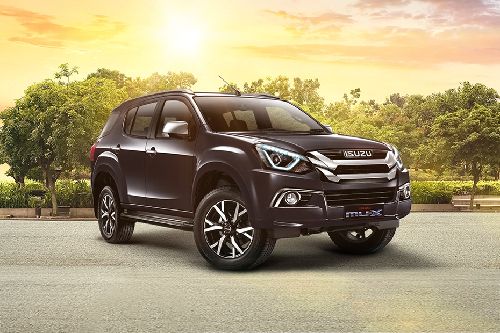 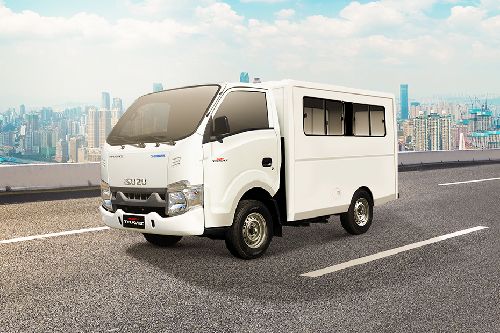 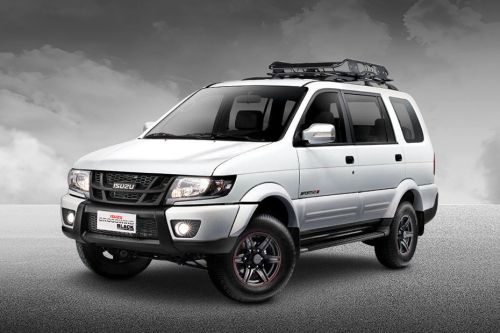