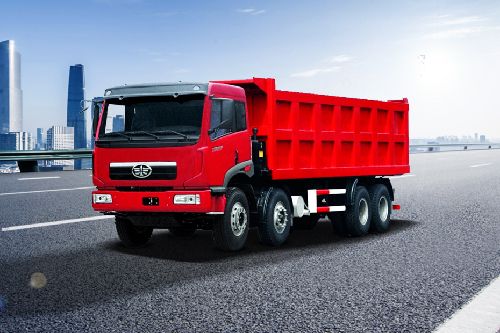 Checkout 380D12 price list below to see the SRP prices and promos available.

Probably the most powerful offering by the brand, the FAW 380D12 is an idle selection to pull some of the heaviest weights around. The truck picks up an ideal style quotient for its size and gets a wheelbase at 7170mm. The Day type cabin offering comes with the most ideal features and packs a comfortable cabin for longer rides by the occupants. The power steering of the vehicle is another impressive feature present inside this truck. Available in a single variant in the Philippines market, the vehicle is powered by a WP12.380E32 diesel engine with an overwhelming displacement of 11596cc. Moreover, it picks out a maximum RPM of 2200.

Get the better insights of FAW 380D12, Read our expert opinion and helps to buy or not

Available at an affordable price

Not as reliable and technically advanced as European or Japanese rivals

A big powerful truck that dumps our waste products

As a part of a non-profit organization, we had to buy a truck to help us expand our sanitation programs in different parts of the...

For a large dumper meant for heavy duty purposes, the FAW 380D12 perfectly fits the bill with its humongous dumper mechanism perf...