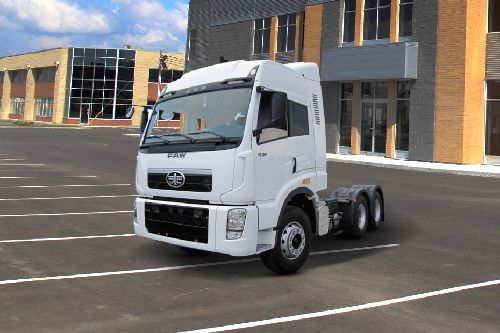 Checkout 420T10 price list below to see the SRP prices and promos available.

FAW 420T10 has been a major player in the Philippines market and is a leading provider of durability and superior performance. The latest news around the heavy-duty truck involves its minor upgrades over safety and cabin comfort. The truck revolves around advanced technology and a 35% Gradeability, provided by its 4500mm wheelbase. Available in a sole variant in the Philippines market, the Tractor Head is available at PHP 3,15,000. Driving the truck is a six-cylinder WP12.420E32 Turbocharged, Intercooled Diesel Engine that maxes out at 117 km per hour.

Get the better insights of FAW 420T10, Read our expert opinion and helps to buy or not

Not as reliable and renowned as its competitors

Very versatile tractor head that performs well with everything

We use the Faw 420T-10 to transport pipes, timber, and even just regular products sometimes. This truck has been such a powerhous...

Plain in appeal, powerful in performance

The FAW 420T10, for a full size heavy duty tractor head, looks very plain, simple and under-equipped. However, when you try to ex...