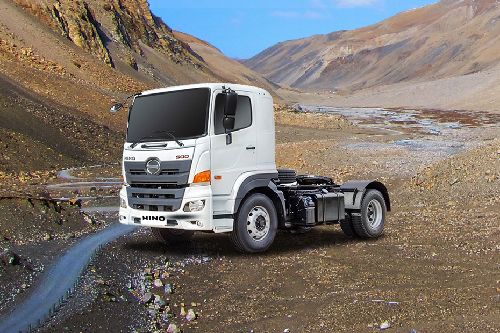 Checkout SG1AF7B price list below to see the SRP prices and promos available.

The Hino SG1AF7B is a medium-duty cargo truck that is designed to deliver superior performance and durability. This truck boasts a very appealing design that is complemented by a large windshield and daunting grille on the front. The inside features a decent cabin with ample headspace and legroom for the driver along with an adjustable driver seat. Powering this truck is a 8.8-litre turbocharged & inter-cooled, inline 6-cylinder diesel engine that makes 347bhp of power at 2100 rpm and 1422m of torque. The engine is mated to a 9-speed manual transmission with a synchromesh clutch. In terms of safety, this truck is equipped with seat belts and ABS.

Get the better insights of Hino SG1AF7B, Read our expert opinion and helps to buy or not

Low on maintenance and high on reliability

Hino doesn’t have any near competitor where heavy duty trucks are concerned. I have always relied on Hino. I am into industrial c...