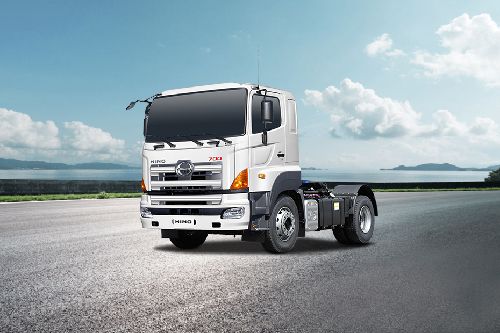 Checkout SH1EESA price list below to see the SRP prices and promos available.

The SH1EESA belongs to the 700 series of trucks by Hino and is powered by a 12.9-litre engine that makes 410 PS of power and 1863 Nm of torque. The engine is mated to a 7-speed synchromesh transmission and is powerful enough to propel the truck to a top-speed of 117 kmph. The suspension setup consists of semi-elliptic leaf spring shock absorbers on both ends. The cabin gets a decent layout that is well in line with the overall design philosophy of this truck. The Driver Information Display shows all the important bits which assist in a relaxed drive.

Get the better insights of Hino SH1EESA, Read our expert opinion and helps to buy or not

Mechanical underpinnings and engine are quite reliable

Interior cabin looks dull and lacks a number of features