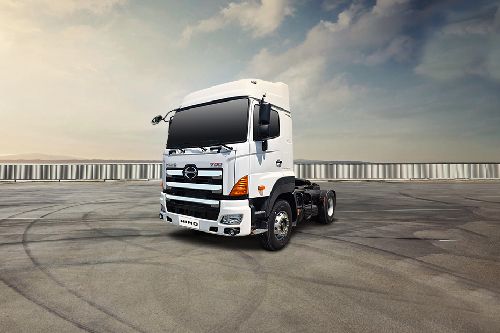 Checkout SH2PEUA price list below to see the SRP prices and promos available.

The Hino SH2PEUA is a truck that forms a perfect combination of practicality and performance. This truck has immense power in its engine that makes it possible for you to carry out load-carrying duties with ease. Powering this truck is a 10.5-litre P11C-VA 4-cycle inline overhead-valve, water-cooled diesel engine that makes 340 bhp of power and 1483 Nm of torque. The engine is paired to a 12-speed synchromesh transmission and is powerful enough to propel the truck to a speed top-speed of 135 kmph quite easily. Special features on the truck include seat belts, ABS, and parking brake.

Get the better insights of Hino SH2PEUA, Read our expert opinion and helps to buy or not

It’s the best truck for heavy load carrying duties. The 10.5-liter diesel engine is immensely powerful to carry all types of road...