Filipino singer vies to be next Subaru ambassador 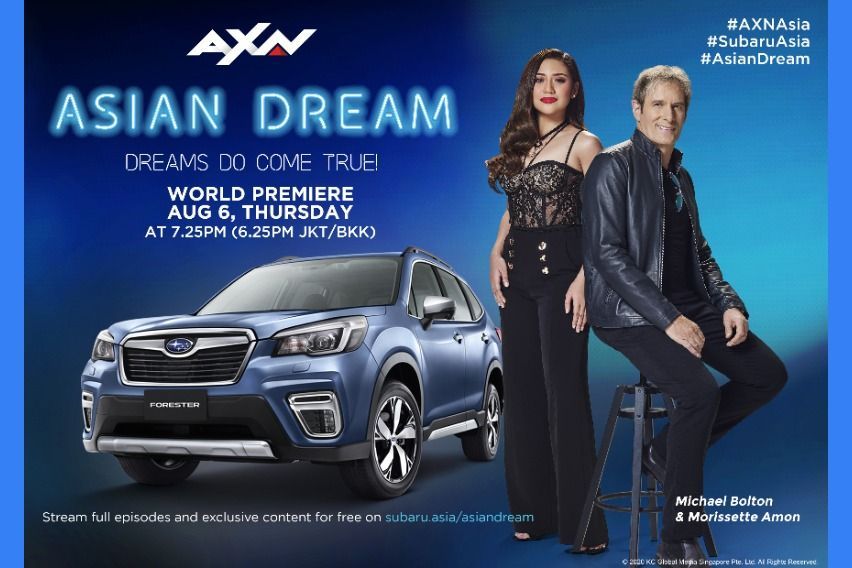 Subaru Asia has inked a partnership with musical icon Michael Bolton for the premier season of the latest reality singing competition, Asian Dream.

To be exclusively aired on AXN starting August 6, Asian Dream focuses on six musicians from across Asia who will vie for a spot on Bolton’s Asian Dream tour and become the next Subaru Ambassador.

During the progressive elimination format, these singers will undergo physical and mental challenges up to the final showdown. Regional distributor for Subaru in the region Motor Image—a wholly-owned subsidiary of Tan Chong International Limited—is committed to developing Asian talent as they have previously sponsored programs like Asia’s Next Top Model and commissioned Bolt of Talent.

“We are proud to provide a unique platform and opportunity for aspiring singers to pursue their dreams. They are mentored individually by industry veterans, hone their skills through a series of challenges and improve their performance. Through this experience, as they grow as performers, I hope Asian Dream will serve as a launchpad for their future success,” Deputy Chairman and Managing Director of Tan Chong International Limited Glenn Tan said. Tan will also stand as a guest judge for the competition.

Bolton, who has numerous Grammy awards under his belt, is one of the creators of the show and serves as a resident judge on Asian Dream.

“I am thrilled to be partnering with Subaru Asia to find some of the best and brightest stars in the region, and helping them rise to their full potential. Although I was signed at the age of 16, it took me eighteen years to breakthrough, so I feel I can relate to these young artists’ aspirations. It takes more than just a great voice or an x-factor to make it in the music business; it also takes commitment and drive, values which we share with my friend and collaborator Glenn Tan,” Bolton said.

Porsche Philippines has recently announced the availability of the all-new 911 Turbo S on Philippine shores. Also known as the...

Popular food delivery app Foodpanda widens its reach to include Valenzuela City. Now, people in the northernmost area of Metro...

Volvo Cars has just received acclaim from a third-party company for its climate action plan, one of the most ambitious...

General Motors is streamlining their lineup as they have just announced that their next-generation EVs will be powered by a...

Porsche Philippines has recently announced the availability of the all-new 911 Turbo S on Philippine shores. Also known as the...

Volkswagen ID.R gets a new look for Goodwood SpeedWeek

Since the project launched in 2018, Volkswagen's fully-electric race car has always sported grey, blue and red colors, all while...

The world premiere of Volkswagen’s first fully electric SUV, the ID.4, is now upon us. Based on the German carmaker’s...

Volkswagen officially sent out the first batch of the ID.3 1st Edition last week. The limited-edition cars were delivered to...