Volkswagen ID.R gets a new look for Goodwood SpeedWeek 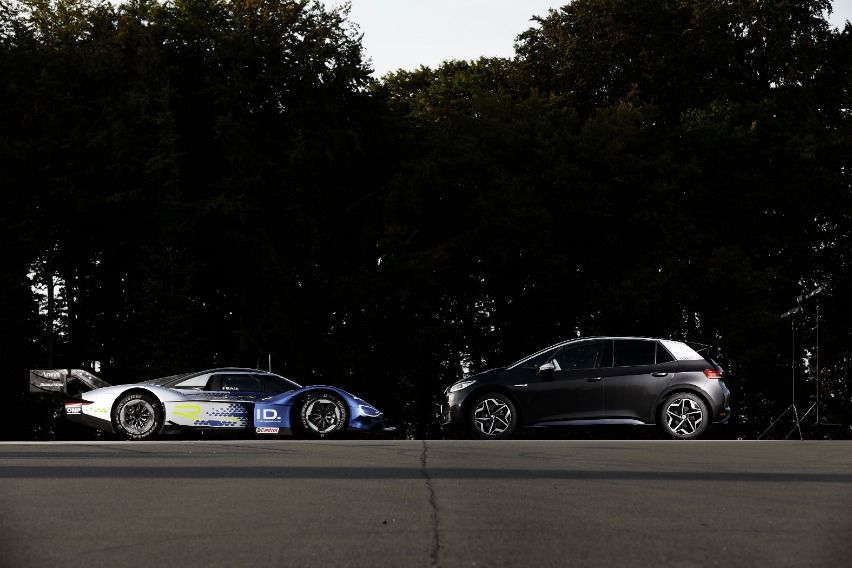 Since the project launched in 2018, Volkswagen's fully-electric race car has always sported grey, blue and red colors, all while setting ﬁve records on three different continents. However, all that is about to change as the ID.R is set to run at the Goodwood SpeedWeek wrapped in a new blue/silver ensemble. These colors are more than just a style change, though. The Volkswagen design team deliberately decided to choose these color tones to convey a message. The blue shade serves as an identifying characteristic for both Volkswagen Motorsport and Volkswagen R, while the silver is taken from the color program for the ID.3, the ﬁrst production model from the range of fully-electrically driven cars by Volkswagen.

To emphasize its close connection to the ID. family, the ID.3 will appear alongside its big brother, the ID.R at Goodwood SpeedWeek. The ﬁrst model from Volkswagen's new generation of fully electric vehicles has been on sale since mid-July, and delivery has already begun for the ID.3 1st Edition in the UK, with production limited to 30,000 cars. 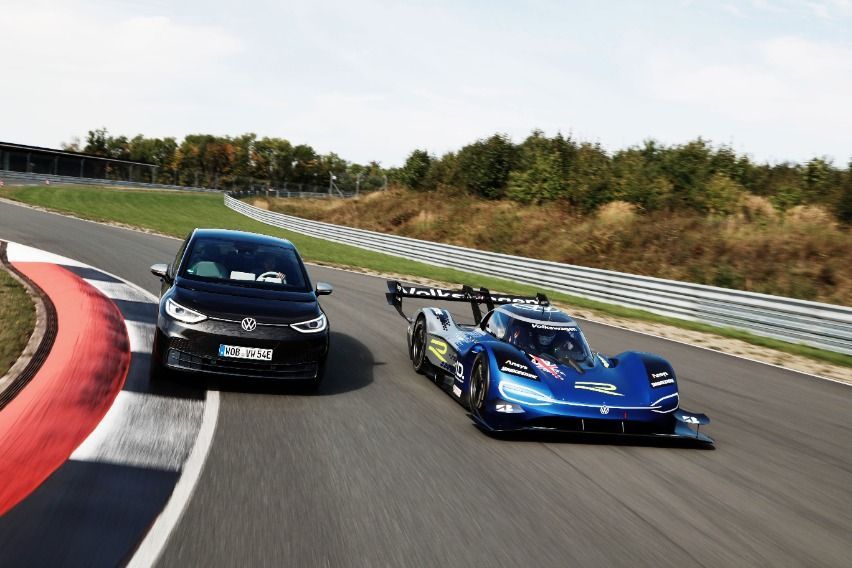 “Of course, the color scheme is one of the ﬁrst characteristics that catches the eye,” says Marco Pavone, Head of Exterior Design Volkswagen. "In addition to the choice of colors, the honeycomb elements are another distinguishing feature. On the ID.3, these are present on the front skirt and the C-pillars, for example. With the 500 kW (670 hp) ID.R, the honeycombs do not just play a part on the outer skin, featuring in the “Union Jack”, the British ﬂag that appears as a homage to Goodwood SpeedWeek. Inspired by the form of the honeycomb, the tremendously rigid hexagons ﬁnd application in composite materials in the monocoque and in the aerodynamic components of the electric racing car."

Despite being on two completely different levels, the closeness and design continuity within the ID. family was an important premise for the design team.

“When we make it, it must be recognisable one-to-one as a member of the ID. family,” says Pavone about the speciﬁcations. “Of course, that is extremely challenging as you have to pay attention to other things when you are designing a high-performance vehicle. We managed to achieve this despite the aerodynamic challenges and I believe that customers and motorsport fans can recognize the car as an ID. member - even if you were to completely remove the decals.” 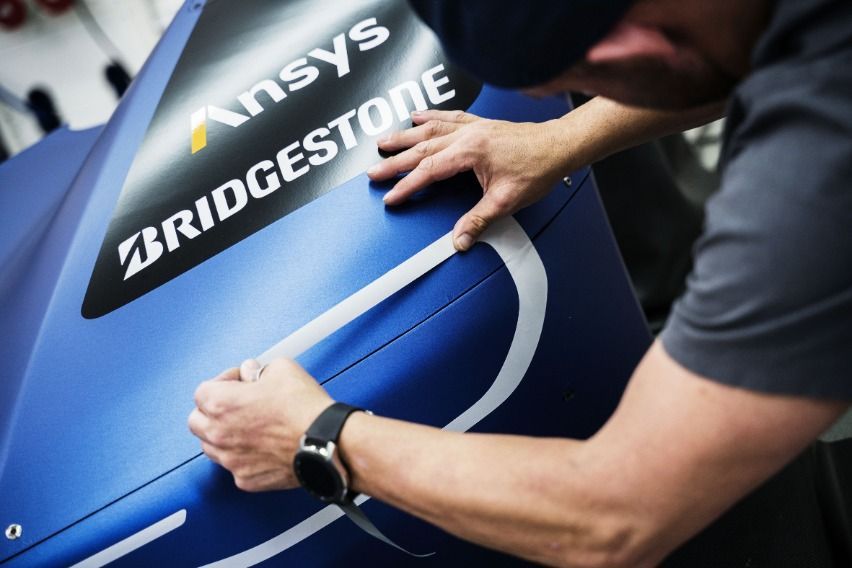 During the development process, the design team faced some special hiccups, such as the limited options for executing the design on ﬁlm. “The wheel arches on the ID.R stretch a long way up. The ﬁlm must therefore be able to deal with a large deformation,” says Pavone.

"The ﬁlm is warmed during the application process to pull it over the shape. However, the ﬁlm can only be stretched so far. If you overdo it, it could tear,” explains Pavone, adding: “If you were to print a design like the ID. honeycomb on the ﬁlm and then deform this in a three-dimensional manner, the honeycomb structure would no longer appear correctly. The design that we can implement is eﬀectively limited to the surface where the ﬁlm can deal with the deformation.”

Volkswagen Motorsport's efforts on this fourth redesign for the ID.R succeeded in clearly establishing the electric race car as a prominent member of the ID. family. “I see something modern. I can see that it is an ID. car, and that is electrically powered,” says the Head of Exterior Design Volkswagen.