The Nissan NV350-Urvan or as it is known more commonly in other markets – the Nissan Caravan – is one of the best-selling minivans in the world. First launched back in 1965, It almost carries a historical significance in the company’s lineup. The commuter van remains to be very competitive against other vans like the Toyota Hiace thanks to frequent updates. The Urvan takes a no-nonsense approach to commuting a large number of people with a strong focus on practicality and affordability over things like luxury or style. The NV350-Urvan can fulfill a whole host of roles and requirements thanks to its multiple variants and seating options. There are five variants in total including the cargo model, the Standard 15-seater version, the Standard 18-seater version, and the Premium 15 seater with either a manual or an automatic transmission. All of these are equipped with the same 2.5L inline 4-cylinder turbocharged engine producing 129 PS of maximum power and 356 Nm of peak torque. Prices similarly vary from Php 1158000 for the cargo to Php 1836000 for the premium AT variant.

Get the better insights of Nissan NV350 Urvan, Read our expert opinion and helps to buy or not

The Nissan NV350 Urban is an efficient people and cargo hauler. You can use it for both purposes. I bought it as people hauler. T...

A minivan that is high on comfort factor

You can avail this minivan in different version that is varying as per the number of seats that the car is inclusive of. The car ...

The value for money minivan

I was looking for a compact minivan for my business and after a lot of research and recommendations, I settled for the Nissan NV ...

There's a common belief that light commercial vehicles are more into function over form. And that's true for the 2018...

Renault-Nissan-Mitsubishi Invests in WeRide.ai to Develop Self-Driving Cars for China

It's now becoming clearer than ever that the future of mobility leans on electric vehicles (EVs). Aside from developing EVs,...

Some 45 brand-new Nissan NV350 Urvan vans converted into type-2 advanced life support ambulance units are to be turned over... 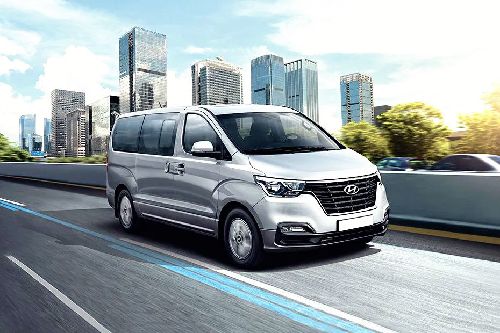