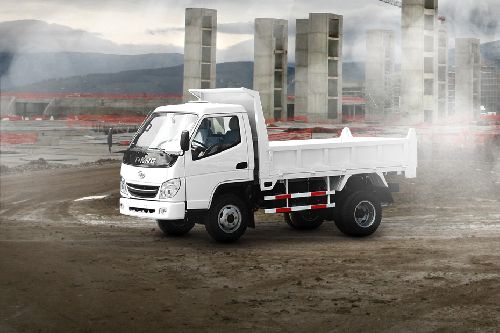 The Neptune D is a mini dump truck from T-King that is known for its responsive engine and dependable performance. The Neptune D features a tiltable and subtle cabin that offers ample space to the driver along with a comfortable seat with adjustable features. Safety is taken care of by hydraulic brakes, parking brakes, and seat belts. Powering the Neptune D is a 3700cc 4-cylinder, in-line water-cooled 4-stroke, diesel engine that makes 88 PS of power and 230 Nm of torque. The engine is mated to a 5-speed manual transmission and is powerful enough to propel this truck to a speed of 90 kmph.

Get the better insights of T-King Neptune D, Read our expert opinion and helps to buy or not

Ample performance for the size

Not an established brand

The Neptune D is available only in the tipper model in the Philippines. So it’s a dump truck and is known for its responsive engi...