Nissan Sentra for Sale in Philippines

Jun 22, 2021 - Currently, 5 Nissan Sentra for Sale in Philippines. Carmudi is your ultimate destination to find all new Cars (5) information, including Car specs, features, prices and images that will help you choose.

Take it from Goldilocks, sometimes when you have to choose something, you have to settle for what’s “just right” rather than go for the “too much” or “too little.” In your search for a budget-friendly first car or a trusty four-door family sedan, a choice that sits quietly in the middle and absolutely worth your consideration is the Nissan Sentra. This front-wheel drive sedan has a decently powered engine, ample features, and more than enough good qualities to serve as your practical daily driver. The Nissan Sentra has been around since 1982, and was among the most popular cars in country in the 90s. The second generation of the Nissan Sentra up to the fourth generation sold consistently—although not at impressive rates—in the Philippines due to their affordable price, reliable performance, and well-known Nissan Sentra MPG consumption, making them a top choice among students, young professionals, and other individuals who simply need a car for its function more than its form. In the past few years, however, Nissan had a bit of a slump in terms of product offerings and brand marketing.

Fortunately, as soon as the national sales company for the Nissan brand in the country, Nissan Philippines Inc., was established in 2014 and took the brand control reins from Nissan Motors Philippines Inc. and Universal Motors Corporation, NPI began to enliven Nissan’s dormant product line starting with the launch of the 2014 Nissan Altima and the 2014 Nissan Sylphy, wherein the latter served as the Sentra’s replacement. Despite being discontinued in favor of the Nissan Sylphy in 2014, the Sentra name continues to live on in other markets overseas. For the 2016 model year, the Nissan Sentra underwent a couple of redesigns and updates, such as new wheels, front and rear bumpers, and hood, to closely resemble the Nissan Altima and Nissan Maxima. The new 2016 Nissan Sentra hit U.S. dealerships on December 2015 and won’t likely roll into local dealerships as Nissan Philippines Inc. (NPI) focuses their marketing efforts on the Sylphy. 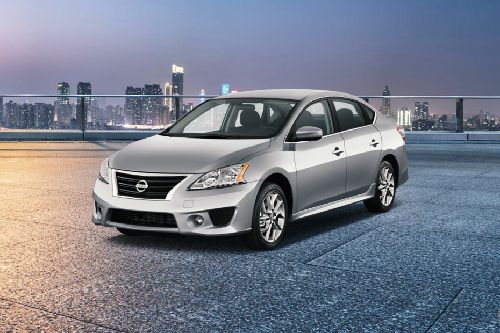