Nissan Teana for Sale in Philippines

May 08, 2021 - Currently, 5 Nissan Teana for Sale in Philippines. Carmudi is your ultimate destination to find all new Cars (5) information, including Car specs, features, prices and images that will help you choose.

It's not that easy to break into the executive car segment these days, although if there's one that can surely do so, then it would be Nissan Teana.  Stylish and classy, this car makes you think of those by gone, age-old days when chivalry and etiquette were the norm--and not the exception-- in any society. Whatever the case, the Nissan Teana Philippines has features that are as modern as any car should be. It boasts of great acceleration, high quality interior materials, and plenty of safety amenities that will keep you secure all throughout the ride. It also has other impressive features in the interior and safety department, so you will surely feel like an executive on his / her way to a business meeting.

The Nissan Teana is a 4-door, 5-seater luxury midsize sedan which is placed by its Japanese manufacturer in the executive car segment. It’s currently placed in the premium sedan segment, which has the most extravagant family cars in the domestic market. First introduced to Japan in 2002 and to the global market in 2004, the Nissan Teana has since expanded to three generations, with its latest released in 2013. In other markets, the Teana has also been rebadged as the Maxima and the Altima, with just a few alterations. All three share the same platform.

Locally, the Nissan Teana competes with nameplates such as the Toyota Camry and the Honda Accord. These models are known for their reliability and are the first two names that come to mind in this group. The Camry and Accord are also known for their value as both their Japanese manufacturers throw in a lot of equipment. Alternative nameplates in this segment include the Hyundai Sonata and the Kia’s Optima. The Sonata is known for its elegant body styling and very refined handling. It is also cheaper than its other rivals. The Optima, on the other hand, is known for its very potent engine and is usually covered by a long warranty. Read below to

Nissan Teana Review in the Philippines

Under the hood, the Nissan Teana is equipped with a 2.3-liter 6-cylinder DOHC gasoline engine which pours in 173 horsepower and 224 Nm of torque. When driven in highway conditions, it can accelerate from 0-100 kilometers per hour (kph) in 7.2 seconds and has a top speed of 195 kph.

The Nissan Teana has a unibody construction partnered with an independent strut with coil springs front suspension and a multilink in its rear. This is mated with an XTRONIC Continuously Variable Transmission (CVT) or an XTRONIC CVT with manual mode.

The Nissan Teana fuel consumption ratings are as follows:

The Nissan Teana offers great comfort for both front and rear passengers. Its cabin is peppered with features that will make every journey pleasing and relaxing such as a double sun roof, a dual air conditioning system and an in-dash sound system. Its dash and doors have wood trims to finish off its executive look. The Teana has been praised for being one of the better premium sedans because of how it is packaged. This car also has excellent handling and a fast-transitioning transmission.

If there is one area where the Nissan Teana can edge out its competitors, it is in its safety and security department. The Association of Southeast Asian Nations (ASEAN) New Car Assessment Program (NCAP) gave the Nissan Teana a five-star safety rating with a perfect score of 16 out of 16 in the adult occupancy department and an 88-percent Child Occupant Protection. Its top-of-the-line variant also has side airbags, xenon headlamps and automatic headlights, while standard models come with:

This car’s has plenty of legroom which will suit taller passengers. Inside the Teana’s majestic cabin are features such as leather seats, with a push button ignition, drive computer in meter display, and cruise control.

The Teana has a very neat front fascia with an extended hood and sharply-styled headlamps. It also comes with a horizontal bar chrome grille and has a lower lip for easy air intake. Exterior features include

The Nissan Teana has six spectacular colors you can choose from:

New and 2nd hand Nissan Teana for sale are sold by various car dealerships across the country. Expect the following prices for a brand new Nissan Teana or a 2nd hand Teana when you browse through our website:

New Nissan Teana in the Philippines

Know more about Nissan Teana price list in the Philippines 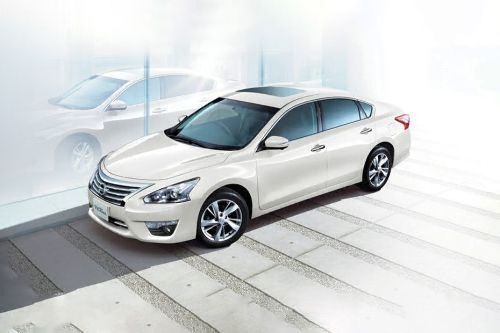 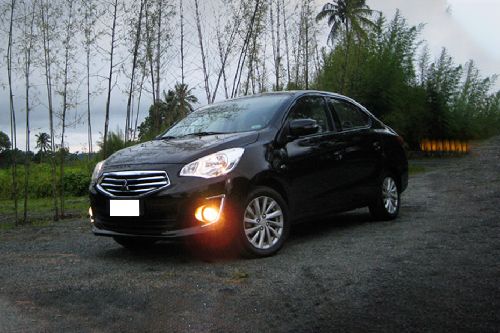