Subaru Levorg for Sale in Philippines

May 12, 2021 - Currently, 3 Subaru Levorg for Sale in Philippines. Carmudi is your ultimate destination to find all new Cars (1) information, including Car specs, features, prices and images that will help you choose. Find great deals on good condition 1 second hand Cars for sale in the Philippines with price, features, images and specifications. Check out the largest stock of used Cars all over the Philippines, starting at ₱988,000 only.

Those hearing of this wagon would ask why it has a name like that. If you’re guessing that Levorg sounds like a complete mesh of a bunch of words, then you’re not far from the truth. In fact, Levorg is a mix of the three words “Legacy”, “Revolution”, and “Touring”. The “LE” came from the first two letters of Legacy; the “VO” which came from the third and fourth letters of Revolution; and the “RG” which came from the fourth and seventh letter of Touring. Amidst every criticism its name has received, one thing’s for sure. Subaru has them all automakers beat when it comes to putting words in the blender.

The Subaru Levorg shares its platform with the WRX. As a wagon, this one adopts the WRX’s sporty look, yet with a practicality that any family-man would love. If you love to have a sporty car with family-friendly features, then a new Subaru Levorg or a 2nd hand Subaru Levorg might be the car for you. Read below to know more about the engine specs, features, and prices of the Subaru Levorg Philippines.

Subaru Levorg 2019 in the Philippines

The current Subaru Levorg Philippines hasn’t received any updates since it was introduced in the country in 2015. Subaru still offers a practical family-friendly car wrapped in a sporty and aerodynamic package. Some of the features it’s still equipped with are:

What is new about the Subaru Levorg 2019 design?

Design-wise, the current Subaru Levorg Philippines still sport the same prominent features to give off an aerodynamic and athletic silhouette outside. Inside, the cabin is still as premium as ever, with quality-made interior trim materials. Some design features include:

What are Subaru Levorg 2019 specs and features?

The current Subaru Levorg specs is still the same as the previous year. The wagon is still powered by the same 1.6-liter engine and a set of hi-tech features that you’ll always enjoy.

What are Subaru Levorg 2019 prices in the Philippines?

According to Subaru’s website, a current brand-new Subaru Levorg 1.6 GT-S has a price of P1,838,000 in the Philippines. Here in Carmudi, we also offer the same.

Subaru Levorg Review in the Philippines

The Subaru Levorg 1.6 GT-S is the only variant of Subaru Levorg offered in the Philippines. It is powered by a 1.6-liter DOHC Turbo Boxer engine that can produce a maximum output of 168 hp and a maximum torque of 250 Nm.

The boxer engine, which name, according to Subaru Manchester, came from the “horizontal movement of the pistons” which were “like boxers throwing punches”, is present to all Subaru vehicles, including the Subaru Levorg. Combined with its Symmetrical All-Wheel Drive System and Lineartronic Transmission, the Levorg can also offer a total control on the road with its stable, fuel-efficient, and robust performance.

Subaru rates the Levorg with a fuel consumption of 7.4 liters per 100 km or 32 mpg. For more references, here is a list of some popular Subaru Levorg years and their fuel consumption rates:

The cabin of the Subaru Levorg offers a premium feel with its quality interior trim materials. Spacious with a decently tall headroom, occupants are sure to have a comfortable stay all throughout the journey. Not only that, the cockpit is driver-centric, offering an ergonomically-designed dashboard. Some interior features of the Levorg include:

For a car that offers a family-friendly practicality, the Subaru Levorg wagon looks sporty and aggressive. Based on the WRX STI platform, the Levorg sports a distinctive hood scoop and body curves for an athletic and aerodynamic silhouette. Some of its exterior features also include:

For those looking for customization options for this vehicle, you’ll be glad to know that Subaru offers seven different exterior colors for the Levorg in the Philippines. Aside from the Steel Blue Grey Metallic, other colors offered are:

Know more about Subaru Levorg price list in the Philippines 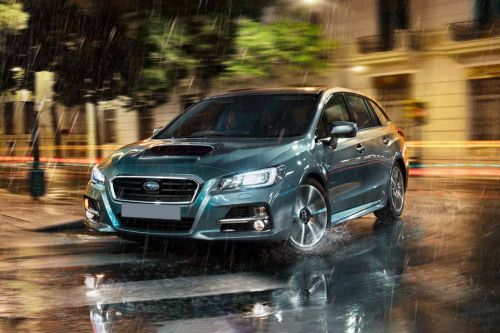 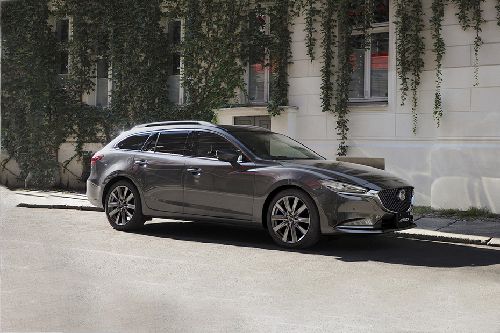 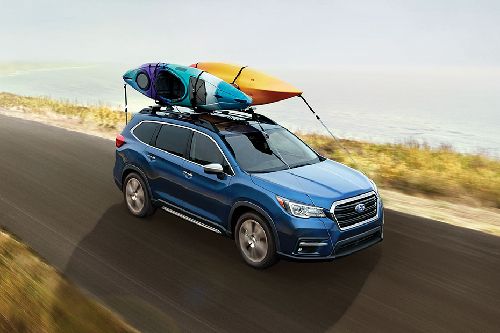 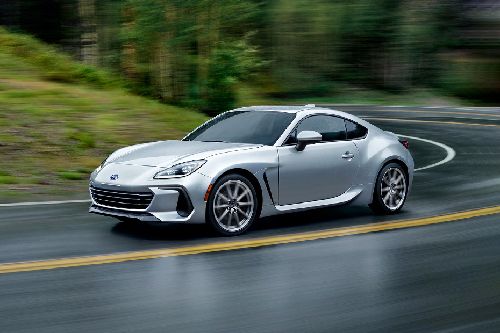 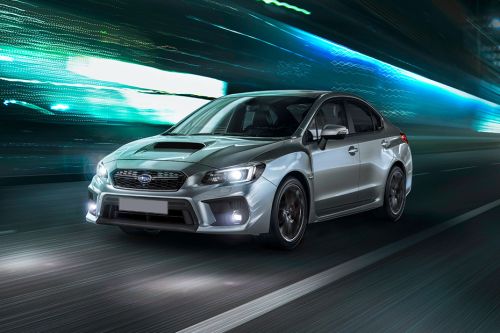