18 Fun and Interesting Facts about the Motorcycle

Did you know that there's a motorcycle that indirectly uses human and animal waste for fuel? And who is  this Matrix star who actually co-owns a custom motorcycle shop in Hollywood? Can you guess who he is?

Here are some interesting facts about the motorcycle you can use to show-off your motorcycle know-how:

1) According to the Guinness World Book of Records, the earliest internal combustion-engine motorized bicycle was the Daimler Reitwagaen, and was invented in 1885 by Gottlieb Daimler and Wilhelm Maybach in Germany. It was named 'Einspur', and was lost in a fire in 1903.

2) The term "motorcycle" (or "motorrad" in German) was first used in 1894 by Hildebrand & Wolfmüller.

3) The first ever blind person to set the record in 2003 for riding a motorbike was Billy Baxter, who lost his eyesight when he was serving in Bosnia.

4) How many motorcycles does it take to fill up the same parking space for a single car? Around eight motorcycles.

6) Helmet use was actually mandated following Colonel T.E. Lawrence's (Lawrence of Arabia) death in a motorcycle accident. He was killed after he swerved to avoid two boys riding a bicycle.

7) The longest distance a man rode a motorcycle in 24 hours was 3,256.5 km (2023.5 miles). Earning a spot in the Guinness World Book of Records for this attempt was Matthew McKelvey aka Bushy (South Africa), who drove his bike at Phakisa Freeway in Welkom, South Africa, on 8 October 2014. 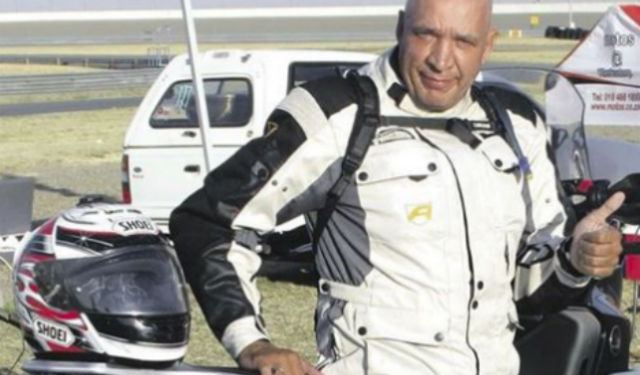 9) Many of the most popular motorcycle companies today are extremely versatile in their products.

10) Vespa, the iconic Italian scooter manufactured by Piaggio, was what 51-year old, former CEO Andre Pininfarina (of the Italiancoachbuilder and car designer Pininfarina) was riding when he died after colliding with a Ford Focus that was driven by a 78-year old man. 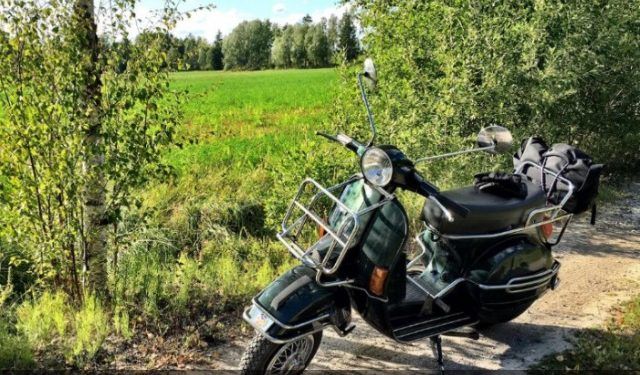 11) A lot of famous Hollywood celebrities ride motorcycles, and some of them include:

12) Speaking of Keanu Reeves, the Matrix star actually used a part of his profit from the Matrix to buy motorcycles for all of the movies' stuntmen.

13) And here's another Keanu Reeves trivia: he's extremely passionate about motorcycles, enough to form his own company: the Arch Motorcycle.

14) What's the longest motorbike ever built? According to the Guinness World Book of Records, the longest motorcycle ever  built was 26.29 meters (86 ft 3 in) long. It was created by Bharat Sinh Parmar of India, and was introduced at Lakhota lake, Jamnagar, Gujarat, India, on January 2014.

His Citroen apparently broke in a Moroccan desert 20 miles from the nearest village. So he just used his car's parts to create a makeshift motorcycle.

According to an article in Dailymail.co.uk:

"His ingenious engineering saw him convert the car's rear bumper into a rudimentary seat, shorten the chassis, and place the engine and gearbox in the middle to create a vehicle which somehow kept going long enough to transport him to safety."


16) Japan once built a motorcycle that was indirectly powered by human waste. Its name is the Toilet Bike Neo, and its creator is high-end toilet manufacturer Toto. The bike uses human waste that’s turned into biofuel. It's then stored inside two compressed gas cylinders and are placed on the bike to allow it to run a distance of 300 km before refilling.

17) The first-ever Harley-Davidson motorcycle only went 25 mph (40 kph). It also had a single-cylinder engine that initially used an empty tomato can for its carburetor.

And its famous black and red logo was actually painted by Davidson’s aunt.

Kia updated the compact Picanto with a new generation in 2017, imbuing the brand’s smallest vehicle offering with contemporary style...