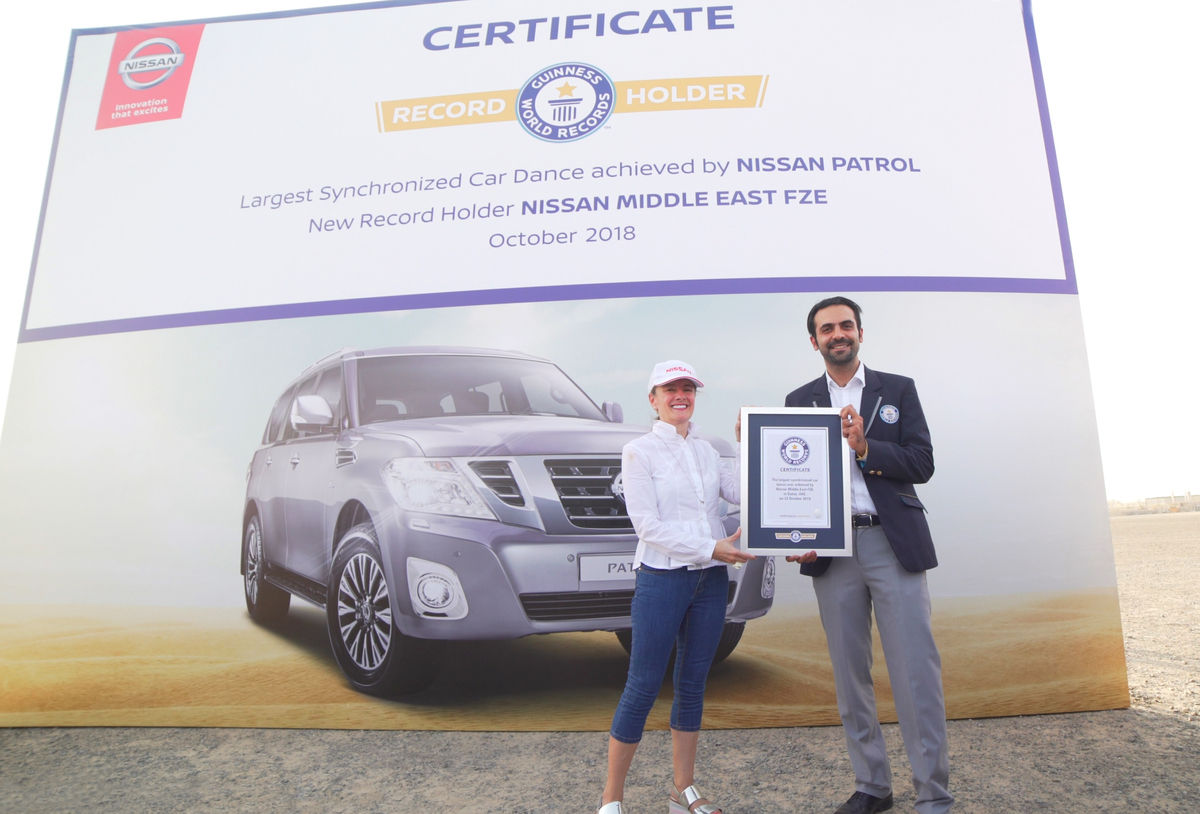 You read that right—a fleet of Nissan Patrols has set a new Guinness World Record for the 'Largest Synchronized Car Dance.' Who would have thought that the big and muscular Patrol can dance, right? Well, the 180 units of Nissan Patrols didn't exactly dance the night away. The said Guinness world record is clinched by Nissan by managing to feature the greatest number of cars moving in unison within a formation. Nissan says a total of 180 Patrols took part in the record attempt and drove in a synchronized routine in the shape of a giant desert falcon.

While we try to convince ourselves about the importance of this accolade, Nissan shared that they've beaten the previous record wherein 36 cars drove in a synchronized routine. The giant falcon-like formation is made possible through two concentric lines of cars drove in opposite directions. When viewed from above, and with a bit use of your imagination, the formation looks like a giant falcon in flight over the sands of the Arabian desert. Watch the video posted below to see how the 180 Nissan Patrols achieves the Guinness world record for the largest synchronized car dance. Of note, don't blink because you might miss the appearance of the giant desert falcon. https://www.youtube.com/watch?v=pm82miDjvn4