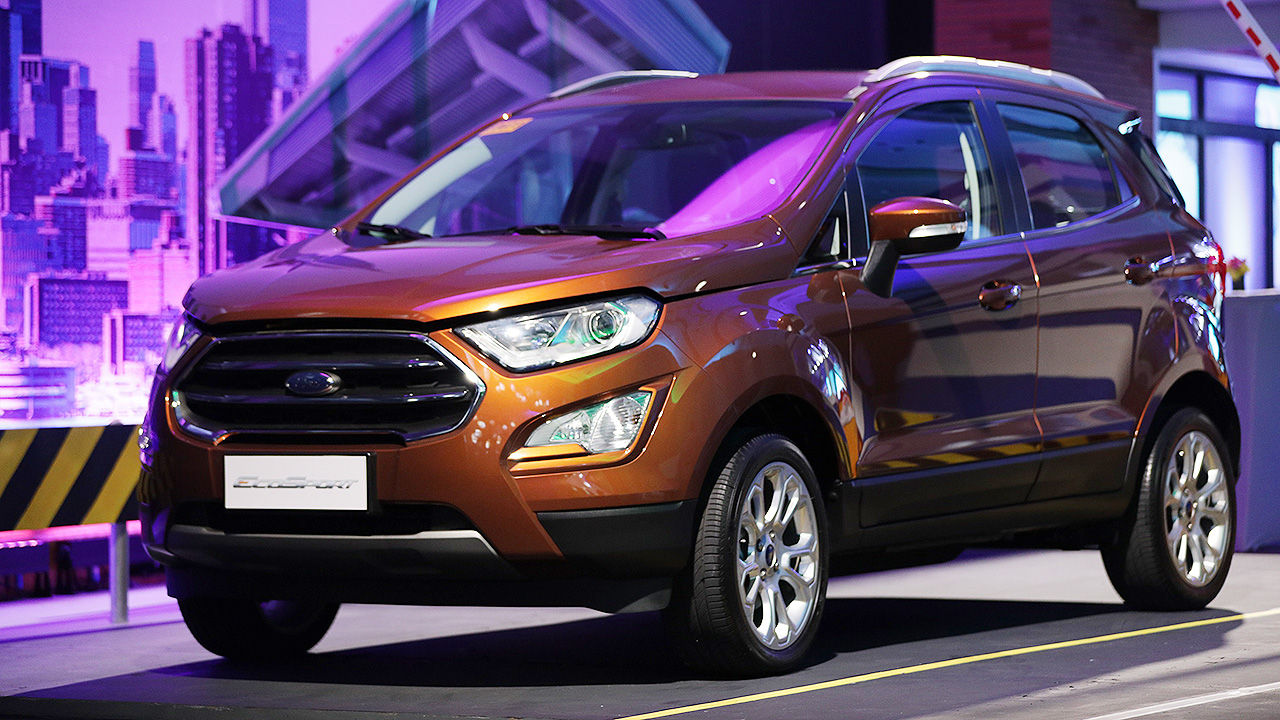 Ford Philippines has updated the Ford EcoSport, giving it not just a new face and new equipment, but a new engine offering as well.

The EcoSport has proven to be one of Ford's best-selling vehicles since its launch in 2014, and proof of it is the number of units you'll see on the road at any given time. The EcoSport's launch in 2014 also created the mini crossover segment in the local market, which it has led in the last four years, even holding a nearly 50 percent share of it in 2017.

"The Ford EcoSport is an SUV in a league of its own--combining quality design, rugged capability, best-in-class features, superor fuel economy, and great value for money, all into a single and fun vehicle," said Bert Lessard, managing director, Ford Philippines.

The biggest update for the 2018 Ford EcoSport is the availability of the American carmaker's award-winning 1.0-liter inline-three-cylinder EcoBoost engine for the range-topping Titanium variant. Paired to a six-speed automatic transmission, the turbocharged mill produces 123 hp and 170 Nm of torque through the front wheels.

For the three other variants, Ford has a new and more powerful 1.5-liter engine that features Twin Independent Variable Camshaft Timing (TiVCT) to help improve efficiency and puts out 121 hp and 150 Nm of torque through either a five-speed manual or six-speed automatic gearbox. 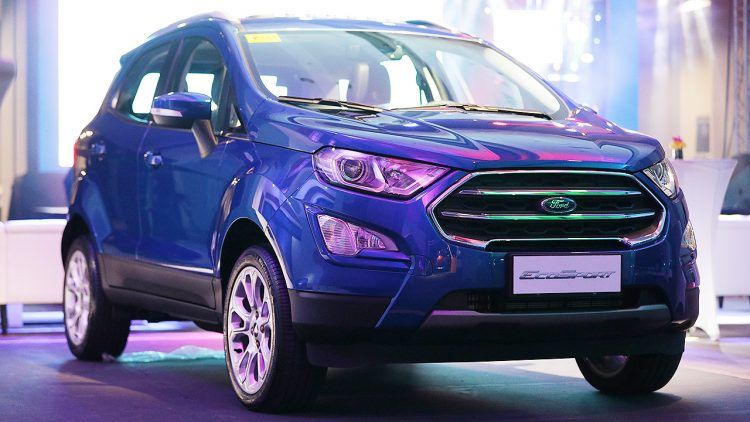 Changes to the EcoSport's exterior includes a new grille, hood design, headlights, and lightweight 17-inch alloy wheels. While the changes to the exterior aesthetics are minimal, the interior is a totally different story as the entire dashboard has been changed. Gone are the infotainment system's large buttons on the center stack and the climate control system and in their place is a more traditional setup, with an eight-inch multicolor touchscreen display with a redesigned interface and intuitive layout on top for the Titanium variant. Even the cabin's interior space has been improved as it now reportedly can accommodate up to 1,178 liters and even has 25 smart storage compartments.

Ford Philippines is also highlighting the flurry of smart systems, including driver-assist technologies that it has fitted into the EcoSport. These include the Rear View Camera with Rear Parking Assist, Rain Sensing Wipers, Automatic Headlights, and Smart  Keyless Entry. On top of these, there's also the Hill Start Assist Control, Electronic Brake-force Distribution System, Electronic Stability Control, and Anti-Lock Brake System. And let's not forget the Auto Start/Stop function.

The EcoSport also has Ford's new SYNC 3 system that allows drivers to keep their eyes on the road and hands on the wheel while staying connected to their smartphone.

"The new EcoSport retains the stregths of its predecessors while introducing a number of new and exciting features," said Rodel Gallega, vice president, Marketing and Sales, Ford Philippines. "Its trendier design and sophisticated  interior, smart technologies, and the addition of the EcoBoost engine will deliver a more enhanced driving experience. We are excited for Filipino customers to get their hands on the new EcoSport and see for themselves why it's a street-smart vehicle perfect for urban driving."

The new Ford EcoSport is now available at all Ford dealerships in the following variants and prices:


Besides their nearest Ford dealership, interested buyers can also see and test drive the updated Ford EcoSport from August 31 to September 2 at the Ford Island Conquest Year 2 happening at the Big Bear Oval in Bonifacio High Street in Bonifacio Global City, Taguig.