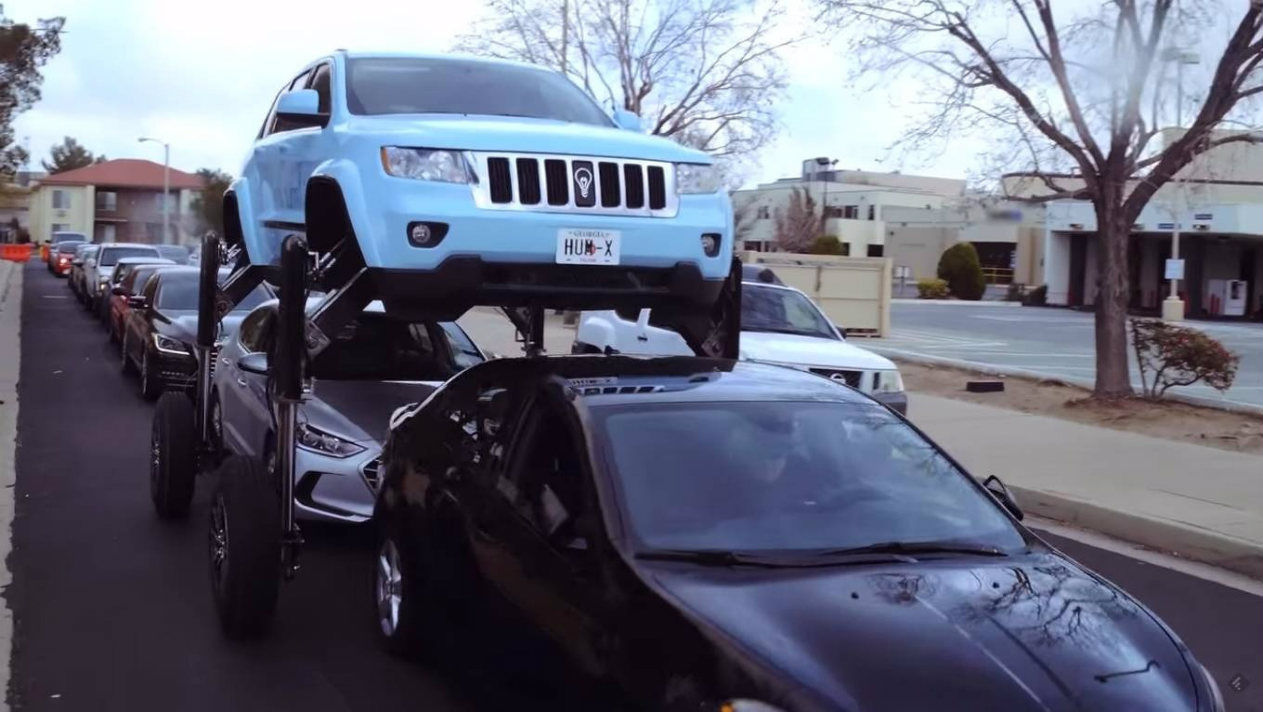 The Jeep Grand Cherokee is an SUV known for its multiple all-terrain capabilities, but navigating heavy traffic and getting around gridlocks were never among them. However, Thinkmodo, a digital marketing agency that specializes in making viral campaigns for brands, recently tinkered with the Grand Cherokee formula to create an SUV that rises several feet and drives over California traffic. 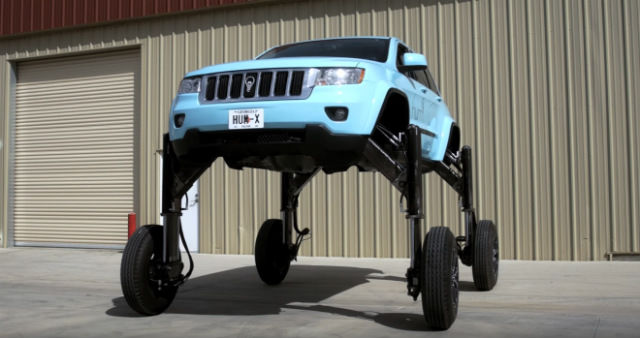 At first glance, the Hum rider can seem like the answer to all your traffic congestion woes. The moment you find yourself stuck in traffic, simply press a button to lift your car’s body up and drive over the cars in front of you.

Unfortunately, the SUV is one-of-a-kind and designed solely for marketing purposes.

Meant as a metaphor

"In many respects, (the Hum Rider is) a bit of a metaphor, taking the ordinary driving experience and making it extraordinary," said Verizon VP of Marketing Jay Jaffin. "Kind of what we’re illustrating with that crazy car that drives over cars."

Jaffin revealed that Thinkmodo came up with a number of marketing concepts, but the Hum Rider was the one that truly stuck. "We saw this one (and said), 'Wow, that is crazy,' We loved the idea," said Jaffin.

In an interview, Thinkmodo co-founder James Percelay said that they wanted something that represents the upgrade that Verizon's Hum brings to cars in a literal sense, that's why they built the car for their marketing gimmick. Engaging the services of mechanical effects engineer Scott Beverly of promotional vehicles outfit A2Zfx, they managed to create a lift system that uses over 300 feet of hydraulic lines. These lines power everything in the Hum Rider, from steering and braking to the locomotion. The system runs on a single gas-powered Honda generator that sends 900 pounds of pressure to all the hydraulic pumps.

The addition of the Honda generator and hydraulic system yielded a vehicle that weighs a total of 8,500 pounds--almost twice the weight of a standard Jeep Grand Cherokee. To support the added weight, A2Zfx used truck tires for the vehicle, which were considerably thicker and bigger than normal. 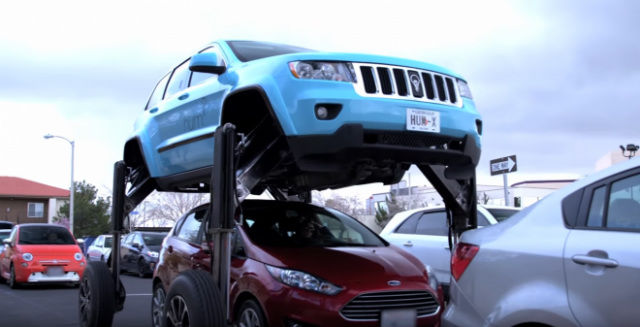 All it takes to alter the vehicle a la 'Transformers,' according to Percelay, is to press a button on the dashboard, and the car instantly raises and widens. Percelay said that the entire transformation process happens very quickly, with minimal noise.

Once fully extended, the car stands at nine feet tall, providing ample clearance over the roof of a standard car, as well as the sides. Four cameras and an integrated quad-split video screen ensure the Hum Rider doesn’t scrape the roof or break off the side mirrors of the vehicles it towers over.