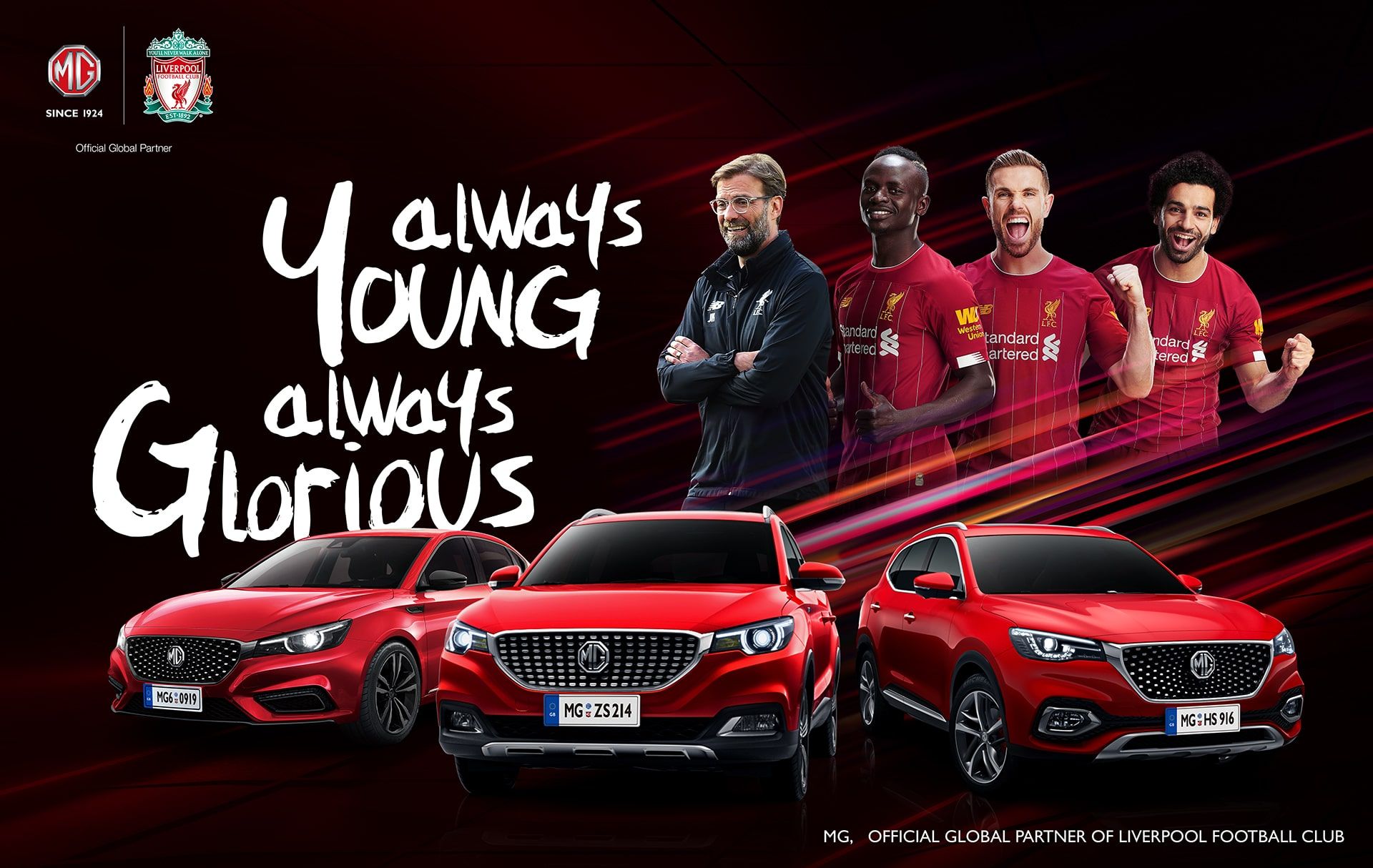 What began in 2016 as a regional deal has now evolved into an international alliance, as MG and top-flight English football club Liverpool FC have taken their partnership to the global level. This collaboration is expected to deliver mutual brand growth and awareness for both esteemed parties in several key regions around the world. "Just like the well-known saying goes: 'one tree does not make a forest'," says Michael Yang, Managing Director of SAIC Motor International Business. "We're always looking for more people and partners to come together to create great things. The joint cooperation between MG and Liverpool FC will surely do this as we create more great moments together and bring more special experiences to fans around the world." Currently, MG branding is featured on the LED screens of Anfield Stadium, Liverpool FC’s home pitch, while other perks include first team player access, signed merchandise, and exposure on the football club’s thriving digital platforms. MG has also created limited-edition Liverpool-branded vehicles, launched a TV commercial, and has invited Liverpool FC legends to attend the Shanghai International Motor Show on behalf of the brand. In addition, the partnership looks to launch engaging, fan-centric campaigns in the future, so it’s best to stay tuned for these. Such promotions may include trips to the UK to watch a Liverpool FC match live at Anfield Stadium, and the chance to be part of exclusive player meet-and-greet/autograph signing sessions. Billy Hogan, managing director and chief commercial officer of Liverpool FC, says: "MG, an iconic car brand with a rich sporting heritage, has been a valued partner of the club for several years and we’re incredibly pleased to not only be renewing this relationship, but also be expanding it on a global scale. As partners, we have brought some incredible opportunities to our fans and chances for them to get closer to the action. I'm looking forward to seeing what else we can achieve now that our focus becomes global." Locally, MG Philippines also dabbles in sports partnerships, inking deals with popular college leagues such as the UAAP and NCAA for basketball and volleyball--arguably the two most popular sports in the country today. Clearly, MG recognizes sport as an effective means to strengthen its youthful, passionate brand image. With its numerous international and regional sports partnerships, MG is primed to score big. Visit www.mgmotor.com.ph for more information about MG Philippines products and services, and follow MG Philippines on social media: OfficialMGPhilippines on Facebook and @mg_philippines on Instagram and Twitter. You may also call the 24/7 MG Philippines hotline at (02) 328 4664 for more inquiries.

Heat has the ability to seep into crevices and hard-to-reach areas, helping reduce the impact of human error in applying...