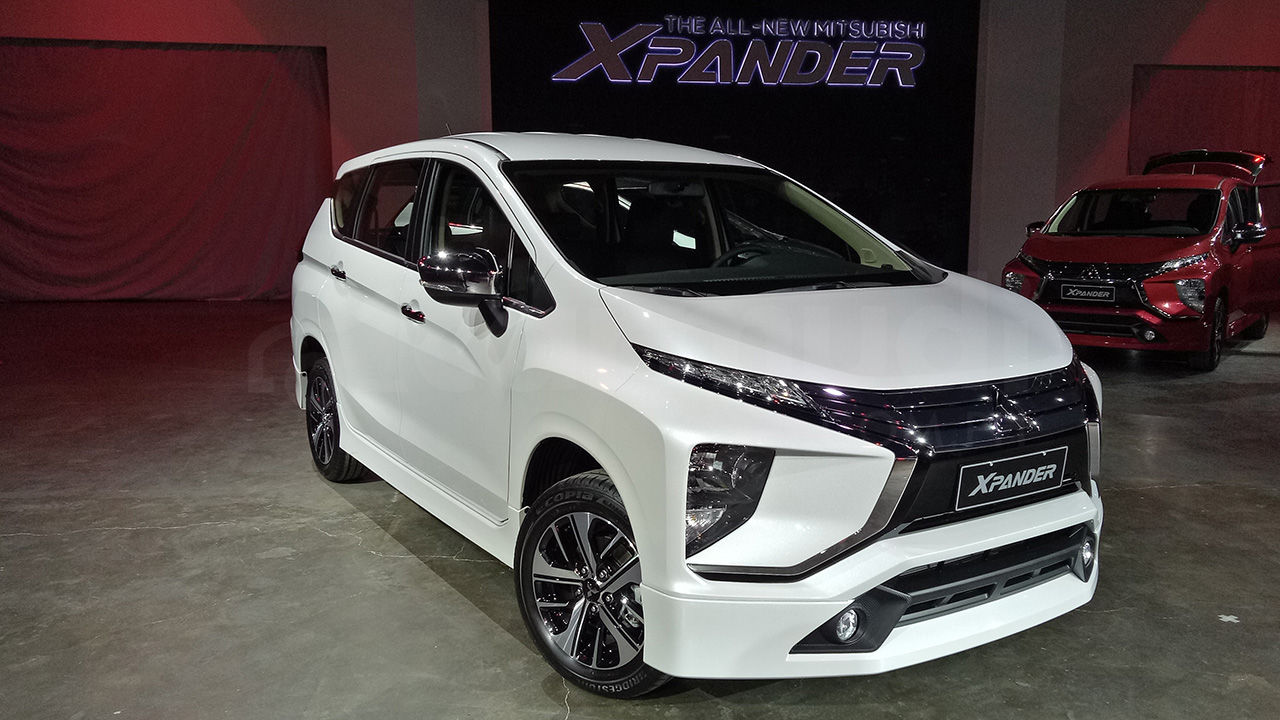 A little over six months after its global debut at the 2017 Indonesia International Auto Show in Jakarta last August 2017, the Mitsubishi Xpander is finally in the Philippines courtesy of Mitsubishi Motors Philippines Corporation (MMPC). And you can finally check it out at the 'Xpander Xpo' which is happening today, March 2, until Sunday, March 4, at the World Trade Center in Pasay City.

The Mitsubishi Xpander is MMPC's entry in the burgeoning compact MPV segment and as the latest addition to the Japanese carmaker's local lineup "reflects Mitsubishi Motors' ambition to expand customer's motoring experience to make it more fulfilling and pleasurable." 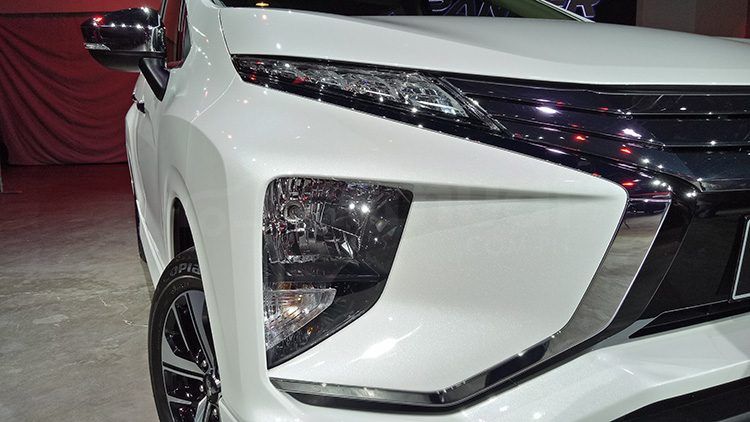 Mitsubishi's design approach to the Xpander is bold one as its LED position lamps are separate from the headlight and is mounted high on the body, almost as high as its belt line while the aforementioned headlights are mounted lower than usual, illuminating the road ahead even more.Sandwiched between the position lamps and the ehadlights is Mitsubishi's signature Dynamic Shield grille which, depending on the variant, is either clad in chrome with clear smoke coating or gloss black. At the back, L-shaped LED taillights extend onto the tailgate, a first in its class. Alloy wheels for the Xpander are, depending on the variant, either in 15- or 16-inches.

Inside, the Xpander has a class-leading interior length of 4,475 mm, providing space for seven adults with the three-row seating configuration, with access to the third row made easier thanks to the tumbling system for the second-row seats. For an even more comfortable ride, the second-row armrest is part of the seat back which can be utilized either as a large armrest to accommodate two passengers' elbows or a center space which can be used to load long items. Furthermore, if the third-row seat is not in use, the second-row seats can slide back to increase the legroom for the occupants.

With a ground clearance of 205 mm, a high seating position, and a body that was designed with reduced blind spots thanks to the windshield with ample vertical and horizontal spacing as well as the A-pillars that are positioned wider, the Xpander offers excellent visibility for the driver.

Carrying cargo is also part of the Xpander's forte, with a flat luggage floor when both the second- and third-row seats are folded flat, a first for its class, and a maximum capacity of 1,630 liters. The seats can also be arranged in various combinations to accommodate different types of cargo. And even with the third seats deployed, the Xpander still has enough space to hold four gallon bottles even when passengers are seating on the third row seats.

For a more enjoyable drive, the Xpander is equipped with a 2-DIN seven-inch capacitive touchscreen which has a built-in GPS navigation system, MP3-capable audio system with Auxiliary-in, USB port, Bluetooth connectivity, and Easy Link feature. The steering wheel is also equipped with remote audio system controls and Cruise Control. Aside from the outstanding interior space and comfort, the Xpander also offers superior convenience to its passengers by providing several storage spaces for valuables and various small items, 12V power outlets for all three rows, and a separate air-conditioning system for the second- and third-row occupants.

Safety is not an issue with the Mitsubishi Xpander as it has Mitsubishi’s proprietary RISE (Reinforced Impact Safety Evolution) body which is reinforced to absorb the impact of a collision. It is also equipped with ABS (Anti-locking Braking System) to help keep the driver in control of the vehicle when braking on slippery surfaces. When the driver brakes hard or activates ABS, the ESS (the Emergency Stop Signal System) activates and automatically flashes the hazard lamps to warn the drivers behind to help prevent rear-end collision. In addition,the top-of-the-line Xpander variant comes with Hill Start Assist, which automatically maintains the brakes to prevent the vehicle from rolling backwards when driving on a steep slope, and Active Stability Control, which automatically applies the brakes and suppresses the engine output at the same time in order to stabilize the vehicle during sudden maneuvers on slippery surface conditions. Lastly, the Xpander received a a four-star safety rating in the recent round of tests conducted by the ASEAN New Car Assessment Program (ASEAN NCAP). 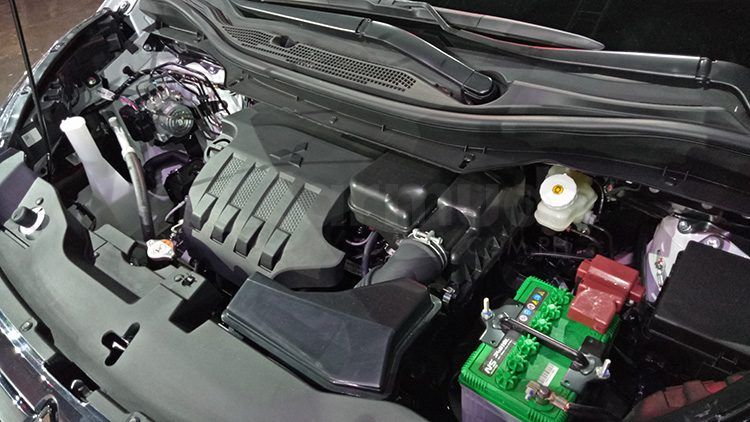 The Mitsubishi Xpander is powered by a 1.5-liter 4A91 MIVEC (Mitsubishi Innovative Valve timing Electronic Control System) DOHC 16-valve engine that, paired with either a five-speed manual or a four-speed automatic transmission depending on the variant, produces 104 hp and 141 Nm of torque. According to Mitsubishi, the Xpander's powertrain combination is a "good balance between performance and fuel consumption which makes it an ideal vehicle for the Philippine market. The Xpander is made to be fuel efficient without compromising its performance."