Ford E-150 for Sale in Philippines

May 11, 2021 - Currently, 11 Ford E-150 for Sale in Philippines. Carmudi is your ultimate destination to find all new Cars (11) information, including Car specs, features, prices and images that will help you choose.

Large-sized families are a common sight in the Philippines. For these types of families, size does matter, especially when it comes to vehicle needs. The Ford E-150 is a van that can fulfill all that and more. The largest vehicle in Ford’s fleet and the oldest model in the Blue Oval’s Philippine lineup, the E-150 is one hulking American-sized van that boasts huge interior dimensions and plenty of storage space, perfect for the big and happy Filipino family.

The ‘E’ in E-150 stands for ‘Econoline,’ which is what the van was called when it first came out in 1961. It started out as a compact van, some of which still ply American streets even after over half a century. This fact further attests to the reliability and durability of the nameplate.

The phrase “If it ain't broke, don't fix it” perfectly applies to Ford’s venerable van. The E150 was such a strong seller that Ford USA felt there wasn’t any need to update the design for many years. It wasn’t until 1992 when Ford last made a major revision to the model. The vehicle’s current generation—its fifth—has been ongoing from 2008 to the present. Though the latest iteration introduced in 2014 sports a new grille, bumpers, and headlights, the 2008 build remains fairly intact.

Ford E-150 Review in the Philippines

The Philippine release Ford E150 is available in only one variant. Under the hood of the latest release is a 4.6 liter EFI V8 Flex gasoline engine which supplies 222 horsepower and 338 Nm of torque. The Ford E-150 engine can accelerate to 0-100 kilometers per hour (kph) in less than 6 seconds with an impressive tank capacity of 130 liters. This allows for long continuous drives in the country. The Ford E-150 suspension features an Independent Suspension Type at the Front and a Semi-Floating Axle Type at the rear.

On the road, the E-150 feels sluggish and lacking accelerative power. But that can be forgiven, considering that’s not what this van is built for. Fully loaded or towing a heavy load is when the E-150 truly shines. Properly equipped, the Ford E-150 engine can tow as much as 3,000 to 4,500 kilos.

A downside of the Ford E-150 is that it doesn’t have one of the most fuel efficient engines in the market. Couple that with a heavyweight design and you have a vehicle that leaves much to be desired in the fuel economy department.

The E-150 is one of the most stable and well-balanced rides in its segment thanks to its AdvanceTrac with Roll Stability Control. The system automatically determines and applies individual brakes and keeps all of the vehicle’s wheels firmly planted on the ground. Its cabin also has a center-aisle ship-thru option that provides more legroom and comfortable seating positions. Other convenience and entertainment features for the vehicle include:

Safety is one aspect of vehicle manufacture that Ford is highly invested in. The E-150 has been equipped with four-wheel anti-lock disc brakes since 1997. A Securilock anti-theft system with immobilizer comes as an option. Not to be outdone is the rest of the E-150’s safety features which include:

The E-150 has an extremely basic interior. However, Ford meant it this way because they wanted the van to be highly customizable and adaptive according to its owner’s needs. Industrial shapes abound in the cabin, and padding is sparse. The available controls are easy to use, and storage is vast and plentiful, perfect for commercial as well as personal applications.

Owners can choose between a side door that slides or swings out. Swing-out side doors have length that’s split 60/40. Standard wheel size is 16 inches, and Ford can swap black bumpers with a chrome one at no extra cost. Other standard exterior features of the vehicle are:

In the local market, the Ford E-150 is available in five colors:

The large passenger van segment is not as active as other segments because owning and maintaining one is generally more expensive than other types of car. The fact that the E-150 belongs to a small vehicle market and is not a top seller in its category means that a 2nd hand Ford E150 for sale will be hard to find. Fortunately, Carmudi makes the process of finding them quite easy.

A second hand fifth generation second hand Ford E-150 for sale (2008-present) costs around P1,000,000 depending age, mileage, and trim level. In comparison, older used cars for sale from the fourth generation (1992-2007) have an average price tag of P700,000, subject on the dealer’s location and the car’s condition. Below are some of the 2nd hand Ford E-150 prices to expect when using the Carmudi website:

Know more about Ford E-150 price list in the Philippines 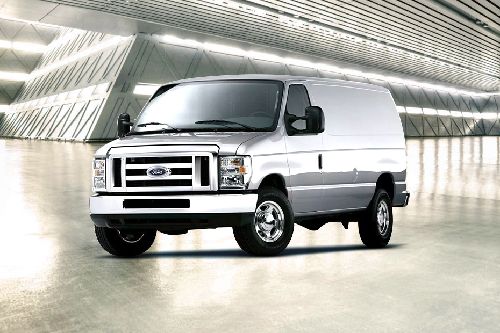 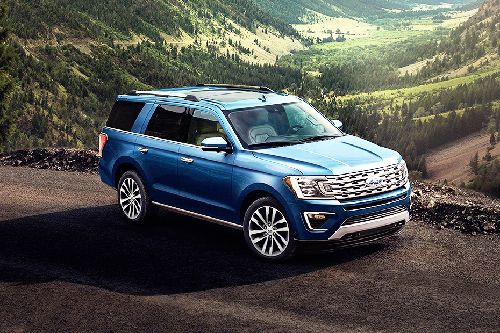