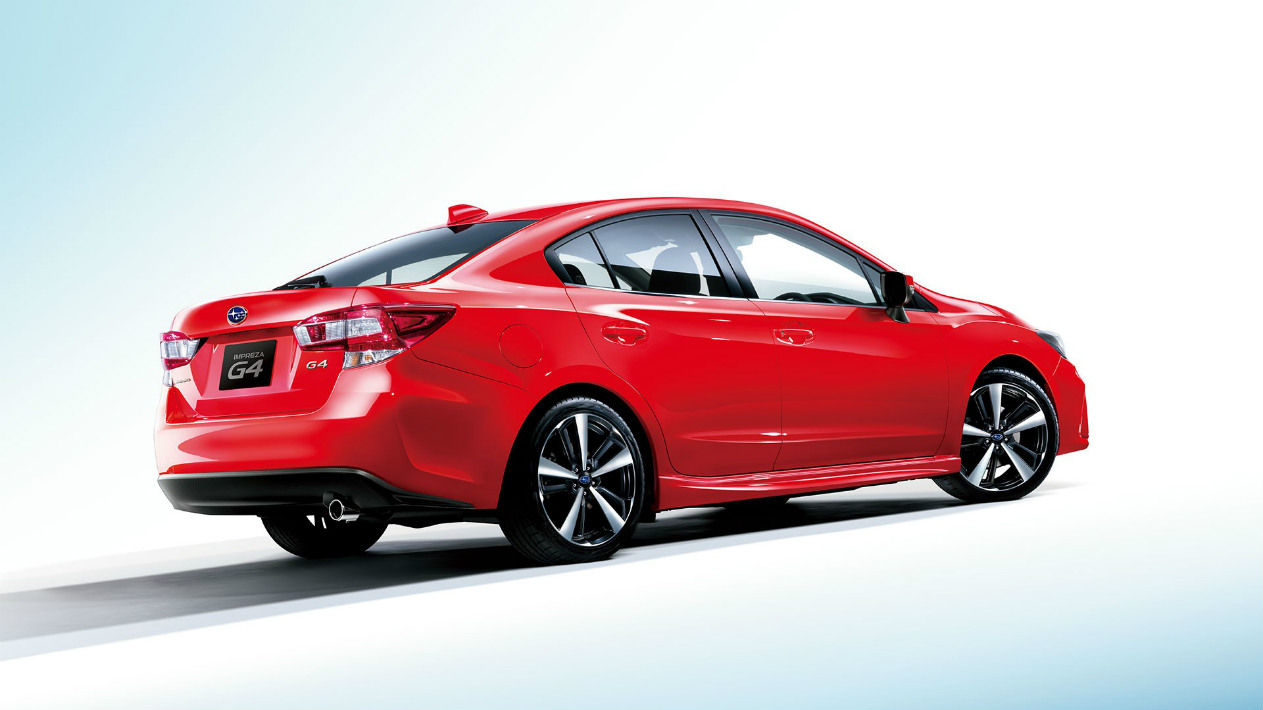 A dated audio display, an all-wheel drive that doesn’t really apply to Philippine roads (not to mention that it hurts mileage), and the overly economical (read: cheap) look—these were just some of the unpleasant comments that recent versions of the Subaru Impreza endured. Practically the whipping post of every major car review publication in the past, the makers of the Impreza had to lick their wounds from all that lashing and regroup. Fortunately, they were up to the task, because for the first time in a long time, it looks like the new 2017 Subaru Impreza, as its name suggests, is here to impress. 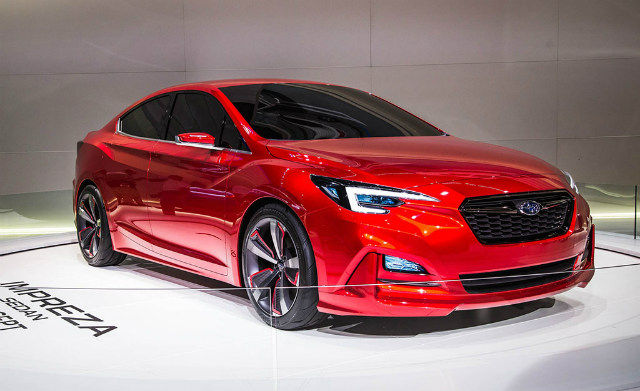 The 2017 Impreza represents a significant shift for the Japan-based car brand, as the car features a major overhaul in front and behind the scenes. This year’s model is the first to ride on the all-new Subaru Global Platform, while also the first Impreza built in North America. In Indiana, to be exact. As can be expected, the new Impreza comes in hatchback and sedan versions, with each adding 1.6 inches to the overall length compared to the previous year. Sadly, only the sedan version is available in the Philippines and the rest of Asia.

According to Subaru, 95% of the car’s parts are new, with only some hidden bits carried over. Purists can relax, as the Impreza’s most beloved features are still intact, starting with the symmetrical all-wheel drive system with 60:40 front to rear torque split. The biggest and most welcome change though, comes in the premium design and more responsive driving dynamics that were sorely missing from the outgoing car.

Though it’s not as awe-inspiring as the concept model released in 2015, the production version is certainly no slouch. A wider berth gives the car a sportier flair, with several distinctive cues lifted directly from the concept including the contour character lines at the door panels, beefy wheel arches, LED headlight surrounds, and a sporty-looking raised rear stance. The familiar Subaru solid build quality is on full display, but this time around, things are looking much more upscale and modern than ever before. 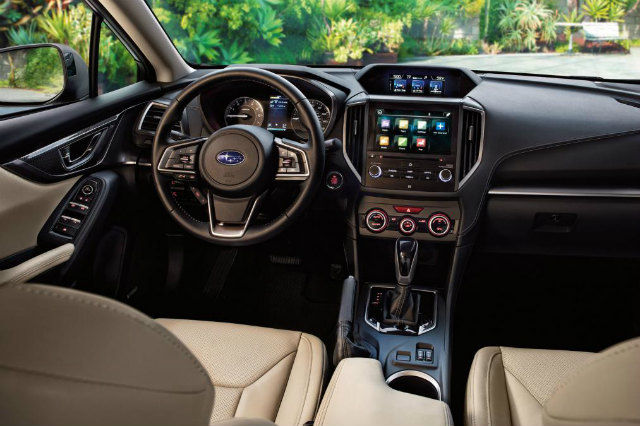 The upmarket look of the exterior continues inside, starting with the sharp resolution and contemporary graphics of the fast-loading central screen offering an easy-to-navigate infotainment system. Dials and even the steering wheel are chunkier in this new interior, offering users something substantial to hold on to. Though hard plastics still abound, padding covers key surfaces such as the door armrest. The leather seats and surfaces feel luxurious, as does the high-end stitching on the dash. The seats are better crafted than the outgoing car, providing better stability and long-drive comfort.

The 1.6-inch addition to the overall length allows for a bit more legroom in the backseat for the Impreza. However, a large floor hump hampers the middle section, so anyone sitting there isn’t likely to be as comfortable as their seatmates.

Fuel economy maxes out at 6.6 l/100km combined, thanks largely to a newly installed stop-start system. Engine performance is inspiring, but sharp inclines require lots of throttle application. The staple all-wheel drive, despite making the vehicle slower and louder than many other compacts, offers better stability on rough and slippery surfaces, so if your travels involve much of these road conditions, then the Impreza is a worthy investment for you, as no other compact in its class comes with this feature.

Out on the highway, the CVT’s simulated stepped gears do their magic at high speeds, making the vehicle feel sassier than a standard automatic. Wind noise is minimal, albeit the Impreza could use a little more insulation underneath. The road noise can be annoying at times.

The latest Impreza is yet to be crash-tested by any safety rating body as of yet, but according to Subaru, the collision energy absorption that helped the car score mightily in the safety department from the likes of North America’s  Insurance Institute for Highway Safety (IIHS) and the National Highway Traffic Safety Administration (NHTSA) has improved by 40%. An optional EyeSight collision avoidance system is available on all trims except the base. A reverse camera comes standard, as does newly installed safety features such as automatic backup braking system and headlights.

In the Philippine automotive market, the 2017 Subaru Impreza sedan competes against the likes of the Hyundai Elantra, Honda Civic, and Toyota Corolla Altis. Check how the Impreza compares with these other cars’ features using Carmudi’s extensive search tools.