7 Interesting Facts about the Honda Accord 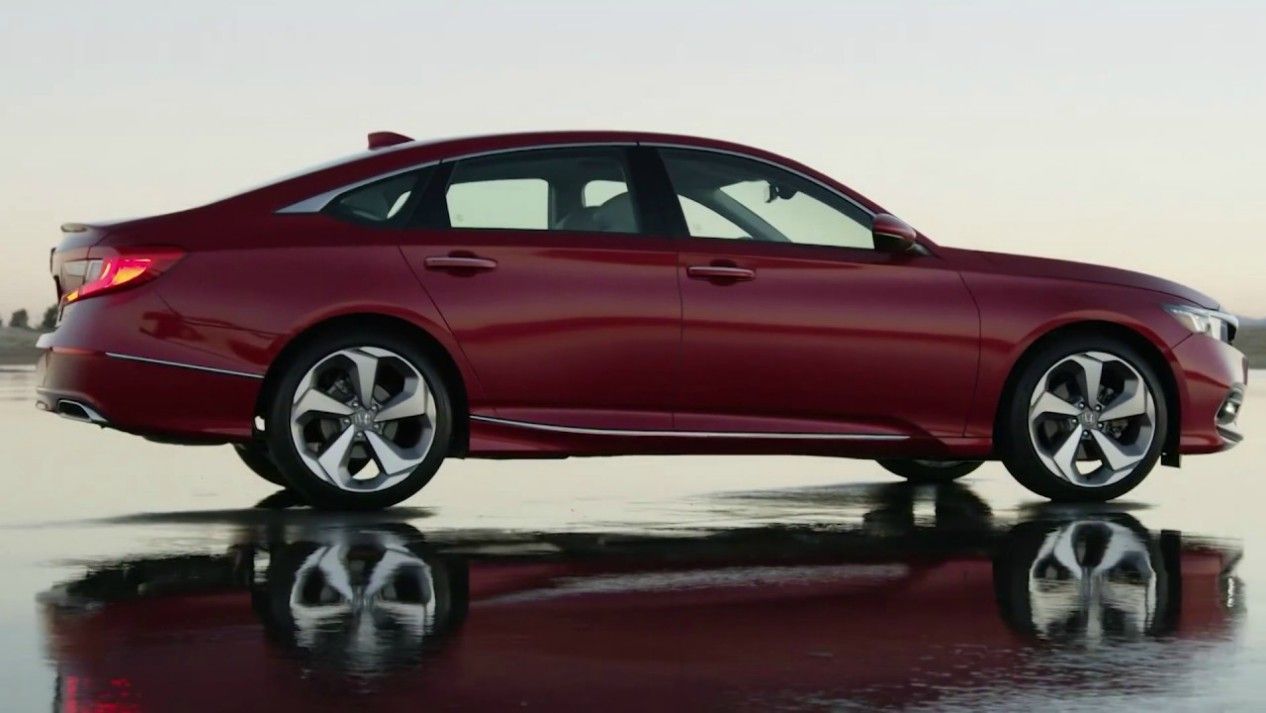 The Honda Accord has been here with us since 1976, but many drivers still can't get enough of this dependable vehicle. Combining reliability, affordability and good performance, this car more than deserves to be given recognition for doing a good job all these years.

And as a tribute to its longevity, we're  giving you some interesting facts about why the Accord deserves to be considered one of the most popular cars in the world  today.* These include the following:

1. Honda Accord released a 2003 British television commercial using its parts in creating a Rube Goldberg machine. It was used to promote the seventh-generation Accord, and became very successful both commercially and financially. It was even touted by The Independent's Peter York as "the water-cooler ad conversation of the year" and "certain to become an advertising legend" by The Daily Telegraph.

The "cog commercial" required more than 600 takes before it was cut into the final 120-second commercial that we know today. It became so popular that it received more awards than any other commercial made in history. In fact, it's now regarded as one of the most influential and groundbreaking commercials of the 2000s.

3. Contrary to popular belief, the Accord is not Honda's best-selling product for all time (Civic is the first, while the CR-V takes second place). It comes in third place, with present sales at around 221,013 units for 2017.

4. Back in the 90's, the fifth-generation Accord became the first model to be built and sold in the Philippines. This generation made a detour in shape and structure, with a wider and much lower shoulder room compared to previous models. It actually came close to resembling a Honda Civic during that time.

5. The Honda Accord was borne from the success of the Honda Civic. Back in the 70's, Honda was planning to focus on manufacturing motorcycles, and their last ditch effort was to launch the Civic in 1972. When Civic became a success, Honda decided to create another Civic--but a much bigger and roomier alternative (in the form of the Accord).

6. The Honda Accord was the first imported car in 1989 that became a best-seller in the U.S. Its importance can't be ignored here, since it paved the way for Honda to become a household name in the U.S.

7. Do you want to know how reliable a Honda Accord is? Just ask Joe Cicero, a 1997 Honda owner who reached one-million miles using the original engine and transmission. According to Cicero, aside from from checking fluids every week, he switched fluids seasonally, and changed them every 5,000 miles. He also never allowed the oil levels to go below a quart, and never let the fuel tank reach "empty."

* Note that we're just randomly choosing vehicles that have interesting backgrounds (or histories). We are not endorsing Honda Accord here.

Artist Maricar Reyes-Poon is one of many that have utilized the digital space for business — particularly in light of...

Two of three lanes of the Skyway Extension project's northbound section were opened to the public over the weekend, San...

Jeepney drivers and small operators rallied to call the attention of the Department of Social Welfare and Development (DSWD). Their...

DPWH: Binondo-Intramuros Bridge on track for completion this year

The Department of Public Works and Highways (DPWH) said that despite the constraints following the present pandemic situation, the Binondo-Intramuros...

Ford expands Explorer model in US with 3 new variants

Ford Motors adds three variants to the Explorer lineup, giving the browsers more choices in the best-selling SUV. The new...

German carmaker Volkswagen is not only pushing for climate protection through its electric cars, but also through the plants of...

The first customers of the Volkswagen ID.4 have recently collected their cars from VW's Transparent Factory in Dresden, and the...

Honda has just made a teaser for the 11th-generation Civic, which would be revealed later this month and the word...