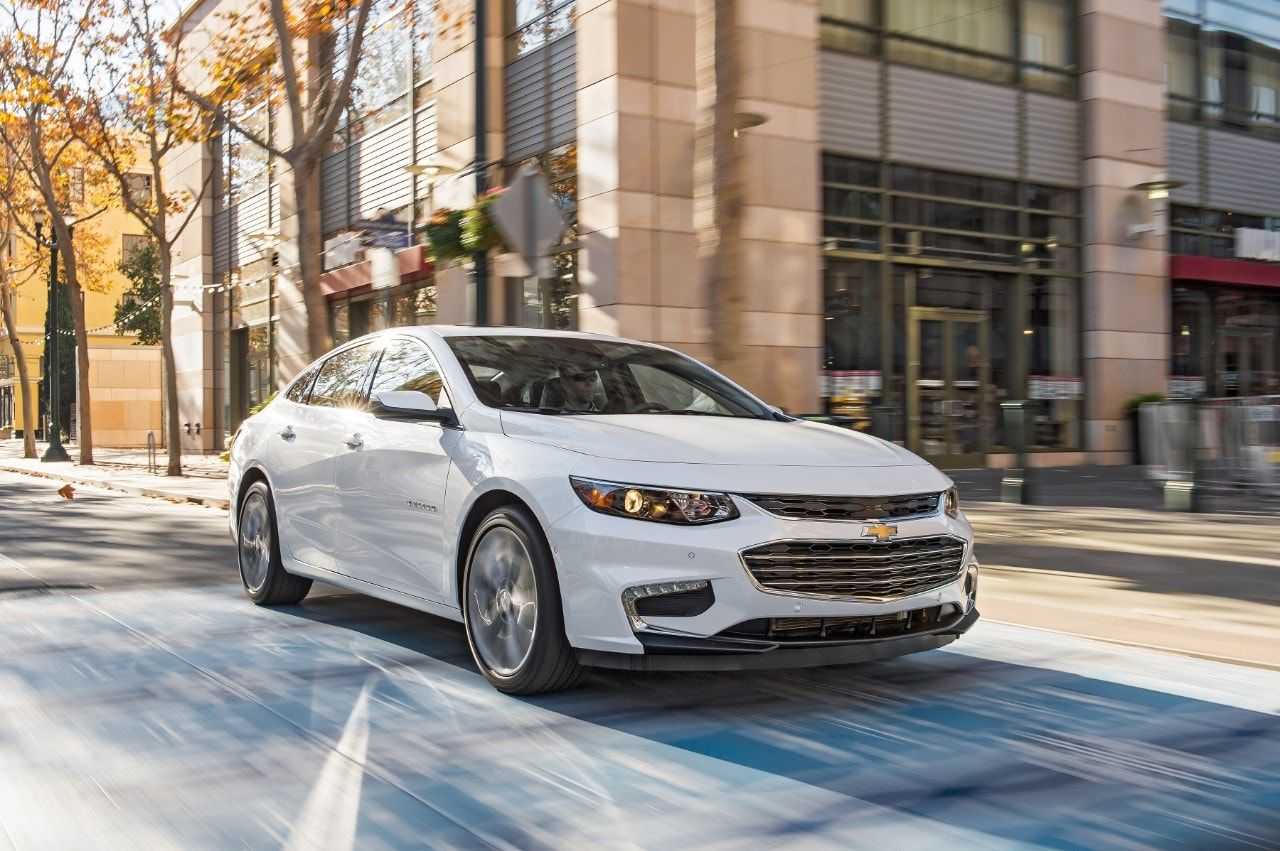 The price of oil is 50 percent higher than a year ago, and in many Southeast Asia countries, core inflation is rising too, according to Bloomberg Economics. While inflation has prompted governments across the region to provide relief to consumers through fuel subsidies, customers can help themselves by following these fuel-saving tips recommended by Chevrolet Certified Service. Tune Up: A properly-tuned engine can improve fuel economy by about four percent, according to the United States' Environmental Protection Agency (EPA). Fixing a serious issue--such as faulty oxygen sensor--can boost mileage by up to 40 percent. And don't ignore a "Check Engine Light." Pump Up: Properly inflated tires improve gas mileage by up to 3.3 percent. They also are safer and last longer. Under-inflated tires can lower fuel economy by 0.3 percent for every one pound-per-square-inch drop in the pressure of all four tires. Do not rely solely on the tire pressure-monitoring system to detect an under-inflated tire--it's best to check tires with a good gauge once a month and refer to your owner's manual for more information. Unclog: It's hard to run if you can't breathe. An air filter full of grime makes the engine work harder and can let in impurities that damage the engine. Replacing a severely clogged filter improves fuel economy by up to 14 percent, according to the EPA. In modern cars, replacing a dirty or clogged air filter improves acceleration performance. Use the Right Oil: Because oil reduces engine friction and friction makes an engine work harder, using the manufacturer's recommended grade of oil improves fuel economy by one to two percent. Check the Cap: Loose or poorly fitting fuel caps not only can trigger a "check engine light" warning, it can cause millions of liters of fuel to evaporate every year. A missing or poorly fitting cap can reduce fuel economy by 1 to 2 percent. Avoid Oversizing: It may look cool filling the wheel well of a vehicle with oversized rims and ultra-low profile tires, but this increases fuel consumption. Larger rims and tires also increase rolling resistance, unsprung weight and affect aerodynamics, using more fuel, and may affect ride quality. In extreme cases, it could dangerously affect braking and handling. Plan your Trips: Taking your kids to school? Grocery shopping? Plan routes and timing to avoid heavy periods of traffic congestion. Unpack: Cargo makes your vehicle work harder and use more gas. The EPA says an extra 45 kg reduces fuel economy by up to two percent--even more in smaller vehicles. A loaded roof rack cuts fuel economy by up to five percent. About a quarter of each liter of fuel goes toward overcoming wind resistance, so when cargo rides on top of the vehicle, fuel economy is reduced. Even empty roof racks can affect aerodynamics, so remove them when not in use. Slow Down: It takes more fuel to get a vehicle moving than to keep it moving. Accelerate smoothly out of junctions and away from traffic lights. Avoid hard acceleration, excessive speed and hard braking, which can lower fuel economy by 33 percent on the highway and five percent in city driving. You can improve your mileage by 10-15 percent by driving at 90 kph rather than 104 kph. According to Natural Resources Canada, the most efficient range for most vehicles is between 50 kph and 80 kph. Avoid Excessive Idling: If you have to wait in bumper-to-bumper traffic when it's not too hot outside, turn off the engine. Idling burns fuel without adding mileage. A car gets 0 km/L when the engine is idling: while it does take a small amount of fuel to restart a vehicle, 15 minutes of barely moving forward can burn nearly a liter of fuel. Use Air-Conditioning Prudently: Air-conditioning reduces fuel efficiency by up to 10 percent. If outdoor temperatures allow, consider using a higher fan speed to circulate the air instead of lowering the temperature setting, and avoid using the air-con at speeds below 64 kph by rolling down the windows if air quality is acceptable. At speeds above 72 kph, wind drag uses more fuel than running the air-con. Use Higher Gears: When driving with a manual transmission, use the highest gear where possible to keep engine revolutions low, because lower revolutions use less fuel. Do not overdo this and "lug" or stall the engine. If you are driving with an automatic transmission, ease your foot off the accelerator to allow the transmission to "change up" to a higher gear. All Chevrolet models with automatic transmission feature six-speed transmissions with taller-ratio top gears to reduce engine revs at cruising speeds, saving fuel. Cruise Control: If your vehicle comes with cruise control, use it, especially on the highway. Cruise control prevents speeding and helps improve fuel economy via gentle acceleration and deceleration. It is most effective when used in conjunction with the transmission in "economy" or "auto" mode. Do not use cruise control in heavy rain or on extremely wet roads. Coast or Downshift to a Stop: When driving an automatic transmission vehicle in slow-moving traffic you can coast up to the car ahead because automatic transmission vehicles creep forward. Downshift to a stop if driving a manual transmission. Taking your foot off the accelerator while the vehicle is in gear, a modern engine uses almost no fuel, just enough to keep it from stalling. An engine uses more fuel while idling with the transmission in neutral. 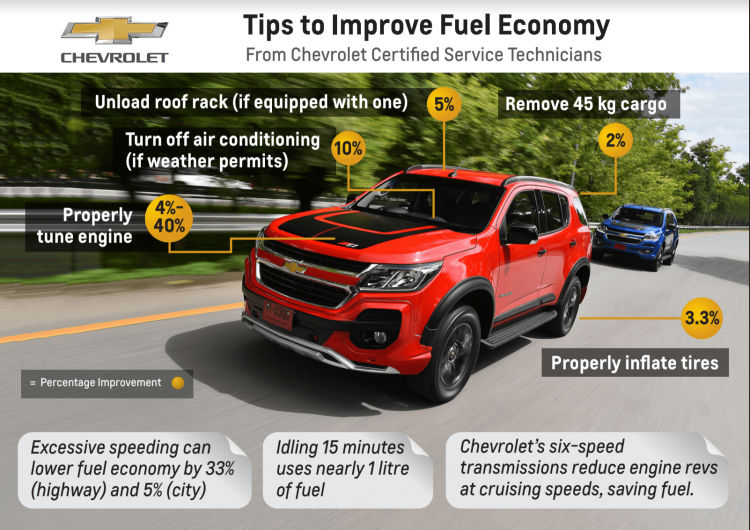