Driving Safe: The Danger of Keeping Aerosol Cans in Your Car 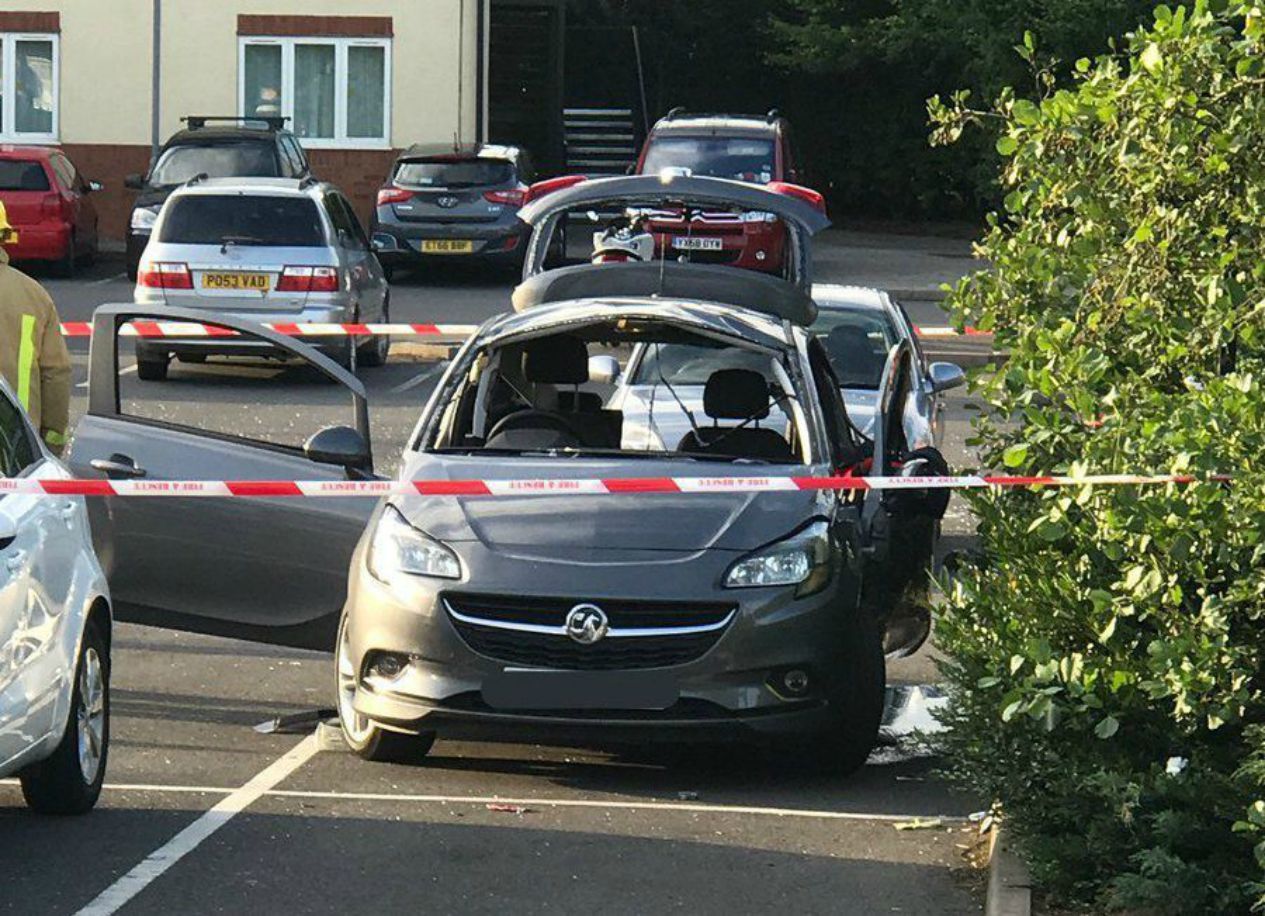 Do you keep an air freshener or hairspray in your car? If these products come in an aerosol can, it’s time you removed them out of your car before you find yourself in a dangerous situation.

Aerosol spray cans are pressurized canisters that are known to explode when exposed to extreme heat, that’s why manufacturers warn users of these cans not to throw them into an open flame, even when empty. Two recent incidents outline the dangers of having these everyday items in your car..

The case of the aerosol air freshener Last July 16, Sunday, at a pub in Shrewsbury, England, a man in his early 20’s named Joe suffered minor burn injuries after an aerosol-filled can exploded in his car. According to reports, Joe sprayed the aerosol air freshener in his vehicle, after which he proceeded to light a cigarette. The aerosol spontaneously exploded, blowing away the windshield and leaving the passenger door hanging from its hinges.

Despite the heavy damage on the car, Joe managed to escape with just minor burns to his head, legs, and arms. He was taken to a nearby hospital for treatment.

A spokesman for West Mercia Police said, “It is believed to have been caused when a lighter was in contact with an air freshener, that had been sprayed moments earlier within the vehicle. This damaged the vehicle and led to the windscreen being forced 75 feet away from it.”

Sergeant Col Robinson, of West Mercia Police, added “This appears to be an isolated incident and did not cause any danger to the wider public. However, this shows the potential dangers that can be caused by spraying aerosol cans within confined spaces.”

The case of the aerosol hair spray 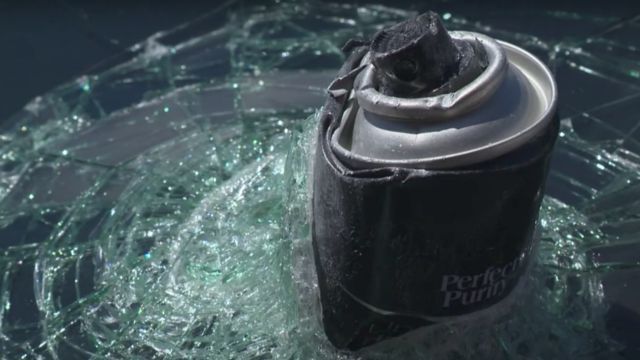 Karmen Ayres, a Vancouver woman, fared much better than the Englishman. Earlier in May, Ms. Ayres walked out to her car from work and saw that her windshield broke and something was protruding from the glass--her aerosol hairspray. Ayres said that she had left the can in her car on the back passenger side seat.

“At first I looked up, because I thought maybe something fell,” Eyres said. “But then I noticed it was from the inside out. I was in shock and then I realized what it was.”

Reports said that environmental temperature in the area reached around 90 °F (32 °C), which made it conducive for such an incident to happen.

Eyres said she didn’t intend to leave the hairspray can in her car, and she was thankful that she wasn’t in the car when it exploded. Eyres works as an insurance salesperson, and says she’s heard of objects exploding in a heated car, like soda cans, wine bottles, and even loaded guns. Even so, she was surprised at the force that her hair spray broke through the windshield.

For your safety, don’t keep any aerosol cans in your car. Likewise, it’s highly recommended that you open the car windows and let some of the fresh air inside the car before turning the car on, especially if you parked your vehicle directly under the sun.
Wilbert Tan on Jul 27, 2017
Share this article
4806 Views

The seven-seater midsize SUV segment is a competitive one where Japanese, Korean, and even Chinese entries all vie for sales...

Philippine automotive journalism mourns the loss of another member with the passing of Earl Manalansan. Manalansan, 52, was managing editor...

The local vehicle inspection center operators group has announced that they will soon open five inspection facilities until April this...

The Hummer goes back to its roots as GMC packs the EV SUV with state-of-the-art tactical technology. For the uninitiated,...

Nissan assesses the Ariya for the real world

The Nissan Ariya  is beginning to shed its show-stand-stunner status, as Nissan has just put a prototype of the upcoming...

Ford Motor Company reported a 23.1 increase in units sold in North America during the first quarter of 2021. The...

Truck makers Isuzu and Volvo enter a new phase in their strategic alliance that aims to establish a global technology...

Real motorsports competition is brought to the virtual arena once again in the Gran Turismo Championships 2021. The Fédération Internationale...

The seven-seater midsize SUV segment is a competitive one where Japanese, Korean, and even Chinese entries all vie for sales...

Previewed in 2015, Hyundai’s pickup truck promised a purposeful concept. Four doors, a seating of five, with an overall footprint...

Kia and Total extend collaboration to 2026

Kia Corporation and Total Lubricants have entered into a five-year Global Cooperation Agreement, in which the two companies will conduct...

Sojitz G Auto Philippines (SGAP), the importer and distributor of Geely vehicles in the country, came across an unexpected opportunity...

Changan Motor Philippines, Inc. (CMPI) has announced that customers can purchase its current lineup of vehicles without paying safeguard bond....