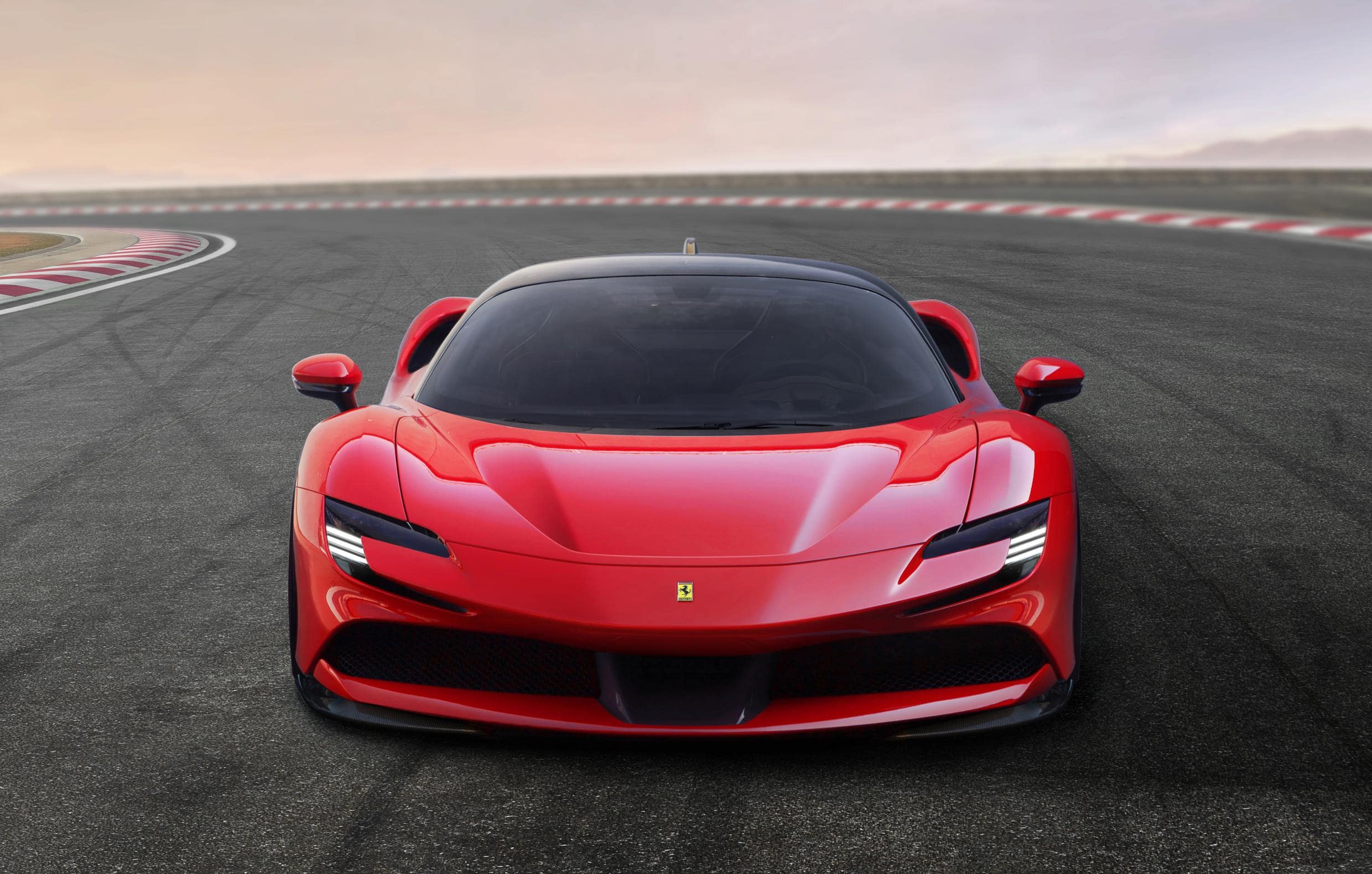 Ferrari has embraced the electrification of its vehicles wholeheartedly. Following the limited production of the LaFerrari--of which only 499 were ever produced, 709 if you include the open-top LaFerrari Aperta--which paired the classic V12 engine with an electric motor that was powered by the car's kinetic energy recovery system, the Italian carmaker has now come up with its first series-production plug-in hybrid electric vehicle in the Ferrari SF90 Stradale.

"The car's name encapsulates the true significance of all that has been achieved in terms of performance," Ferrari said in its statement. "The reference to the 90th anniversary of the foundation of Scuderia Ferrari underscores the strong link that has always existed between Ferrari's track and road cars. A brilliant encapsulation of the most advanced technologies developed in Maranello, the SF90 Stradale is also the perfect demonstration of how Ferrari immediately transitions the knowledge and skills it acquires in competition to its production cars."

The SF90 Stradale is powered by a 90-degree V8 turbo engine that puts out 769 hp, "the highest power output of any 8-cylinder in Ferrari history," and paired with it are three electric motors that produce 217 hp to give the car a combined output of 986 hp. One of the three electric motors is located at the rear, between the engine and the new eight-speed dual-clutch transmission, while two are in the front axle, making the SF90 Stradale the "first Ferrari sports car to be equipped with 4WD," which the carmaker deems necessary to be able to control the power produced by the hybrid powertrain and give it standing start times of 2.5 seconds from 0-100 kph and 6.7 seconds from 0-200 kph.

Helping control the SF90 Stradale is a steering wheel-mounted selector dubbed the eManettino which lets the driver choose from four different power unit management modes for the hybrid powertrain. These are:

eDrive: the internal combustion engine remains off and traction is entrusted entirely to the electric front axle. Starting with a fully-charged battery, the car can cover up to 25 km in this mode. This mode is ideal for city center driving or any other situation in which the driver wishes to eliminate the sound of the Ferrari V8.

Hybrid: this is the default setting when the car is turned on, in which the power flows are managed to optimize the overall efficiency of the system. The control logic autonomously decides whether to keep the internal combustion engine (ICE) running or turn it off. If it is on, the internal combustion engine can run at maximum power, guaranteeing performance whenever the driver requires.

Performance: unlike 'Hybrid,' this mode keeps the ICE running because the priority is more on charging the battery than on efficiency. This guarantees that power is instantly and fully available when required. This mode is best suited to situations in which driving pleasure and fun behind the wheel are the main focus.

Qualify: this mode allows the system to achieve maximum power output by allowing the electric motors to work at their maximum potential (162kW). The control logic prioritizes performance over battery charging.

Other than the plug-in hybrid powertrain of the SF90 Stradale, another first for Ferrari is the car's central instrument cluster, which is comprised of a single 16-inch digital HD screen which curves towards the driver to make it easier to read and to emphasize the F1-style wraparound cockpit effect. According to Ferrari, this is the first time this type of screen has been adopted in a production car.

When the engine and motors are off, the onboard instruments go black, lending the cockpit a sleek, minimalist look. In line with Ferrari tradition, the default screen is dominated by a large circular rev counter which, however, this time is framed by the battery charge indicator. The navigation screen is on one side of the rev counter with the audio control one on the other.

The SF90 Stradale also makes use of a touchpad and a series of haptic buttons on the steering wheel that allows the driver to control virtually every aspect of the car using just their thumbs.

In an homage to Ferrari's classic manual gear-shift gate, the controls of the automatic gearbox are selected by a grille-style feature, "thus past and present skilfully merge to point the new Ferrari towards the future."

Lastly, in another first for Ferrari, clients can choose between the standard car and a version with a more sports-oriented specification. The Assetto Fiorano specification includes significant upgrades, including special GT racing-derived Multimatic shock absorbers, extra lightweight features made from high-performance materials such as carbon-fiber for the door panels and underbody and titanium for the springs and the entire exhaust line, resulting in a weight-saving of 30 kg. Another difference is the high-downforce carbon-fiber rear spoiler which generates 390 kg of downforce at 250 kph. The Assetto Fiorano also includes Michelin Pilot Sport Cup2 tires designed specifically to improve performance on the track in the dry via a softer compound and fewer grooves than the tires provided as standard.