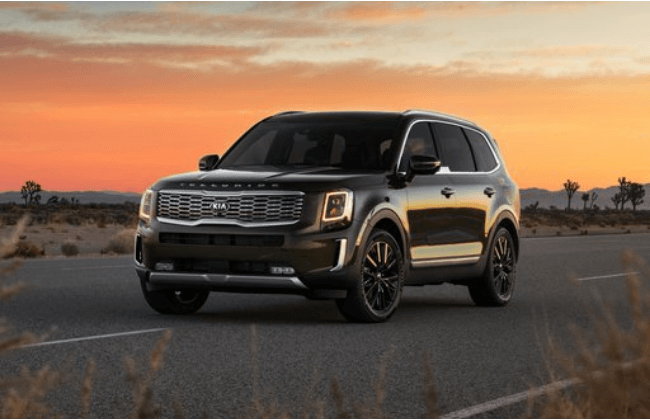 Kia is no stranger to receiving accolades, creating some of the most reliable, most efficient, and most versatile vehicles in the industry.

The 2020 Kia Telluride add another feather to the cap after winning an award at the Automobile All-Stars, an annual evaluation held by Automobile, to determine the best new vehicles of the year.

This year's event invited 21 vehicles across various segments to compete head to head, each one considered among the "most interesting new or significantly revised" offerings available to consumers.

Only eight of the 21 vehicles were named "All-Stars," and one of them is the Kia Telluride.

"The Telluride being named an All-Star by Automobile is an honor for the Kia brand and extends our popular SUV's impressive marathon run of significant accolades," said Michael Cole, president of Kia Motors America. "It is further validation that our eight-passenger SUV delivers on its promise of world-class design, quality and engineering to our customers."

"The fact the 2020 Kia Telluride impressed our test drivers so much is a testament to Kia's execution of style, practicality and value," said Automobile editor-in-chief Mac Morrison. "In an Automobile All-Stars field of contenders that included some of the best sports cars, luxury GTs and supercars on the market today, this three-row SUV still stood out easily as one of the best new cars of the year. Whether you're talking about its exterior appearance, interior appointments, or the experience from behind the wheel or in one of the cushy passenger seats, it's a winner in every way."

Along with being one of Kia Motors America’s best selling vehicles, the Telluride also collected the most awards within its first year on the market in the entire history of Kia. Since its release in early 2019, more than 70,000 Tellurides have been sold, and the demand doesn’t seem to be dwindling.

Below are the Technical Specs for the top-of-the-line SX variant.