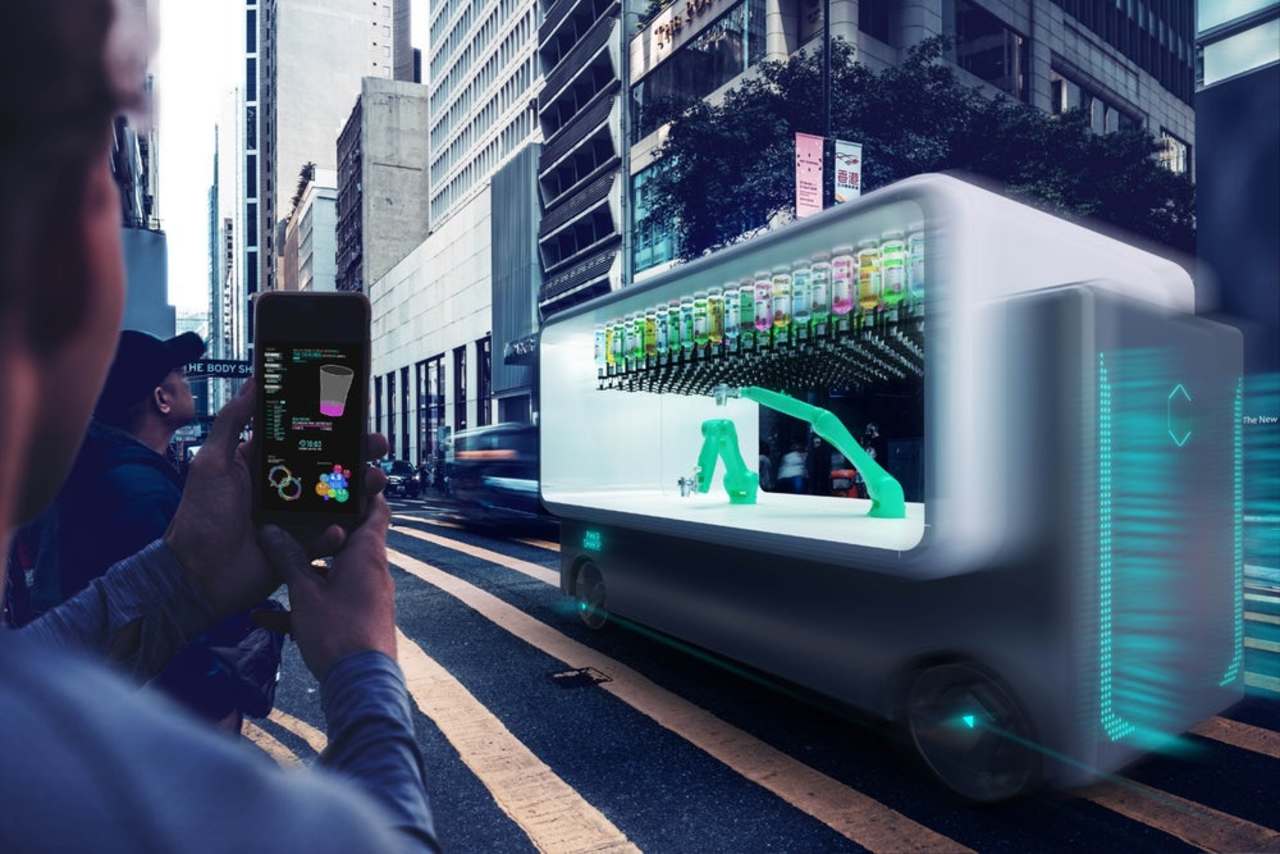 Forget bar-hopping, here. When it comes to getting inebriated (fast), the future points towards one promising trend: robots and self-driving vehicles.

Yes, you don’t need a bartender to listen to your love life problems in the wee hours of morning. All you need is a robot named Guido to mix you a Whiskey Sour while giving its [mechanical> arm to cry on.

Guido, which means "I drive" in Italian, started when Makr Shakr, a global robotic bartender maker, introduced a robot that could reportedly mix one Googol (or 1 followed by 100 zeroes) drink combinations. But that was six years ago. Now, his most current version consists of two single-armed robot bartenders that, according to NewAtlas.com, is said to be "informed by the 'best bartenders in the world' and their movements by the 'best dancer in the world.'"

Now, they're taking it the next step further by placing it on a mobility system: a self-driving Guido bar concept designed by Carlo Ratti Associati of the Italian Design and Innovation House in collaboration with the MIT, Coca-Cola and Bacardi Rum.

"Guido is the application of a city-on-demand paradigm," says Emanuele Rossetti, CEO of the spin-off Makr Shakr company. "By matching Makr Shakr's robotic bartenders with the mobility systems of the future researched by CRA [Carlo Ratti Associati>, we can put forward a new idea for the experience of leisure."

This robotic bar will be installed in an 'open-sided self-driving vehicle' that users will be able to locate using an app. Just place a call, and Guido will drive to your place and serve you your preferred alcoholic drink combination (via the same app again). And yes, you can even pay via your smartphone if you don't have cash on hand.

Imagine that--unlimited choice of drink combinations at your beck and call. Now you can impress your date by ordering exotic drink combinations, like perhaps a  Kopstoot with Lowlander Poorter & Rye Genever. By the way, Kopstoot means "head butt" in Dutch, which is quite an interesting beverage on its own. So not only will you get drunk, you'd probably have an engaging topic to discuss later on.

Lamborghini is known for following up its coupe releases with a roadster version, and the Lamborghini Sián is the latest...

Despite the massive setback that the entire automotive industry experienced due to COVID-19, it appears car makers are slowly but...

With most of the businesses now open and personal modes of transport becoming much-needed than before, the local arm of...