The Aston Martin V12 Speedster is a throwback to DBR1 racer 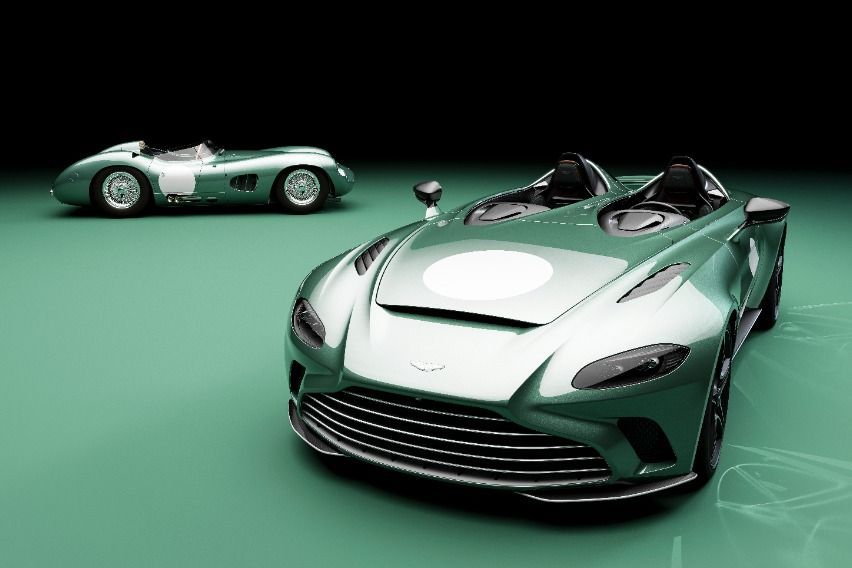 The V12 Speedster is harking back to Aston Martin's DBR1 race car that won both the 24 hours of Le Mans and the 1,000 kilometers of Nürburgring races. 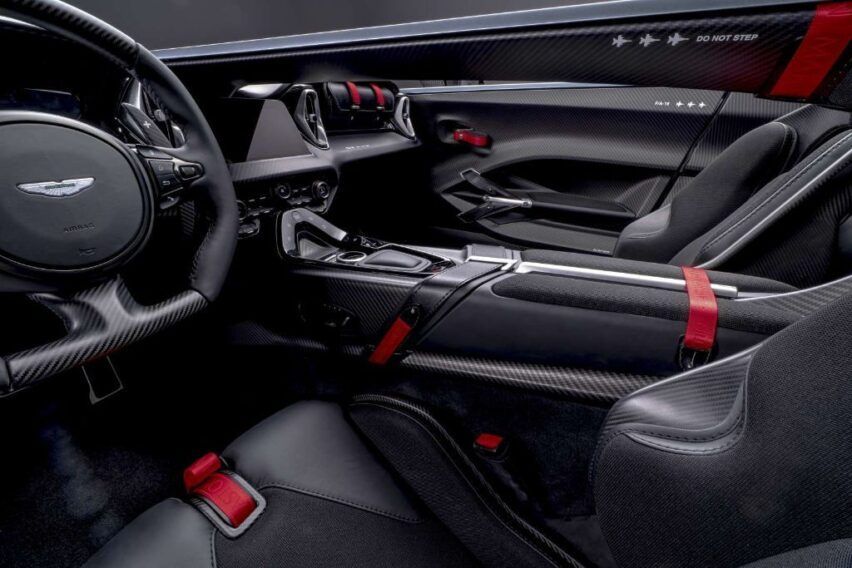 "All these features hint at the period attributes that made DBR1 the undisputed icon it remains today," Aston Martin said. Only 88 examples of the Speedster will be made.

This open-top sports car is made speedy by its 5.2-liter V12 twin-turbo engine, capable of generating 700hp and 753Nm of torque. The engine is mated to a ZF eight-speed automatic transmission mounted towards the rear of the car.

This translates to a zero-to-100 kph time of 3.4 seconds and a top speed of 320kph. Driver and passenger shouldn't wear a hat in this car as it's devoid of roof or windscreen.

Meanwhile, 21-inch center-lock wheels are finished in satin black diamond. The V12 Speedster wheels have spent more than 50 hours in the painting process alone at the brand’s advanced paint facility. 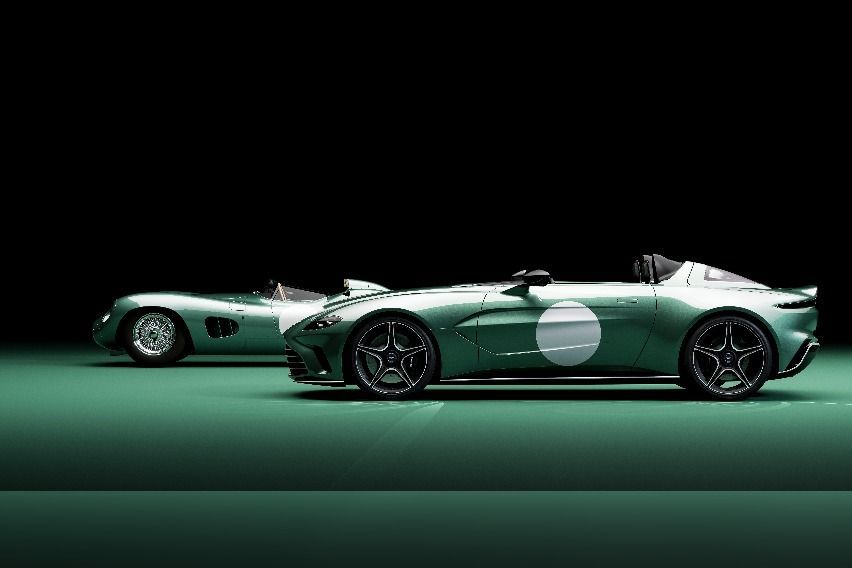 After its debut in 1956, the DBR1 recorded a string of famous victories: the Spa Sportscar Race in 1957 with Tony Brooks, the Goodwood Tourist Trophy in 1958 with Sir Stirling Moss and Tony Brookes, and in 1959 again with Moss, Carroll Shelby, and Jack Fairman. Moss and Fairman won the Nürburgring race. And with that many Le Mans triumphs, Aston Martin took the World Sportscar Championship title.

The DBR1 was also a precursor for the marque’s DB road cars, Aston Martin added. It was styled in-house by, Frank Feeley alongside chief racing designer Ted Cutting.

At the car’s heart from 1958 onwards was a 2,992cc straight-six engine mated to a David Brown five-speed gearbox. It was capable of powering the car, which weighed around 800 kilograms, to an estimated top speed in excess of 241kph.

Just five examples of the DBR1 were built: four used to race successfully by the Aston Martin Works’ team, and a single car for private use.

That rich and important history was the reason behind a dedicated optional DBR1 specification for the Aston Martin V12 Speedster, the British marque added.

Aston Martin Chief Creative Officer Marek Reichman said: “Emotion and exclusivity are at the heart of this car. A rare and exceptional Aston Martin. It has been engineered to offer a visceral driving experience that belies its elegant, artistic shape."

“Creating a bespoke specification that nods to the glory of the DBR1 has been a huge privilege for my team and I, and I very much look forward to seeing these cars being driven with the same enthusiasm that we have applied to their design,” Reichman expressed.

Orders are now being taken for the DBR1 custom V12 Speedsters, with each being hand built at the company’s Gaydon, United Kingdom headquarters. Deliveries are expected to begin in mid 2021.

The North Luzon Expressway (NLEX) Corporation continues to carry out its major road projects amid quarantine restrictions. According to the...

This is the next Volkswagen Polo GTI

Volkswagen has revealed that it is coming out with an updated version of the Polo GTI by the first half...

The BMW Group continues to grow dynamically around the world despite the challenges presented by the pandemic, as shown in...

Just this March, Lamborghini’s super SUV set a high-speed record on the ice of Russia’s Lake Baikal. This record was...

Bring home the Toyota GR Supra this May for as little as ₱41,584 monthly

Toyota Motor Philippines (TMP) is presenting an attractive deal on its flagship sports car GR Supra. For the whole month...

With four generations since the '60s, the Ford Transit van has become a household name in the United Kingdom. The...

Husqvarna Motorcycles is pushing its e-mobility goal with the Vektorr and Bltz Concept two-wheelers that "bring the future of personal...

Kia Philippines serves up "explosive" deals via its latest promo for the month of May. Dubbed as "K-Mazing Deals," the...

Nissan PH: No sales target yet for Nissan Leaf

The leadership of Nissan in the Philippines is not giving any sales projections yet for its flagship electric vehicle (EV)...