The Newest 2020 Suzuki Ignis Gets a Facelift 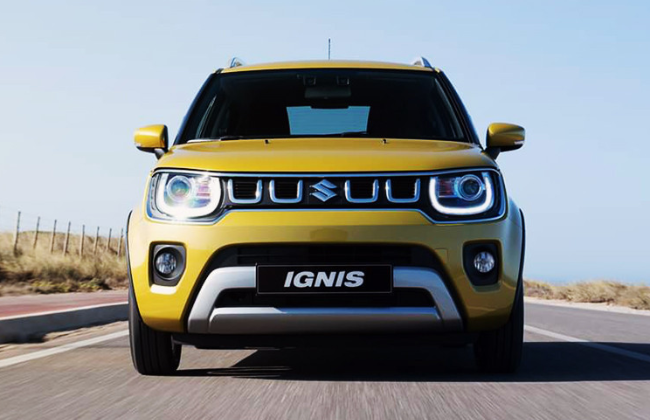 Suzuki Swift fans are in for a treat: the newest 2020 Suzuki Ignis (or Suzuki Swift)  has been upgraded, with a few nips and tucks, plus some major changes in the front grille and bumpers. There were also changes in the interior colors, with a more enhanced engine and a larger hybrid system capacity to add better efficiency on the road.

The Ignis, which was on the top-three finalists in the 2017 World Urban Car awards, have continued to gain popularity since it was launched a couple of years ago. The new Ignis continues to build on this, as it enhances its playful yet practical appeal in the market.

First introduced in the European market in 2016, the face-lifted version isn't easily seen from afar. Still, if you look really close, you'll see significant changes in the exterior, such as a more modified front bumper in faux scuff plates that are finished in brushed silver. It also showcases a new radiator grille similar to the one found on the S-Presso. There's also a slightly changed rear bumper that makes the hatch more noticeable.

Perhaps, the changes reflect its maturity in the market. When the Suzuki Ignis was launched in 2016, its main target was mostly the young buyers. Now, the mild face lift and cosmetic changes favor a more rugged appeal to entice a more mature segment of buyers.

Meanwhile, changes inside are few, save for the color combinations and a redesigned instrument cluster. Suzuki kept the toggle switches, dual-tone dashboard, and other features.

Despite the not-so-obvious changes, the real modifications occur underneath the hood. There's now an upgraded 1.2 liter gasoline engine, with an electric intake VVT. There's also a more efficient, powerful engine response, thanks to an electric piston cooling jet and a displacement oil pump.

There is also a mild hybrid system that replaces the previous 3-Ah pack with a bigger 10-Ah battery. This allows more energy storage in its lithium-ion battery during deceleration.

The facelifted Ignis also has a new CVT transmission that allows for a more “powerful acceleration performance at low speeds". It also gives outstanding fuel efficiency when driven on high speeds.

It will be on sale in the spring of 2020 in the United Kingdom. There's still no word when it will be available in the Philippines or even Asia, but we'll definitely give you updates when they do happen (fingers crossed) .

Volvo outshines all others in 2020 J.D. Power tech study

Swedish automotive brand Volvo Cars has been bestowed with the highest overall rank in a recent major technology study. Based...

The all-new Bentley Flying Spur has just earned its latest recognition after being hailed as Luxury Car of the Year...

Stuttgart-based marque Porsche announced that its premier all-electric offering, the Taycan, has become their best-selling model in Europe in August...

More than 600 fake Black Rhino Wheels were seized following the multiple operations conducted by the National Bureau of Investigation...

Despite threats of the dreaded Covid-19, the Metro Pacific Tollways Corporation (MPTC) will continue its “Safe Trip Mo Sagot Ko”...

Yamaha Motor Philippines, Inc. (YMPH) extended its WR family in the country with the WR 155R bike, designed to meet...

Land Cruiser Prado vs. the competition: Your other local luxury SUV options

Owing to its heritage, the Land Cruiser is easily one of the most capable off-roaders anyone can buy. Even its...

Despite threats of the dreaded Covid-19, the Metro Pacific Tollways Corporation (MPTC) will continue its “Safe Trip Mo Sagot Ko”...

Following the announcement of the soft opening of the Skyway Project 3 in December, San Miguel Corporation (SMC) declared that...

The local arm of Japanese marque Honda continues to expand its reach around the country despite the COVID-19 pandemic hounding...

More than 600 fake Black Rhino Wheels were seized following the multiple operations conducted by the National Bureau of Investigation...

Toyota Motor Philippines (TMP) brought the Prius hybrid sedan to the country in 2009, making it the the pioneering hybrid...