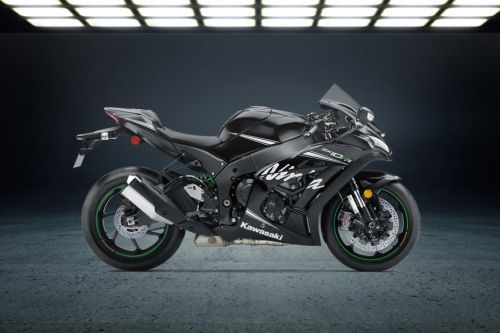 I am looking for Kawasaki Ninja ZX-10RR price in

2019 witnessed the introduction of Kawasaki's flagship performance bike, the ZX-10R, and further, the limited edition ZX-10RR was added to the lineup. Kawasaki kept the initial limit of 500 units of the ZX-10RR. Technical upgrades in this limited edition model include the adoption of Pankl lightweight titanium connecting rods that increase the rev limit by 600 rpm and save 400 g compared to the standard rod. This setup increases the power figure to 204 PS without Ram-Air. Taking into account the revision in crankshaft inertia, the front and rear suspension setup too is revised. Also, the bi-directional quick shifter will be offered standard across models.

Get the better insights of Kawasaki Ninja ZX-10RR, Read our expert opinion and helps to buy or not

I found this Kawasaki model pretty intriguing overall. Certain features allured me the most. Like the wings that are downforce g...

The Kawasaki Ninja ZX 10rr is hands-down one of the best super sports bikes that money can buy. It offers so much value for the m...

A way better version of the bike is finally being launched

The new version of Kawasaki ninja-zx-10rr looks way too dramatic and captivating. LED head and tail lights have overall decked up...

While I already have my eyes set for the 2021 Kawasaki Ninja ZX 10RR, currently, I am a user of the previous generation of the mi...

Many of my friends were insisting me to check this bike out. I have been riding so many eminent bikes in past. So was searching f...