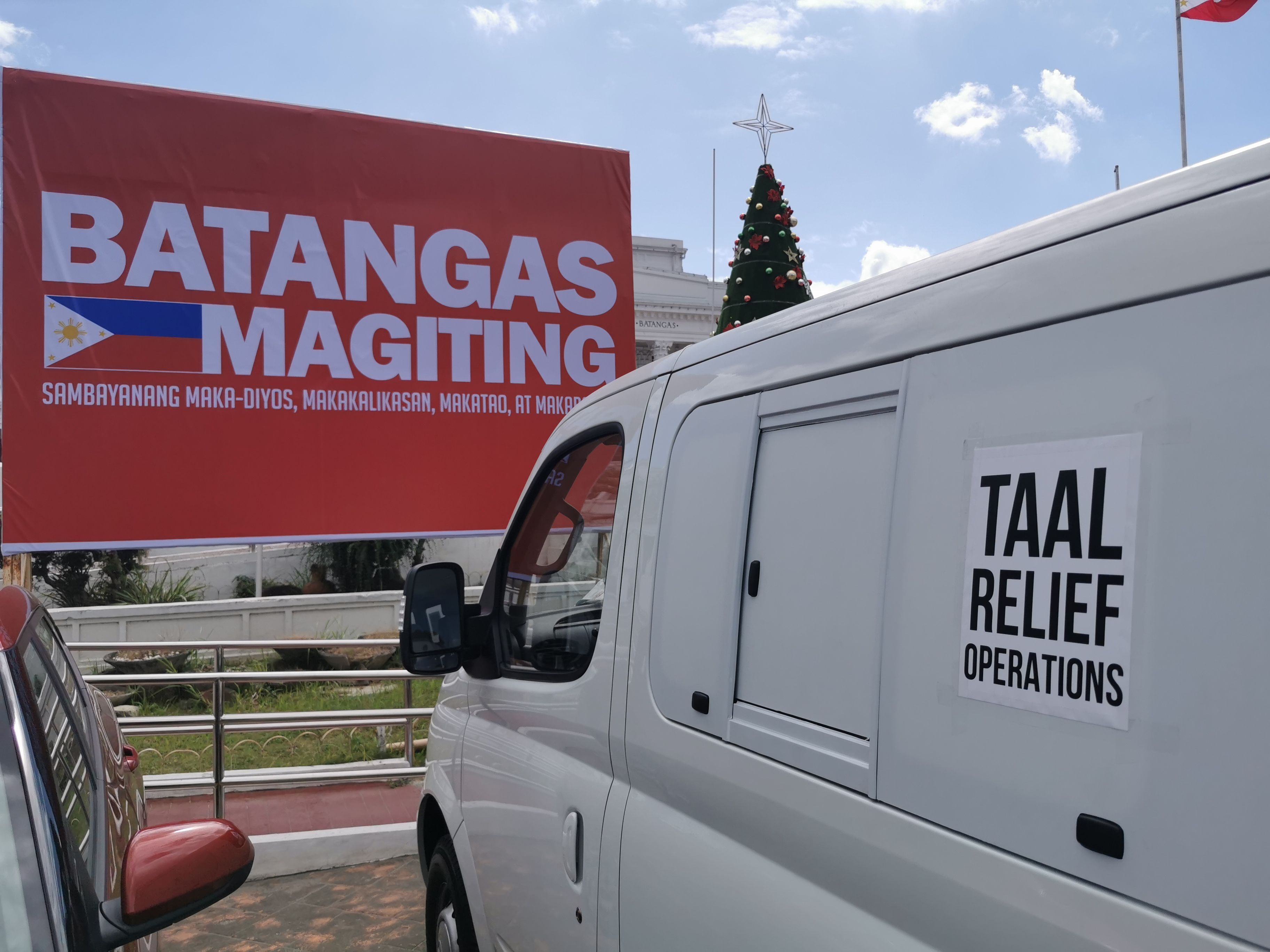 Working for more than a decade, sometimes, I tend to take things (without getting into much details) for granted.

To some, they might be doing it a lot more often that they already learned a valuable lesson or have become used to the concept of being a man for others, but after joining the AC Motors Relief Operations to Taal, the what-should-be-a-normal-drive turned out to be a productive and a fulfilling immersion that reminded this author to be thankful.

I joined as part of the relief operations pool made organized by AC Motors, following the eruption of Taal volcano last January 12.

Aside from providing relief goods, AC Motors, the automotive and motorcycle arm of AC Industrials, an Ayala subsidiary, in cooperation and coordination with Ayala Foundation Inc, donated 10 brand new Kia 2500 Kargo and Karga utility vans to the provincial government of Batangas.

Prior to the drive to the evacuation sites, reports told that there was an earthquake within the province. Truth be told, I had very little sleep the night before as I have read about it and was anxious if I would still join the operations.

Though it was more of tectonic and not the volcanic kind of earthquake, there is still that little fear that the Taal might suprise us (and luckily, the volcano didn't).

But my heart was telling me to go as I am far more lucky to have not suffered the same fate than our brethren in Batangas.

To note, around hundreds of thousand were displaced from their homes and have been residing to temporary shelters.

Before the drive, Arthur Tan, Group President and CEO of AC Industrials, was elated with the concerted effort of Ayala Corporation to AC Motors to Ayala Foundation and motoring media.

"Moving forward, I hope this is the beginning of how we have to work together in order to help our country in being able to be prepared for natural disasters," he said.

After that, we got to our vehicle assignments and I drove one of the vehicles (Maxus V80) filled with relief items, before going out on a 30-vehicle convoy all the way to Batangas Provincial Capitol to deliver first the vehicles for proper turnover, and to meet the point persons to each evacuation site in the towns of Alitagtag, Santa Teresita, San Jose, San Luis, Padre Garcia, and Mataas na Kahoy.

AC Motors was supposed to hold an appreciation night this February for media partners. When Taal volcano erupted, the company decided to conduct relief operations instead. When the motoring media learned of the change in plans, they themselves volunteered to drive the participating 30 vehicles with the relief goods inside.

Kia Philippines, one of the six brand companies under AC Motors, would be celebrating its first anniversary on January 30. The donation of the 10 vehicles has become part of the efforts to help the province of Batangas rebuild the areas affected by the Taal eruption.

At the sites the volunteers worked hand in hand to give out hygiene kits, towels and blankets, sleeping mats, mattresses, clothes, and underwear for men and women to at least 1,200 families from different disaster-affected areas.

At the site, I saw the Batanguenos' resilience. In spite of the disaster that has fallen to them, they still managed to smile and remain thankful.

I asked one of the leaders in the evacuation site on why they remain cheerful, I got a proud reply of, "Malalampasan namin ito, sigurado! (We will surely get through this!)"

That, for me, is worth the drive to that area, and was slapped with the hard truth that I have nothing to complain about.

After the distribution, the volunteers regrouped at the Batangas Provincial Capitol, where the 10 Kia Karga K2500 units were turned over.

Currently, the donated vehicles are being used to carry relief items from the Provincial Evacuation Center to hard-to-reach areas in the province.

The vehicles will later be assigned to affected municipalities that need them most.

Ayala Foundation President Ruel Maranan, who addressed the local groups at the provincial capitol, said, relief operations are just the beginning of helping the evacuees and the province.

"We have a long way to go in the recovery and rehabilitation of the affected areas. Keep the heart. Keep the faith. We are here to help you all the way, as long as you need us," Maranan said.

The drive was far from the usual media drives and reviews that we do, but definitely, I am not complaining, and will be reminded that no amount of trials that we should back down nor blind us from giving thanks.