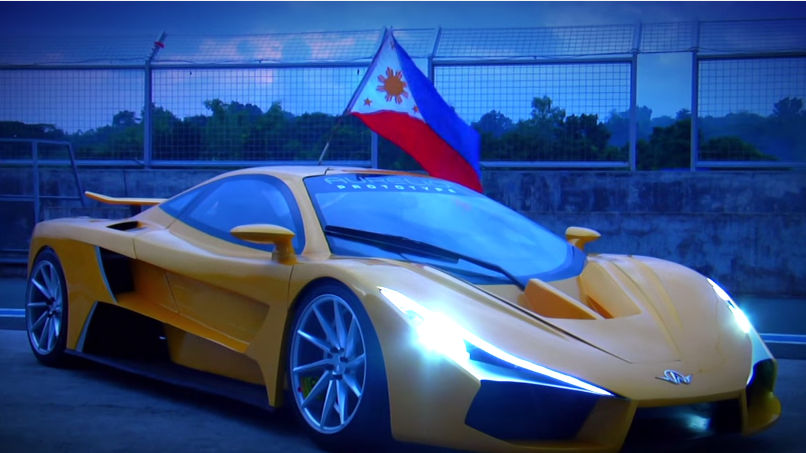 The super car vehicle segment has been dominated by Italian brands such as Ferrari, Lamborghini, Maserati, Alfa Romeo and Pagani Zonda for decades. Other car manufacturing countries like the US (SSC), Germany (Porsche) and Sweden (Koenigsegg) have also produced some memorable super cars, but now it is finally time to introduce our very own Aurelio, the first Filipino made supercar.

The Air of the Aurelio: A supercar made in the Philippines

The people behind Aurelio: a short history

Behind the company are siblings Kevin, 22, and Bryan Factor, 25, and Brendan Aurelio, 37. Youngest brother Kevin handles the internal mechanics of the car, while Aurelio is in charge of the interior and exterior designs. Bryan, on the other hand, is the business brain behind the company, with previous experience in investment projects and marketing. The three have said they share the same passion for cars and decided to create the Aurelio supercar to further boost local automotive manufacturing in the Philippines.

The Aurelio has two engine choices, and although they may not compete with the engine performance of traditional supercars made abroad, the Honda B16A V-TEC engine (found in the old Honda Civic Si) and the 2.0 liter Mitsubishi 4G63T turbocharged engine can still pack a punch.  The Mitsubishi engine delivers up to 457 horsepower for the Aurelio, capable of propelling the car to a top speed of nearly 290 kilometers per hour and can run a quarter of a mile in under 10 seconds. The car is made of both carbon fiber and fiberglass and is equipped with 18-inch Rota wheels and uses a VR4 front and rear suspension.

Both driver and passenger enter the Aurelio interior through scissor doors and are met by a sidepod cabin that is made from fiberglass reinforced plastic (FRP) and carbon fiber firewall components. Its four-man all-Filipino crew who call themselves, Factor Aurelio Automobile, have yet to disclose the full interior specifications of the car. The firm, however, is offering features and upholstery that can be customized according to its buyer's preferences and needs.

The Aurelio has the undeniable look and feel of a supercar. The car’s exterior design is a mash up of some of the leading names in this car segment. Its doors are similar to that of the McLaren P1, the front fascia and contours have a hint of the Ferrari 458 Italia and its rear end appears to have been inspired by the Lamborghini Aventador. Add that to its brightly colored paint job (of orange or yellow), low-slung ground clearance, and well-defined sharp edges and you could easily mistake this car as European-made. However, according to its San Pedro, Laguna-based manufacturer, around 80 percent of the car’s parts and components came from the Philippines. Except for the wheels, transmission, some suspension components, brakes, and the engine, everything in this car was sourced locally.

How much does the Aurelio Cost?

Car producer Factor Aurelio Automobile said that it can only produce six to 10 units a year, based on its current man power. Currently, the Aurelio is priced at P1.6 million, the same price as a brand new entry-level Toyota 86. Production sports cars that come close to the Aurelio's price are the Subaru BRZ 2.0Li RWD M/T (P1.928 million) and the sport compact hybrid electric automobile the Honda CR-Z standard M/T (P1.39 million).

Other sports cars from the Philippines include the Rosswurgh X1 by Rodsburgh Motors which pounces at a top speed of 329 kph thanks to its 650 horsepower 8-cylinder supercharged engine. To date, it has received more than 10,000 pre-orders.

The Aurelio is at the zenith of Philippine automotive ingenuity. While many may criticize it and say it has miles to go to match the impact of European, Japanese and American supercars, just knowing that Filipinos can make such a car is a source of pride for the country. This could be the start of a revolution in the local car industry.

6 weird-looking cars of the modern era