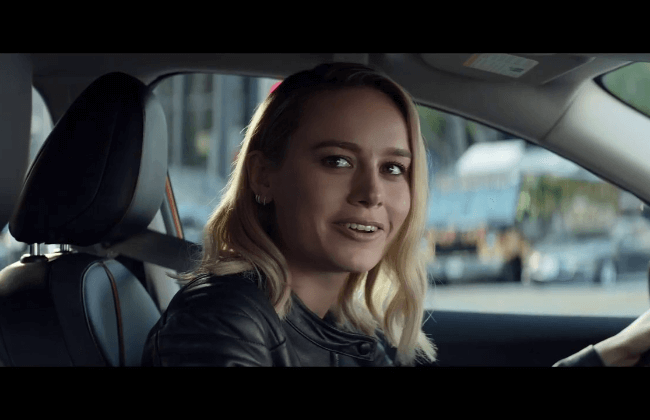 We didn't know Captain Marvel can drive--much less drive an all-new 2020 Nissan Sentra. Still, if Academy-Award winner Brie Larson would kick her bad-ass self in an empowering commercial, she would most likely 'refuse to compromise' and not settle for less--just like what she did in the newest Nissan Sentra campaign.

"The 'Refuse to Compromise' campaign demonstrates the idea that if the all-new Nissan Sentra can punch above its weight class and aim higher, so can its drivers," said Allyson Witherspoon, vice president, Marketing Communications and Media, Nissan North America.

"The radical redesign of this mid-size sedan delivers impressive design, handling, performance, and more standard safety technology than any other car in its class; it's one more proof-point that Nissan can deliver exactly what customers want at an incredible value in this segment."

The ad starts with a supervisor telling an employee that he's putting her promotion on hold for the quarter. Before the woman could reply, Larson stops in front of them and told the employee to "Drop the taco; get in the car".

They drove off together, while Larson asks if the Sentra feels like a compromise to her. She proceeds to demonstrate the different features of the vehicle showing how Sentra's handling and rear automatic braking "doesn't compromise", asking: "So if this Nissan Sentra doesn't compromise, then why should you?"

The action-packed joyride shows Larson use Sentra to inspire the woman "not to settle", and make a case for what she deserves.

"It's great to partner with Nissan on this inspiring campaign which is essentially about advocating for yourself and believing that you deserve a seat at the table," said actress Brie Larson, "It's a powerful message in a bottle that I'm so proud to be a part of."

The commercial was exclusively aired on Twitter last March 6, with the ad near the top of reader's feed through Twitter's First View. The commercial spot is launched on national television today, along with behind-the-scene footage on Nissan channels.

"Brie Larson is a strong and ground-breaking woman, who found fantastic success in the entertainment industry thanks to her unwavering spirit," said Witherspoon.

"Nissan didn't compromise with the all-new Sentra and with this campaign, we are communicating what makes the car stand out, and I hope we're inspiring customers to be bold and brave, just like our newest sedan."

You can learn more about the all-new Sentra by visiting this site: https://www.nissanusa.com/vehicles/cars/sentra.html

The 2020 Nissan Sentra Gets an Update--and It Looks Good