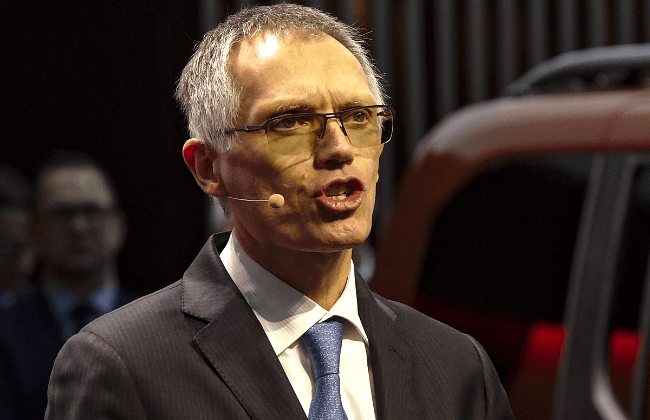 It's a decision made up of 86 World Car Awards (WCA) jurors from 24 countries: PSA Group's CEO, Carlos Tavares, is this year's recipient of the 2020 World Car Person of the Year.

The award will be officially given to Tavares during the World Car Awards' 2020 ceremony at the New York International Auto Show on Wednesday, April 8.

“It is a great honor to receive this prestigious award which I wish to dedicate to all the employees of the Groupe PSA, to its responsible and demanding social partners and to the supervisory board which guarantees effective governance," Tavares said.

"Because among our values "win together, agility, efficiency" includes the strength of the collective power, it is in the name all of us that I accept your honour with humility.”

Tavares made significant achievements over the past year alone. These include making PSA Group a world class institution with a well-respected portfolio. What's more, he was able to turn back the company's profitability—including Opel—in record time.

The PSA Group CEO also merged Fiat Chrysler Automobiles (FCA) and PSA, making them the fourth largest global automotive original equipment manufacturer (OEM) by volume and third largest (by revenue) with annual sales of 8.7 million units. The merger will create a better balance for their global presence while they continue to strengthen their market development in China. What's more, it will also both companies to strategize mobility and electrification innovations for their products.

Tavares, who is known for his calm, dignified, and modest demeanor, combines character with incredible efficiency and business competence.

One WCA juror commented: "That he still manages to be a decent bloke is icing on the cake!”

The World Car Person of the Year award is just one of the distinctions given by the World Car Awards. Now entering their 16th year, the annual World Car Awards is considered the number one awards program in the world for the seventh (7th) consecutive year (based on Prime Research's 2019 media report).

Officially launched in 2004, the World Car Awards "reflect the reality of the global marketplace, as well as to recognize, reward and inspire excellence, leadership and innovation in a rapidly changing automotive industry."

Other past World Car Person of the Year recipients include akan Samuelsson, President and CEO, Volvo Car Group (2018) and the late Sergio Marchionne, CEO, FCA; Chairman, CNH Industrial; and Chairman and CEO, Ferrari (2019).