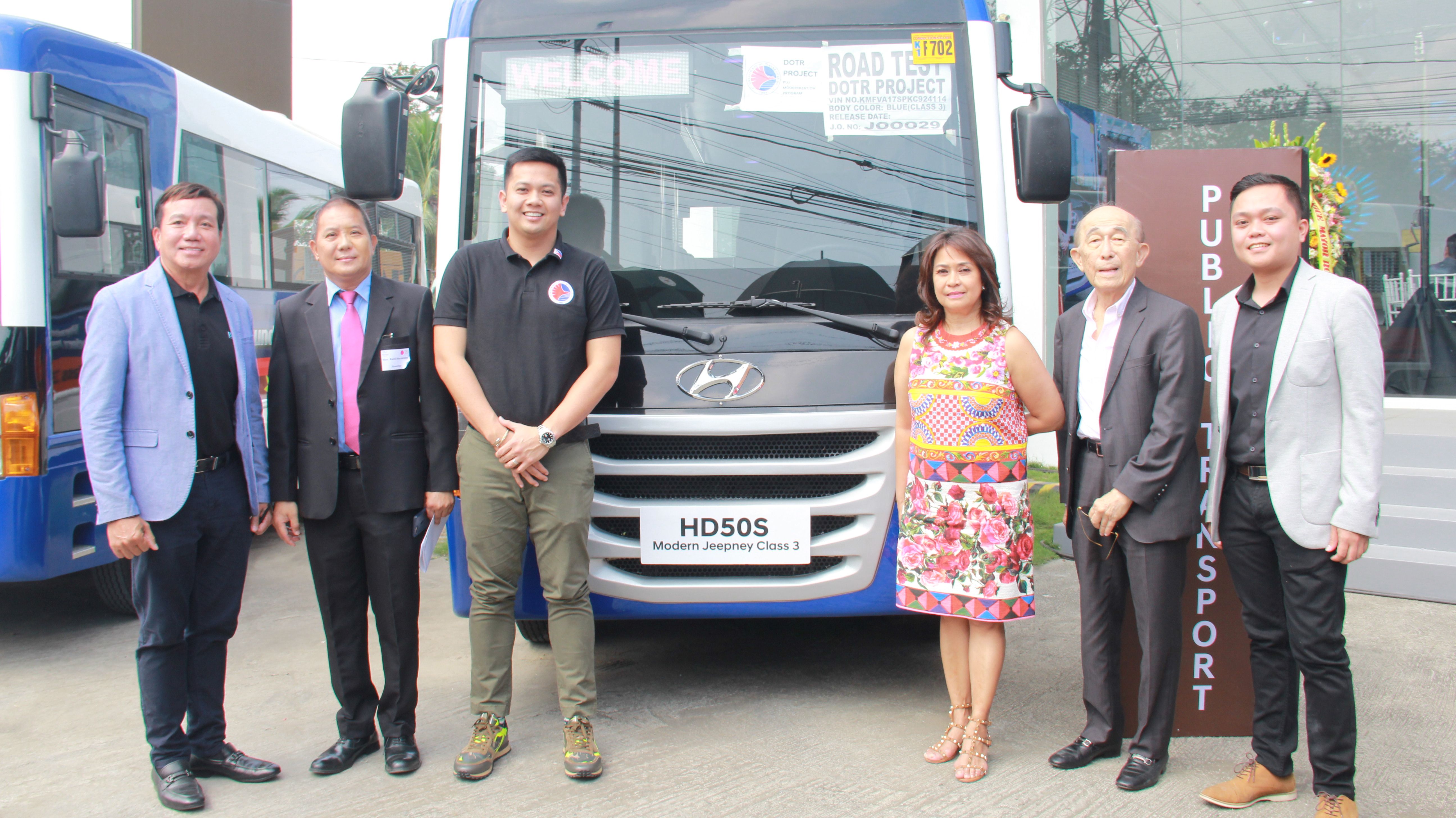 The local arm for Hyundai vehicles in the Philippines debuted its Modern Jeep Class 3 units.

The thee offers is said to make HARI the first player of the national PUV Modernization Program (PUVMP) to complete its lineup of Modern Jeepney offerings.

Currently, HARI has over 2,000 unit orders of its Modern Jeepney line with various transport groups across the country.

The two-day Negoshow Oro Mobility Expo, held at Hyundai Trucks and Buses (HTB) Calamba. HTB Calamba is under the umbrella of the Areza Group of Companies which celebrates its 30th year of operations.

In his speech at the event, Department of Transportation (DOTr) Assistant Secretary for Road Transport and Infrastructure Mark Steven Pastor outlined the socio-economic and environmental benefits of PUVMP and commended the various stakeholders from the private sector who have thrown their solid support for the nationwide implementation of the program.

Pastor, who also graced the turnover of another batch of Hyundai Modern Jeepneys in General Santos reported that since the PUVMP was launched, there are now 562 PUVMP-authorized routes to be plied by 15,650 authorized units, 4,120 of which are operational.

He also noted that 1,030 transport cooperatives that count a total of 104,000 members are already accredited by the Office of the Transportation Cooperatives (OTC).

“With this expo, I am confident that PUVMP’s objective to make our public transportation system efficient and environment-friendly will be realized. Naniniwala ako na ang teknolohiya at modernization ay magbubukas ng maraming oportunidad para sa ating bansa at mamamayan.”

For her part, HARI President and CEO Maria Fe Perez-Agudo was bullish about the impact of Negoshow Oro on CALABARZON business.

“It is fitting that Calamba City, the richest city in CALABARZON, be the first stop of Hyundai’s mobility expos for 2020. Negoshow Oro is a golden opportunity to raise the banner for Hyundai CV as the Partner in Every Way of Region 4-A…. At nais kong iparating sa DoTr Secretary na tuloy ang pagsuporta ng Hyundai na maging matagumpay ang PUV modernization program… Negoshow Oro is just a start of great things to come for Hyundai in CALABARZON. Malayo at malawak pa ang maari natin abutin!”

On a different note, Ms. Agudo urged the audience to stand together as a community to assist the communities that were devastated by the eruption of Taal Volcano.

Negoshow Oro ended Day 1 with a raffle draw, the proceeds of which were to be donated to the rescue and rehabilitation of Batangas’ province displaced communities.

HARI envisions Hyundai trucks and buses to be at the forefront of moving and connecting people and resources across islands and regions, driving businesses forward regardless of size and scale.