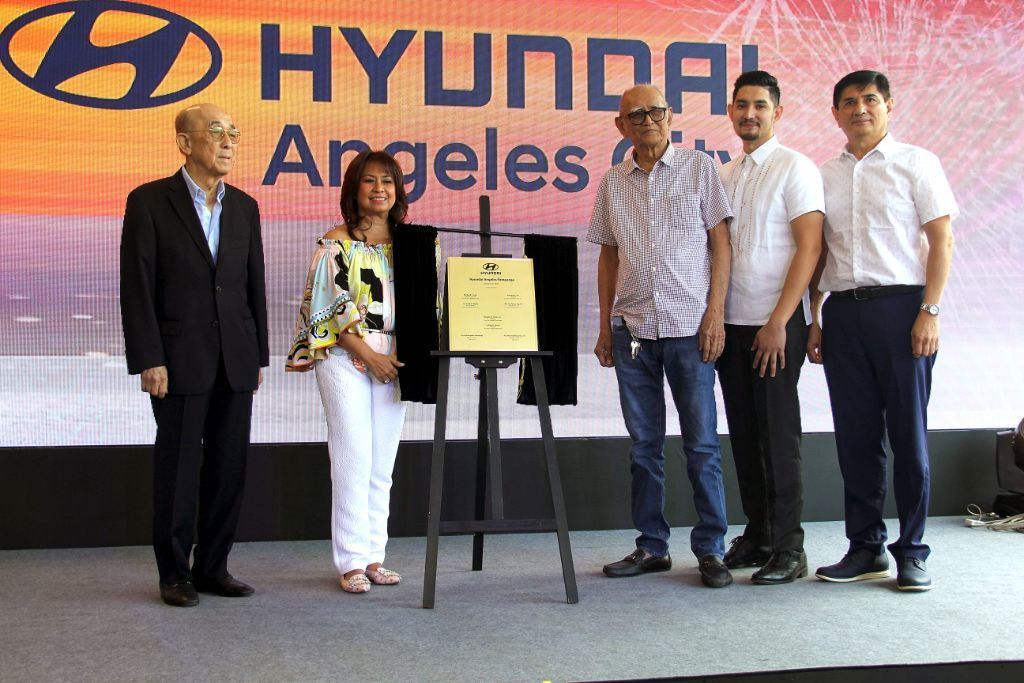 Hyundai Angeles is the second Hyundai PC dealership in Pampanga and the third in Central Luzon operated by the Hizon group. The Hizon Group counts among the first four pioneer Hyundai dealers in the Philippines.

“We are right where we should be,” affirmed Agudo. “The third Hyundai dealership under the Hizon Group is designed to respond to the needs of the booming business, tourism, and transport industries of Angeles.”

Yves Amiel Hizon, Deputy COO of Hyundai Angeles Pampanga, took pride in the Hizon Group’s as one of the four pioneer dealers of Hyundai in the Philippines.

This third generation Hizon is now bent on carrying on his father’s legacy by bringing Hyundai Angeles to success in this new decade.

Sidelights of the inauguration were the signing of a Memorandum of Understanding (MOU), allocating some 700 units of the Hyundai H-100 Class 1 Modern Jeepney to local transport groups; and the turnover of an H-100 ambulance to the local government.

Hyundai Angeles complies with Global Dealership Space Identity (GDSI) standards, the modern design philosophy of Hyundai Motor Company (HMC) that mirrors and complements its top-performing vehicles, such as the Reina, Accent, Kona, Tucson, Grand Starex, and Santa Fe. HARI hinted that the newly launched dealerships and those that are opening this year will be housing Hyundai’s latest innovations slated for 2020.

On January 24, the day after the Angeles launch, HARI went on to open the first-ever Hyundai PC dealership in the Cordilleras, Hyundai Baguio City.

Last 2019, HARI sold 33,763 units (full-year figures) and generated 2.9% growth in December versus the same month in 2018, enabling it to maintain its position in the market as one of the top automotive brands in the Philippine market.

These days, while we funnel our hard-earned money to necessities, it also almost impossible ignore a fun-to-drive ride. So local...

Jeepney drivers and small operators rallied to call the attention of the Department of Social Welfare and Development (DSWD). Their...

Two of three lanes of the Skyway Extension project's northbound section were opened to the public over the weekend, San...

Last week Department of Transportation (DOTr) Secretary Arthur Tugade made a firm call to all concerned agencies to curb what...

DPWH: Binondo-Intramuros Bridge on track for completion this year

The Department of Public Works and Highways (DPWH) said that despite the constraints following the present pandemic situation, the Binondo-Intramuros...

Ford expands Explorer model in US with 3 new variants

Ford Motors adds three variants to the Explorer lineup, giving the browsers more choices in the best-selling SUV. The new...

German carmaker Volkswagen is not only pushing for climate protection through its electric cars, but also through the plants of...

The first customers of the Volkswagen ID.4 have recently collected their cars from VW's Transparent Factory in Dresden, and the...

Honda has just made a teaser for the 11th-generation Civic, which would be revealed later this month and the word...