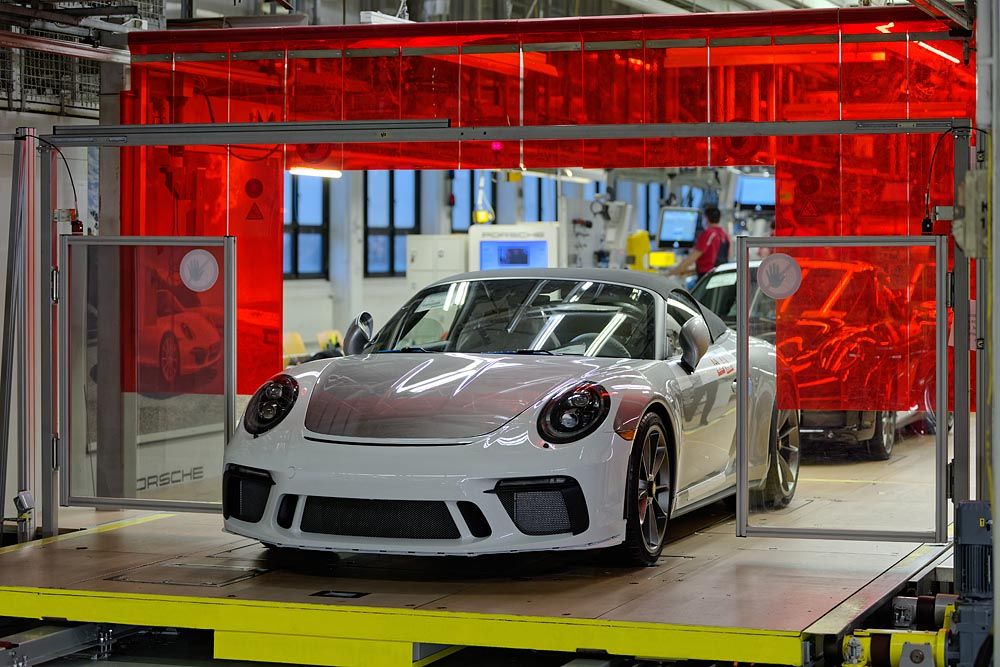 The Asia-Pacific region has been very receptive for the European sports car Porsche for 2019, with their sales increase by around half of their total compared to the previous year.

In a statement, Porsche Asia Pacific rolled out 3,025 vehicles in the region together with its importer partners in 2019, recording an increase of 41% year-on-year.

This makes the region one of the fastest-growing Porsche market in the world.

New Zealand, Singapore, Thailand and Vietnam were the countries that Porsche performed well.

Among its offers, Cayenne and Macan saw significant growth, surpassing 1,000 units for each model line, emphasizing the customer excitement and growth potential for the segment in the region.

The Cayenne more than doubled in volume, seeing an increase of 154% with the sports car being delivered 1,070 times in the region. The results also confirmed the popularity of the Cayenne plug-in hybrid model, which made up more than half of the total Cayenne deliveries (53 percent), thanks to its sophisticated powertrain offering additional power boost.

On the other hand, the Macan rolled out 1,090 units, reflecting an 84 percent growth.

The iconic Porsche 911 continued to fascinate with 352 units handed over to customers, recording a 16 percent rise while Panamera delivere 312 to customers and 718 sold some 201 units.

Porsche enthusiasts had plenty to be excited about in 2019, which saw a host of exciting sports cars.

The revival of the 911 Speedster was a fitting swansong for the previous generation as Porsche welcomed the eighth generation of the iconic 911 in the markets.

Customers were also given a taste of what 2020 has in store for Porsche in the region. The Cayenne Coupé began arriving in markets as a sportier derivative and a true athlete of the SUV segment.

The all-electric Taycan made its regional debut with a spectacular drone performance at Marina Bay in Singapore, in an unprecedented collaboration with Star Wars ahead of market launches planned for 2020. In addition, the introduction of the 718 Spyder and GT4 models made headlines in Asia Pacific.

“2019 was a momentous year for Porsche Asia Pacific. The strong performance across markets was a result of the attractive product portfolio, which stirred customer excitement for the Porsche brand and sports cars. Our success was also possible because of the strengthened market and business development strategy built together with our business partners in the region,” said Arthur Willmann, Managing Director of Porsche Asia Pacific.

He continued that 2020 promises to be a pivotal year as Porsche enters the era of electromobility, welcoming the new Taycan, the first all-electric Porsche. As a pioneer in sustainable sporting mobility, Porsche will also compete in Formula E for the first time in the region, namely in Jakarta, Indonesia. Motorsport fans in Southeast Asia will have more to cheer for as Porsche will further intensify racing activities with Porsche Carrera Cup Asia events in Vietnam (Hanoi Street Circuit), on top of the races in Singapore (Marina Bay Street Circuit), Malaysia (Sepang International Circuit) and Thailand (Bangsaen Street Circuit and Chang International Circuit). The year 2020 will offer not only great products, but also various exciting events for the Porsche community and fans.

Also read: The Newest Porsche GTS is the Sportiest in the Macan Lineup