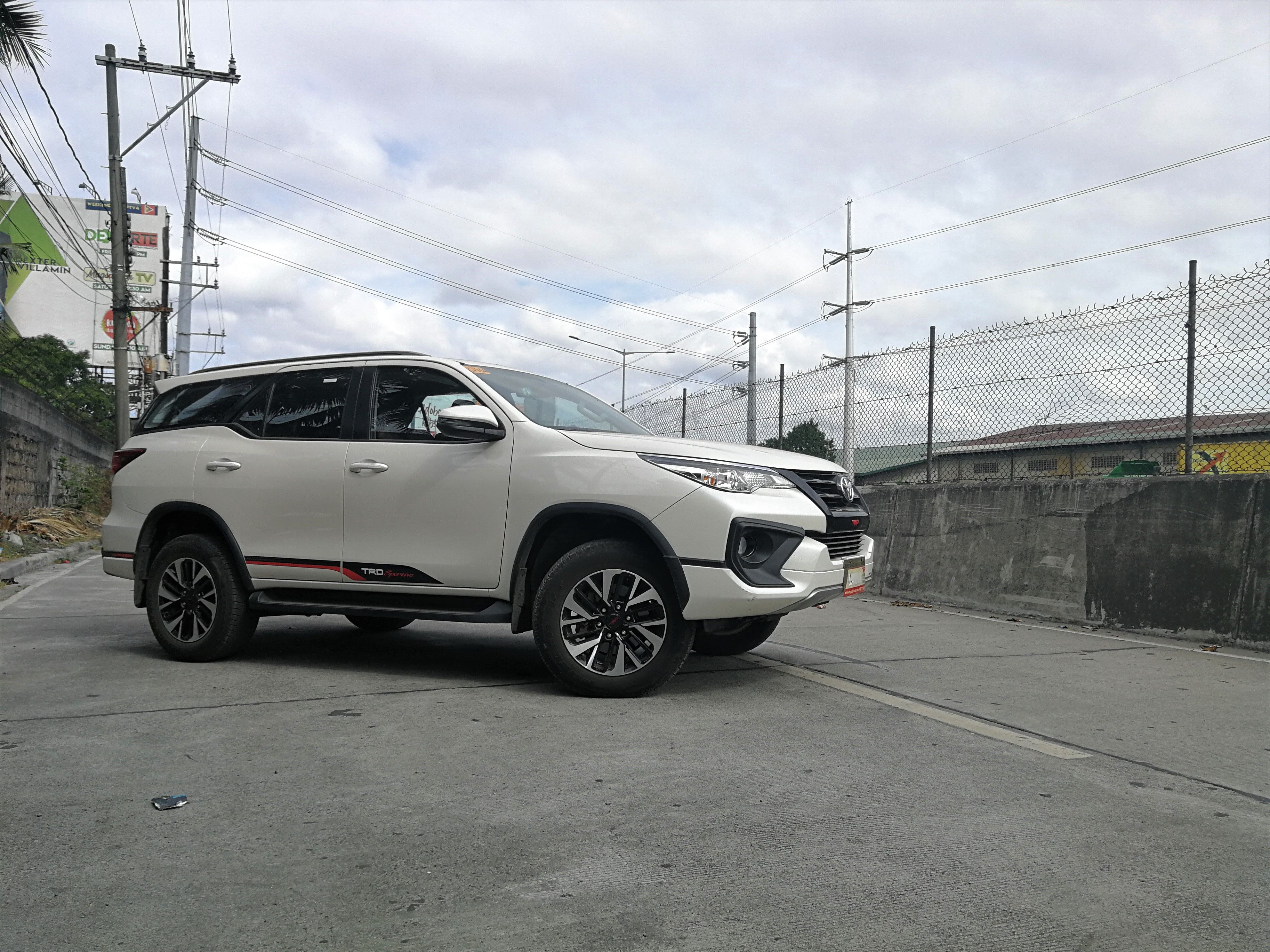 When we cannot be the jack of all traits, we must focus on what we can improve on, in order to present or market ourselves. One needs to compensate what you lack in character. You lack skills, you put in diligence, you’re low in intelligence, you add more on other strength.

But when you have enough, does that mean, you need not grow?

When Toyota Motor Philippines (TMP) presented the Fortuner to the market, it has already shown some its strengths that the market almost instantaneously grew in numbers. With the sales figures last year, there should be no reason to make any changes since it has received quite a reassuring value. 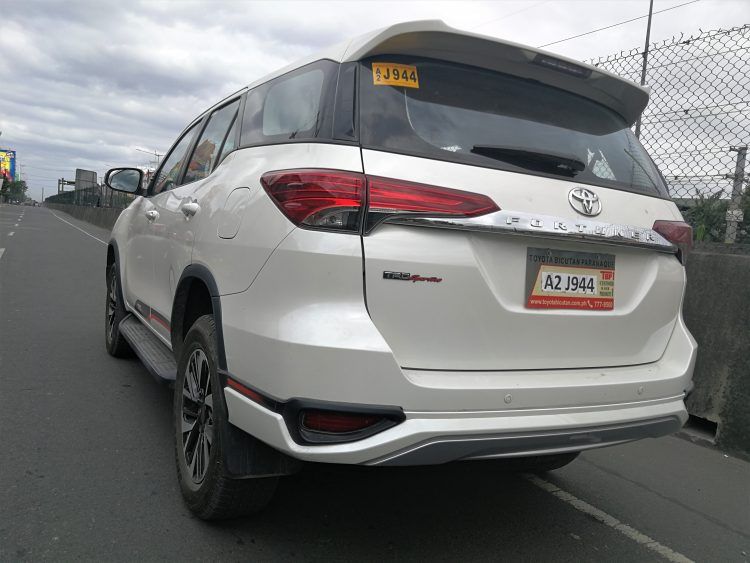 However, just like any prototype, there are points where it needs to be improved, and Toyota made sure that its current Kaiju possesses the needed developments. And with the 2018 Toyota Fortuner 2.4 G 4×2 TRD Sportivo, the tweaks were done in a very distinct fashion.

The reliable 2.4-liter turbodiesel engine remains intact since it can deliver good numbers on performance (148 hp and 400 Nm) and mileage (around 11-12 kilometers per liter on city drive on normal mode) and seems to have the same response when you push the throttle. With the current version, the ride seems to be more planted on the ground than the previous one.

Depending on one’s preference, the 2018 Toyota Fortuner 2.4 G 4×2 TRD Sportivo has eco and sport mode to suit your driving style.

A slight delay on the response time can be experienced with the transmission and it felt like like it was asking approval from the driver whether it will shift upwards or downwards which could have been caused by the weight (a tad heavier than the first-generation). But to be fair, it only releases very little shift shocks--even from high to low gear

Ride-wise, the 2018 Toyota Fortuner 2.4 G 4×2 TRD Sportivo is asking for more passengers to provide more comfort. Front passengers are given much leeway when it comes to that aspect. However, when seated at the rear, the broken patches on the road could remind you that it shares the platform of the Hilux.

It's in the looks department where the major adjustments were made. 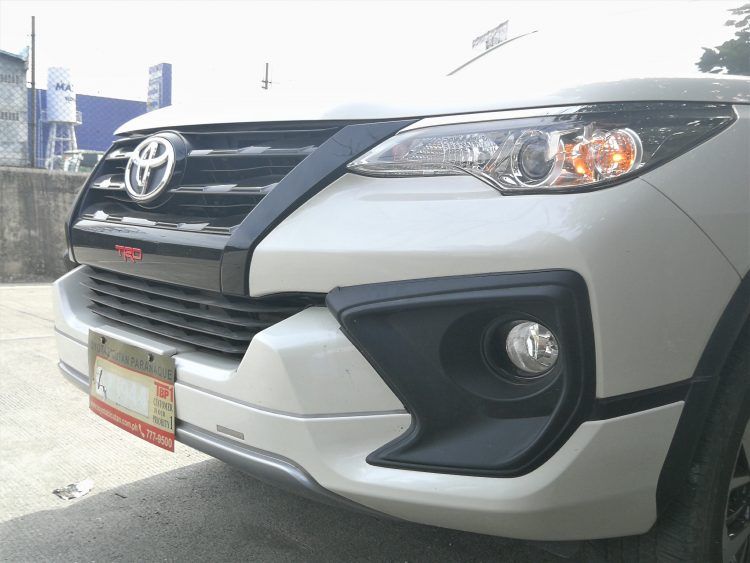 For the exterior, the TRD kits and 18-inch alloy wheels made the overall look sportier and more aggressive. Add to that the black grilles and fog light housings. Though it would have been perfect if they would choose the cleaner--meaning no sticker screaming Sportivo--at the doors.

The inside is a mix of comfort and elegance with a more futuristic appeal. The mix of dark brown fabric for its seats, faux wood panel on the transmission panel, leather and wood steering wheel give the overall look inside cozier compared to the lighter shade of fabric that was once fitted on the previous generation Fortuners.

The busy--yet flat--design of the Fortuner gives it a more futuristic appeal while giving the driver more control of infotainment system--though if I would have it my way, I would keep the steering wheel as sacred and free from the numerous buttons where your co-passenger could do it anyways.

Another pet peeve would be the absence of rear view camera, which, to my opinion, should be included already even at the base models. And since it has that look already, it could use a little more innovation like automatic rear door for the rear to complete the premium look.

With the price tag of PHP1.791 million for this spec, the added hefty sum of money would be like paying for the comfort and beauty features that the somehow similar to the higher models.

If the there are some room for improvements that the previous model variants lack, the 2018 Toyota Fortuner 2.4 G 4×2 TRD Sportivo almost had it all, thereby focusing on what it could excel more.

- Fabric seats
- Rear ride still needs to be refined
- No rearview camera
- Manual door opening for the rear
- Busy steering wheel that could keep eyes from looking straight on the road
Ruben Manahan IV on Feb 12, 2019
Share this article
4036 Views

The Innova MPV is a relatively new car in Toyota’s lineup, beginning life sometime in 2005 as a replacement to...

What if you could both care for your vehicle and share to those in need at the same time? Wouldn’t...

The local distributor for Chinese automotive brand Geely has announced that they will soon be competing in the crossover category...

The Japanese automaker Mitsubishi’s local arm is set to power the Department of Education (DepEd) anew after handing over a...

Chevron Philippines Inc., the local marketer for fuel company Caltex, announced that motorists can now earn points for their CLiQQ...

It seems that the Maxus G50 has found its market in the Queen City of the South as another businessman...

Oil firms are set to implement an oil price rollback on diesel and kerosene tomorrow Tuesday, (October 27, 2020). Based...

The Ayala-backed Kia Philippines is dead serious about expanding their reach to tap a wider market as they have recently...

More than 30,000 vehicles are using the North Luzon Expressway Harbor Link on a daily basis, the NLEX Corporation announced....