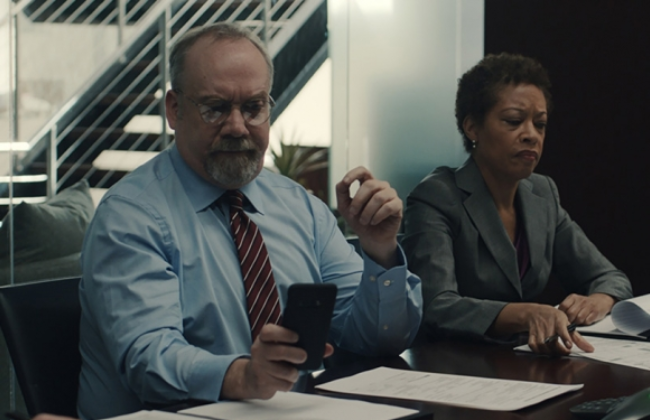 Volkswagen recently launched the Atlas Cross Sport with the first episode in a three-part series short film titled "The Accountant."

The German company uses the tagline, "Excessive Where It Matters" to promote the vehicle's luxurious appeal mixed with practical sensibility.

The first part of the series introduces a celebrity / high-profile accountant played by Paul Giamatti. The scene starts off with Giamatti's character struggling to convince his wealthy client (a character played by Kieran Culkin) to control his spending.

The scenes shows his frustration, as he advises his client not to spend his money on private planes, solid gold jet-ski, and even a tiger.

During the last few scenes, the "wealthy" client once again calls the accountant to tell him his latest purchase: a Volkswagen Atlas Cross Sport. Realizing that his client made a smart decision, the accountant was relieved that his client was becoming more financially-wise--until he hears Culkin's character say he's at a famous Las Vegas hotel and casino.

Volkswagen's "Excessive Where It Matters" campaign reminds how our modern culture today makes irresponsible decisions due to our obsession with self-indulgence.

Still, there's also a fine line between choosing things that are not only luxurious, but are also priced sensibly. This merging of style and practicality is what Volkswagen Atlas Cross Sport is all about.

“Excess in itself isn’t wrong, but excess for the sake of showing off is,” said Saad Chehab, senior vice president, Volkswagen brand marketing. “Americans shouldn’t have to overextend themselves to drive a quality vehicle that garners celebrity style attention and respect. That’s why we’ve made the Atlas Cross Sport Excessive Where it Matters.’”

With a starting price of around $30,545 (PHP1.5Million), the Atlas Cross Sport gives a taste of what it's like to spend excess on things that matter most: classy and elegant design, advanced connectivity, driver-assistance systems, spacious interior, dependable performance, and practical features. It's a no-none sense, versatile vehicle that makes you stand out without trying too hard to show off .

The Cross Sport's exterior showcases an elegant three-bar chrome grill with a new light signature. The vehicle also has a dramatically-raked rear pillar and hatch, giving a "coupe-like" appearance. 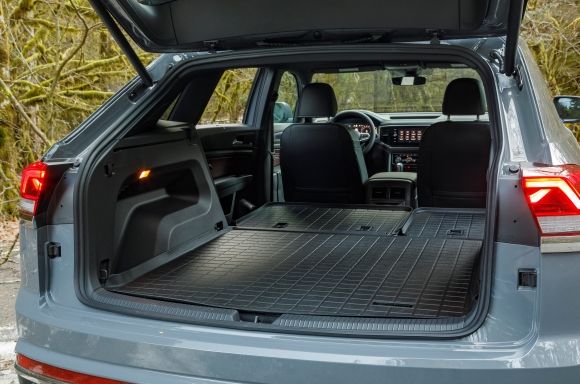 Inside, the Atlas Cross Sport offers a lot of space and advanced connectivity and driver-assistance features. Offering ample cargo space and legroom for passengers, it's meant to take "comfort driving" to a higher level.

The interior also features a redesigned steering wheel and available two-tone inserts with stitching accents on the door panels to create a more upscale feel to the design.

The Volkswagen Atlas Cross Sport has two remaining episodes ahead. You can view the next two series on TV, digital and social during the March Madness.

This is the 2020 Volkswagen Caddy