Ural Just Created a Motorcycle with a Built-In Drone 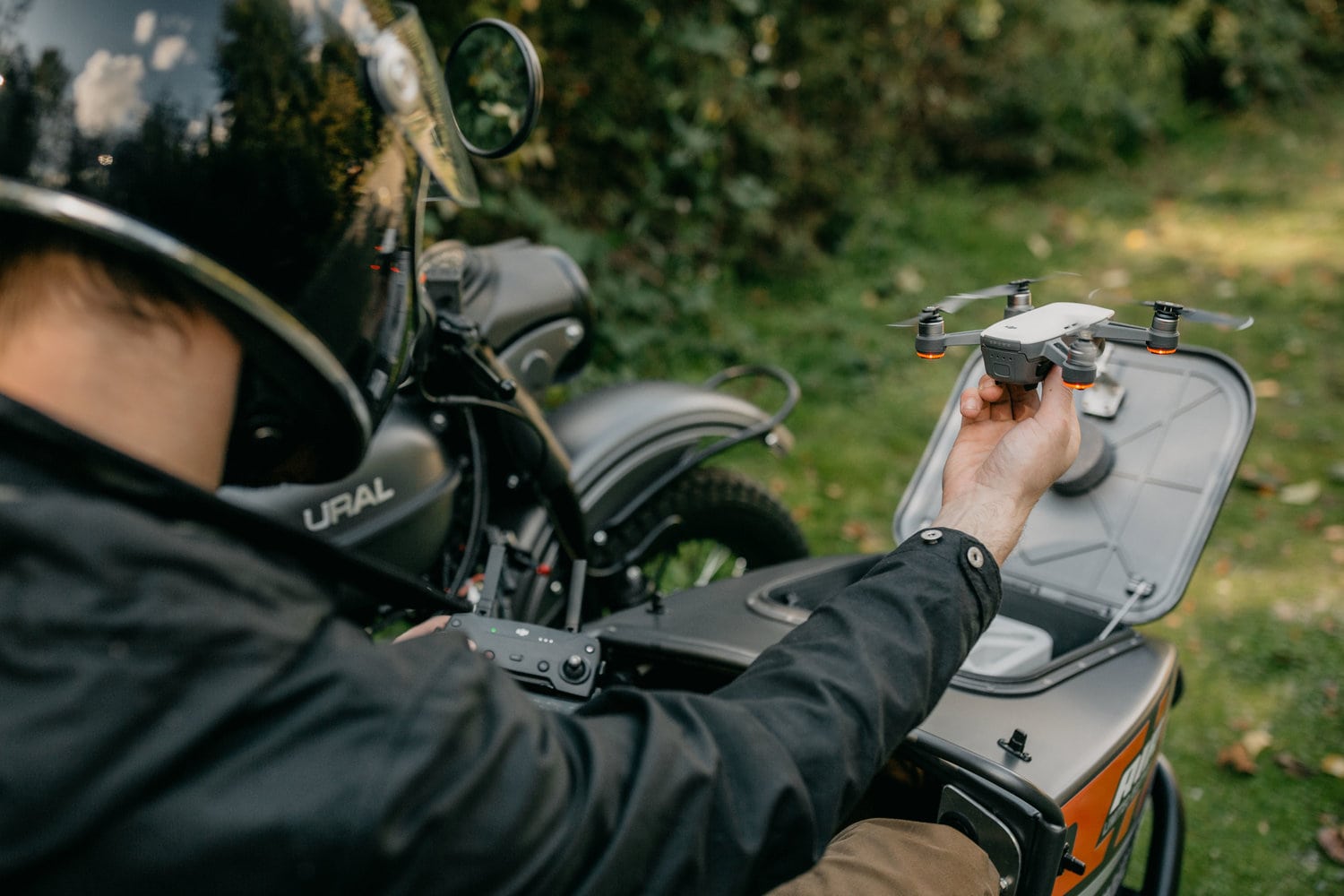 "What’s over the ridge? What’s just beyond your campsite? What obstacles lie ahead after a big storm?"

The answer? A drone launcher--or specifically a sidecar that can launch a drone.

This technology comes from Ural Air, which features a "DJI Spark Drone" inside. It can be launched out of the sidecar's compartment to help give you aerial photos of what's "out there" over the horizon.

According to the company, they were inspired by their riders' adventures and experiences in "different views."

"The inspiration behind this limited edition was to open Ural riders to new experiences, and see their adventures from a different perspective. It also reflects our fascination with blending Ural’s classic design with cutting-edge technologies."

Ural, whose motorcycle origins go way back to the time of World War II , was patterned "after a late-1930s BMW sidecar bike called the R71. It was the vehicle that the Nazi Germany provided to the Soviet Union after the countries signed a non-aggression Molotov–Ribbentrop pact in 1939.

The very first model was found to match the requirements that the Red Army needed to push through the "harsh Russian climate and terrain" during that time. Production eventually increased, and they moved their production plant to the town of Irbit, located in the Ural mountains of Siberia.

The helping hand of oil giant Petron Corporation is giving motorists a way to join their efforts in rallying behind...

Oil companies continues to dive as it continues to implement another round of price rollback. Shell Philippines has announced the...

As the world economy continues to dwindle down due to the effects of the dreaded Severe Acute Respiratory Syndrome-CoronaVirus (SARS-COV),...

Scared of Coronavirus? Have your Car Serviced Online

The COVID-19 pandemic might be affecting many businesses today, but there's one type business that seems to be doing  quite...

Good news to all tuner fans out there: Honda Super Tuner Legends Series has just joined the third annual 2020...

Oil Companies Makes Another Round of Across-The-Board Price Cut

Oil firms have implemented a big-time price rollback on all their products by the pump to welcome the month of...