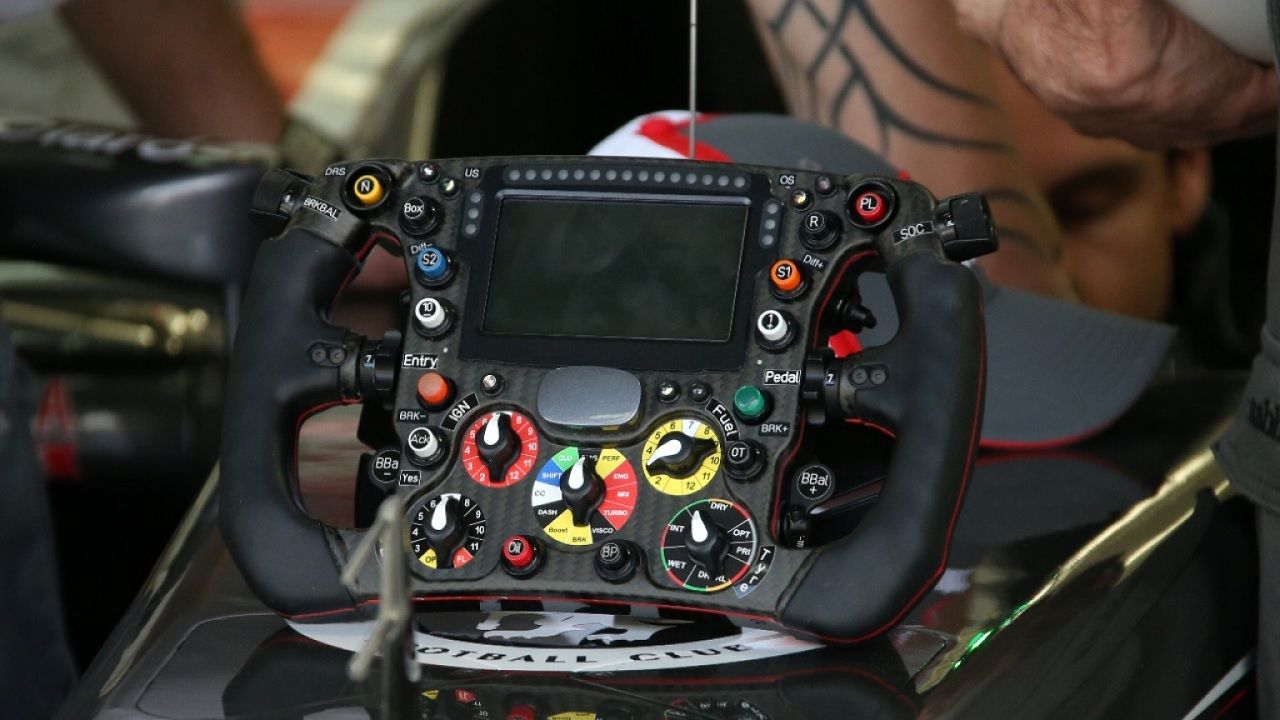 The F1 steering wheel is a modern marvel of design. You could probably drop it on the floor in a contemporary art exhibit and it wouldn't look out of place among the displays. And it likely costs just about as much as those art pieces as well.

But more than a design achievement, it is also an engineering wonder. Like a fully-functioning fidget toy, it's got all these buttons, knobs, paddles, etc., in a wide array of colors. These days, they even come with a touchscreen.

If you've ever pondered what all those buttons are for, the guys at McLaren Honda F1 were kind enough to provide this breakdown of their version of the F1 steering wheel. Have a closer look. 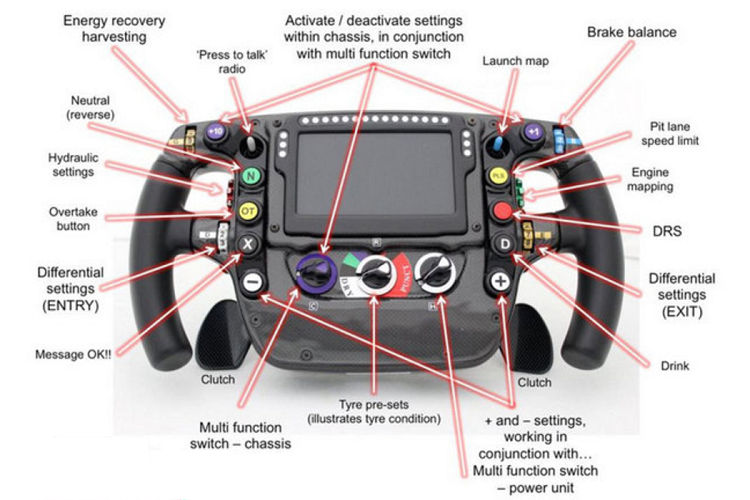 As you can see, the makers of F1 steering wheels make every effort to keep every function that the driver needs to perform within the reach of his fingers, in order to keep his hands on the wheel at all times. It's basically the central controlling unit for the entire car, providing the driver with the easiest possible access to just about everything.

Clutch—these are paddle shifters that operate the clutch. You may notice that there are two. That's because one steering wheel is used by multiple drivers, and so having two paddle shifters take into account whether the driver is left- or right-handed.

Overtake—this button acts like the 'nitro' button on a drag racer, granting the driver the power boost needed to pass a car.

Multi-Function Switch (chassis)—this blue knob works in tandem with two other blue buttons so the driver can make chassis adjustments on the fly.

Pit Lane Speed—this button functions as a speed limiter. Drivers press it when entering a pit lane so regardless of how heavy the foot may be on the accelerator, the car will never exceed 100 kph.

DRS—the letters stand for Drag Reduction System, and it controls the rear wing on the car. The regulators behind F1 are actually pretty strict about its use--drivers are not allowed to use it in the first two laps of a race, and it must be pressed only within the DRS activation zone, when the car in front is about one second away. Thankfully, a driver doesn't need to do all these calculations, as a light on the dash indicates when it's okay to press this button.

Engine Mapping—this knob acts like the drive mode selector equipped in many modern vehicles. It allows the driver to switch between smooth and aggressive power delivery. Most F1 cars have four engine maps to choose from.

Differential Settings—this adjusts the power distribution between the rear tires, so the driver can make the most economical use of power when turning. ENTRY is for incoming a turn, and EXIT is for departing one.

Brake Balance—this dial ensures effective front/rear braking ratio to prevent the car from spinning or kicking out its tail. Drivers make adjustments to the brakes as changes in fuel load, track conditions, and weather happen.

Drink—the F1 racing helmet comes with a tube that supplies the driver with his chosen drink. F1 races can be grueling, and this button allows the driver to replenish precious fluids.

Of course, not every F1 steering wheel is created equal, and each team can build its own version, with different shapes, parts and functions, so long as they adhere to regulations. Should F1 in Manila become a reality, we may soon be able to feast our eyes on these beauties up close.

Honda Philippines recently gave further support to health workers via vehicle lend-out to numerous hospitals in Laguna and Cavite. The...