Over the past 50 years, six generations of the Z car have enticed car fans and aficionados, building a massive cult following dedicated to a car that is as handsome as it is powerful.

In half a century, Japanese automaker Nissan has sold more than 1.5 million units of the Z car. The retro-inspired 350Z developed the Z’s fortunes in the 21st century, and the latest incarnation, the 370Z, continues the tradition of high-performance and prolonged the culture in our modern time.

Nissan Z: 50 Years of Exhilarating Performance is a book written by Pete Evanow. Inside is a complete history of the Z, and handsomely illustrated in the book is the car's significant racing history which includes successes in IMSA and SCCA sports car racing. 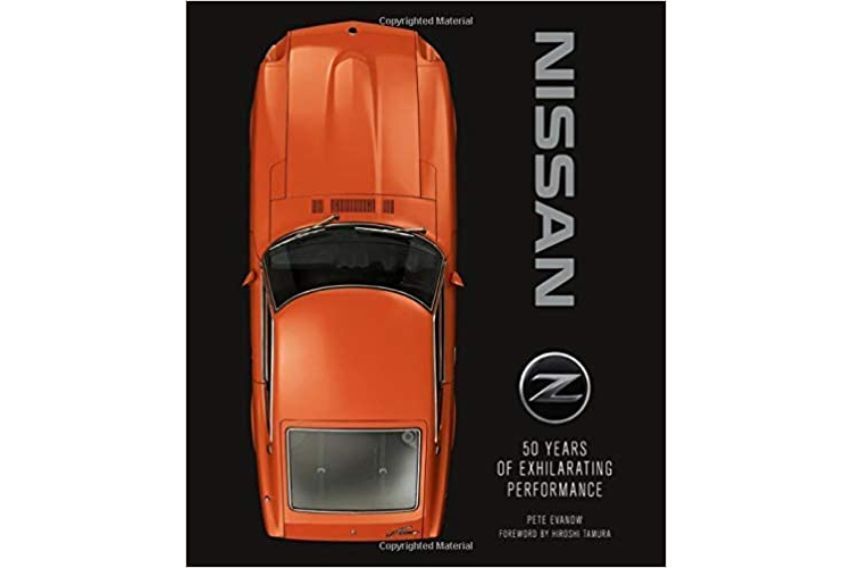 Evanow has enjoyed a long and extensive relationship with Nissan. His insights into the history of this automotive icon provide a fresh, compelling perspective on the five decades of the Z that no enthusiast will want to miss.

By 1972, Nissan, then known as Datsun, sales had reached 46,537 units. The 240Z was into its third year of production with minor changes. Wheel covers were removed at the dealership in favor of installing magnesium wheels as an upsell, and many featured black rear window slats as a dealer-install. The original flying 240Z logo on the C pillar changed to a round Z emblem. The car looked pretty much the same, and as it continued to sell well, dealers and customers were happy. On the race track, the car was indeed a winner. So, to prove its mettle in other venues, the Z car went off-road, winning rallies across the world. The media adored the car, with writers across the journalistic landscape continuously complimenting the Z and its designers for having created such a magnificent piece of automotive machinery. 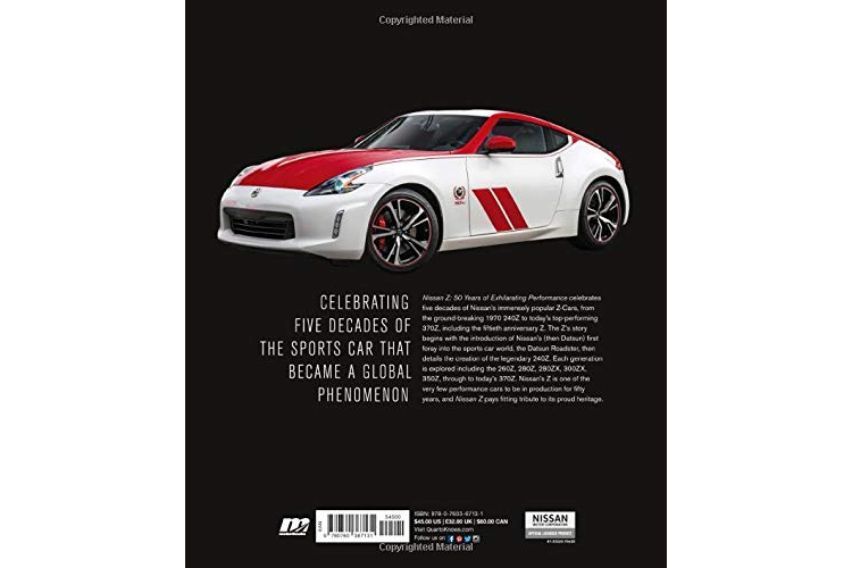 While The Z Store wrapped up its program and packed away its tools, the first Z Concept got ready for its first public appearance in March 1999 at the New York Auto Show. The attention to detail and profound embedding of the current technology at that time showed the consumers how capable the car company is when it comes to their vehicles, in addition it also prolongs the culture and the long-growing admiration of fans worldwide. The Z Concept was all about continuing the Z momentum, all while keeping costs under control. While the concept had some characteristics of its predecessors the vehicle also carried a 2.4-liter, four-cylinder engine, which replaced the long-standing V6, while cutting down on engine size it genuinely lessened the weight whilst allowing the car to reach greater speeds.

The attractive car was released at a vital moment and defined the vehicle as a more appropriate model for its generation and was greatly supported by journalists, critiques and also the Nissan management. Featuring a retro-interpretation rather than a upgrade it interpolates all the passive years of its release while packing it in a set that is more acceptable by older car enthusiasts and the modern market.

“Our goal in designing the Z Concept was not to merely update the 30-year-old, but to take some of the elements that made the original car special and integrate them into a totally new design.” Hirshberg on his seriousness about the Z’s history came through in Nissan Design International’s design.

Nissan To Bring 370Z to PH This April