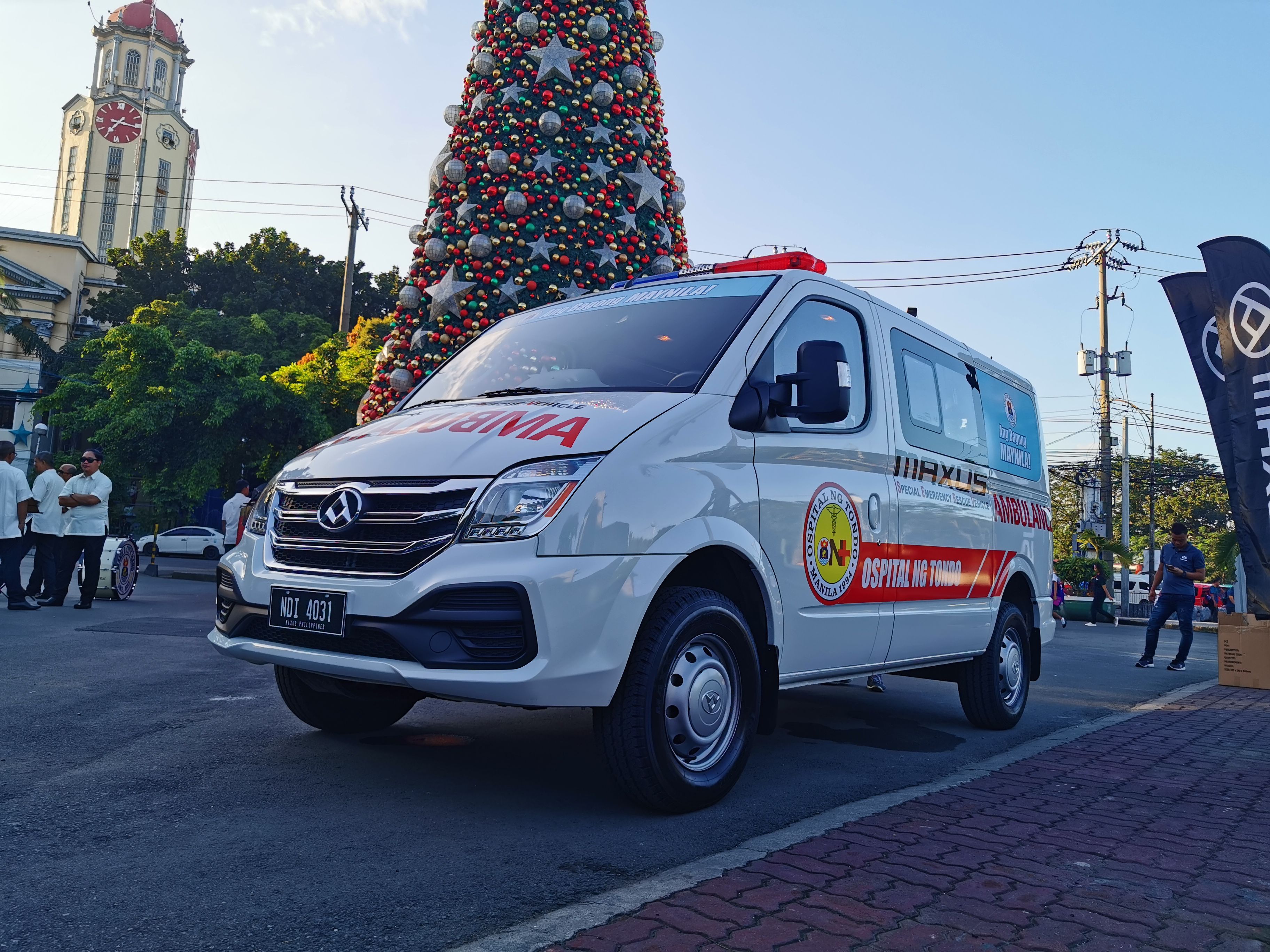 In line with its corporate-social responsibility efforts, Maxus Philippines has donated an ambulance to the City Government of Manila.

Domagoso--widely known as 'Yorme' because of his street-slang--personally thanked executives of Maxus Philippines on the Maxus V80 Flex ambulance that will be earmarked to Ospital ng Tondo in Manila.

The donation of the Maxus V80 Flex ambulance represents Maxus Philippines' concrete support for the local government of Manila's efforts to fulfill the Mayor's promise of "real change" in his vision of "Ang Bagong Maynila (A New Manila)". This vision includes improving healthcare services for the citizens of the country's capital city.

Inside, a two-layer medical floor-mounted cabinet, as well as a fully collapsible stretcher with locking mechanism have been supplied.

See said that the periodic maintenance service (PMS) interval schedule for the V80 Flex ambulance, like in all other Maxus vehicles, are the first 5,000 kms and every succeeding 10,000 kms, or once a year, whichever comes first. For this emergency medical services transport that is on-call 24/7, this would be more convenient, cost-efficient, and more critically advantageous compared to the industry-standard 5,000-km PMS interval.

Relatedly, Domagaso revealed that he has plans of providing more ambulances with his juridiction, putting up an ambulance post within "5-10 minute radius."

"We hope to achieve this sooner," the City's chief executive told reporters.