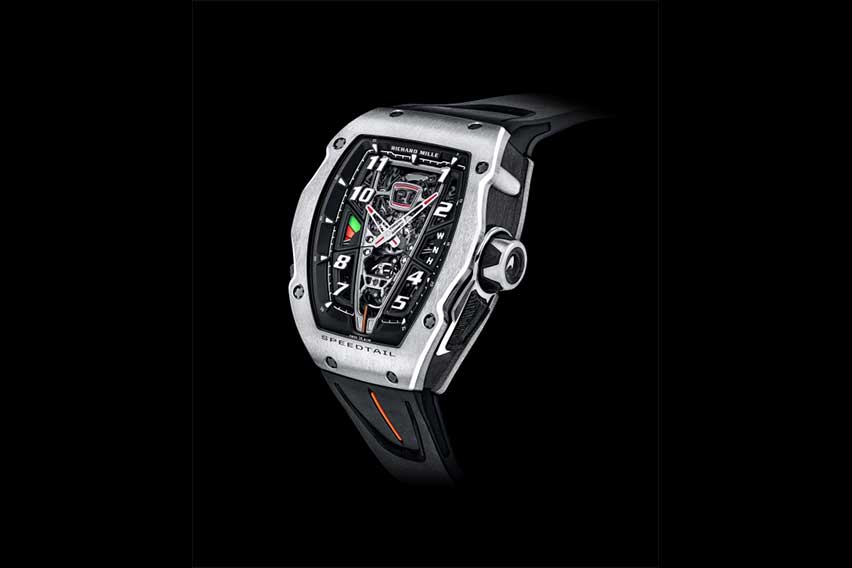 As McLaren Automotive and Richard Mille enter the fifth year of their ongoing partnership, the luxury brands have unveiled their latest—and probably most ambitious—project to date, the RM 40-01 Automatic Tourbillon McLaren Speedtail.

The RM 40-01 Speedtail timepiece was made to commemorate the fastest, most advanced, and most exotic road car McLaren has produced.

According to Julien Boillat, technical director of Richard Mille’s casing department, “The watch has one of the highest levels of finishing ever executed at Richard Mille. There has also been a lot of development with our anglers and polishers. The attention to detail is extreme, with mirror polished, plain, and satinized effects in different areas and the combined use of titanium and Carbon TPT. The case itself is made from 69 individual parts.”

The McLaren Speedtail’s exterior was based on the form of a teardrop and is a result of the British supercar maker’s pursuit of aerodynamic perfection. This feature is embodied in the physical dimensions of the watch which mimics the form of a water droplet. 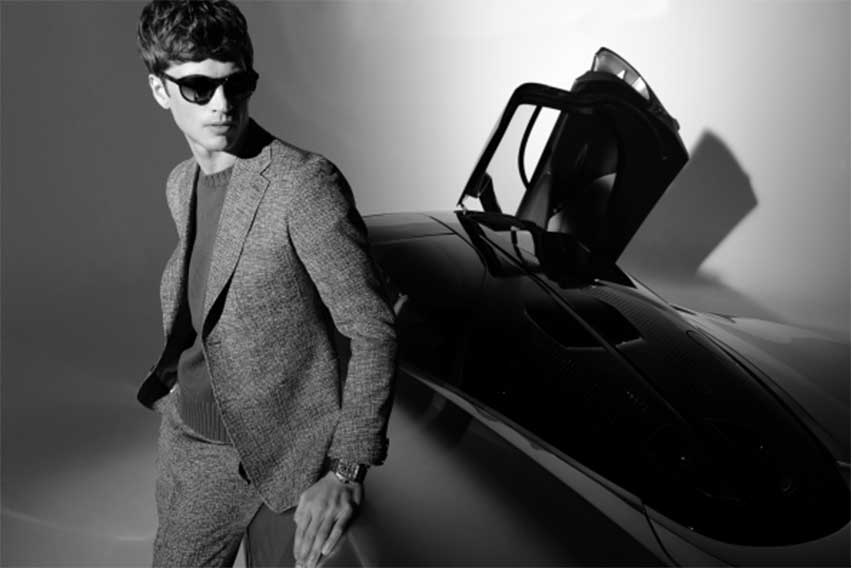 Richard Mille developed a unique upper crystal featuring a “triple contour” to protect the RM 40-01's state-of-the-art movement. The upper crystal accounts for the decreasing taper and the thickness of the bezel due to the watch’s complex teardrop shape.

The watch also features a unique rubber strap that uses Vulculor technology which enables colored rubber to be over-molded. This allowed Richard Mille to incorporate McLaren Automotive’s iconic orange accent stripe extend from the watch’s six o’clock to the wrist.

In addition, Richard Mille Movement Technical Director Salvador Arbona crafted a horological engine that seamlessly occupies all the available space and gives the RM 40-01 a certain level of mechanical sophistication.

The movement drives the watch introduces the mechanism’s first power reserve display as well as the oversize date and function selector complications, all of which are firsts at Richard Mille for an in-house tourbillon.

Inspired by the Speedtail’s hood, the watch’s winding rotor is in platinum and red gold. 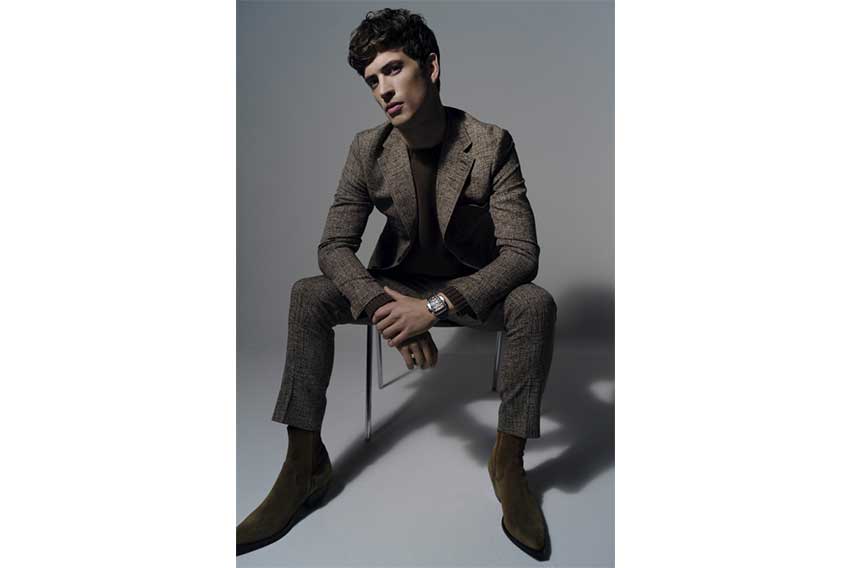 "There are many similarities between the way that Richard Mille and McLaren approach common design and engineering challenges, such as saving weight, reducing vibrational impact, and minimizing resistance. When it came to the RM 40-01, we had considerable input in sharing the highlights of the car and the philosophy behind it. With the Speedtail, we set out to produce a car that had an artistic quality to it. That has certainly come through in the watch, which beautifully mirrors the many various details of the Speedtail in its finish, materials, and its uncompromising design,” said McLaren Automotive’s design director, Rob Melville.

Like the limited-production hybrid supercar it was based on, the production of the RM 40-01 Automatic Tourbillon McLaren Speedtail will only be limited to 106 watches.