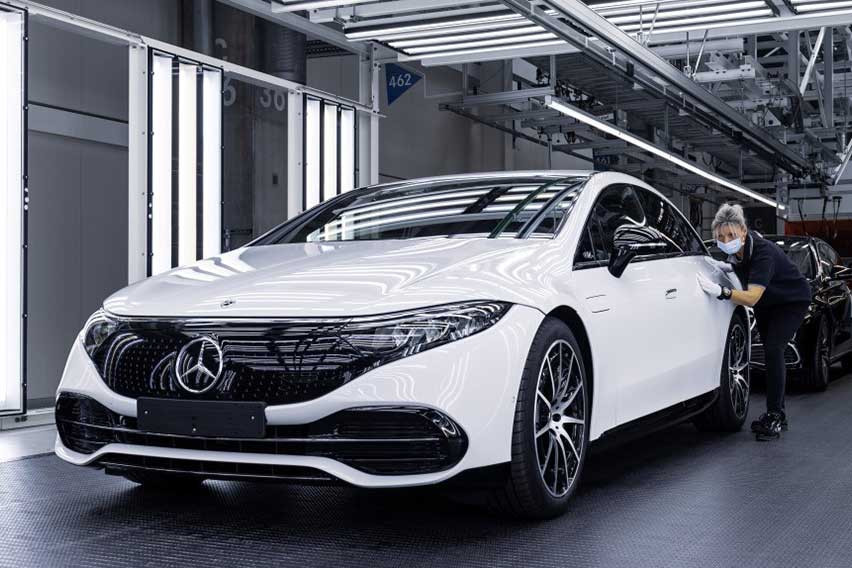 Mercedes-Benz described its Factory 56 at the Sindelfingen plant as "flexible, digital, efficient, and sustainable." And that's where its EQS electric sedan has started being assembled, next to its gasoline-powered sedan siblings the S-Class and the long-wheelbase version of the Maybach S-Class.

One measure that enhances environmental protection and resource conservation is the photovoltaic system on the factory roof. The photovoltaic roof is said to cover around 30 percent of the electricity demand yearly.

With the factory's maximum flexibility, the assembly of different models and drive types on one line is possible, the German marque adds. The processes and equipment in the production hall can be adapt to the requirements of the EQS. 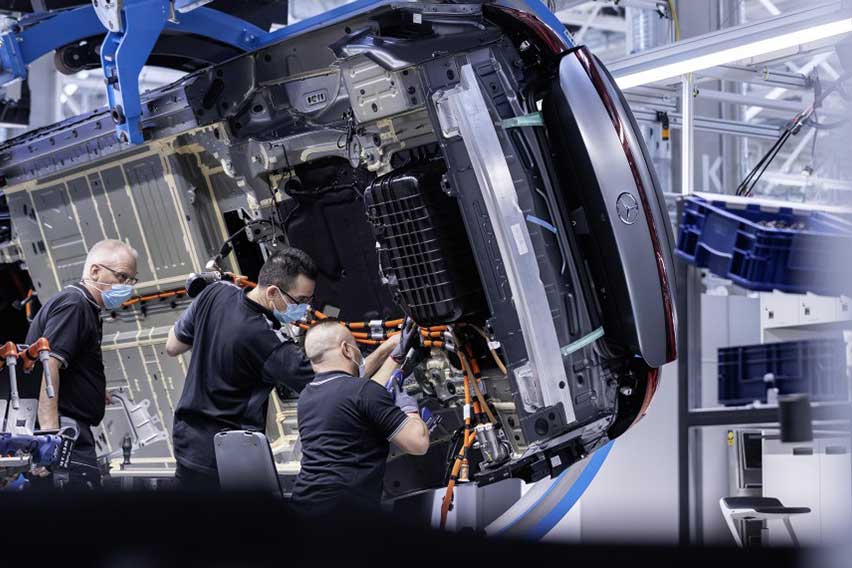 Meanwhile, Mercedes-Benz connects the EQS body to its drive system in a process called "Fullflex Marriage," which consists of several modular stations. Production efficiency has also been increased because of digitalization, which represents the brand's smarter production process.

Not only does the digital strategy help the EQS production, but also with provides the best support for the more than 1,500 employees at Factory 56 in their daily work, the brand adds. The employees have also received the proper training to handle the digital devices. 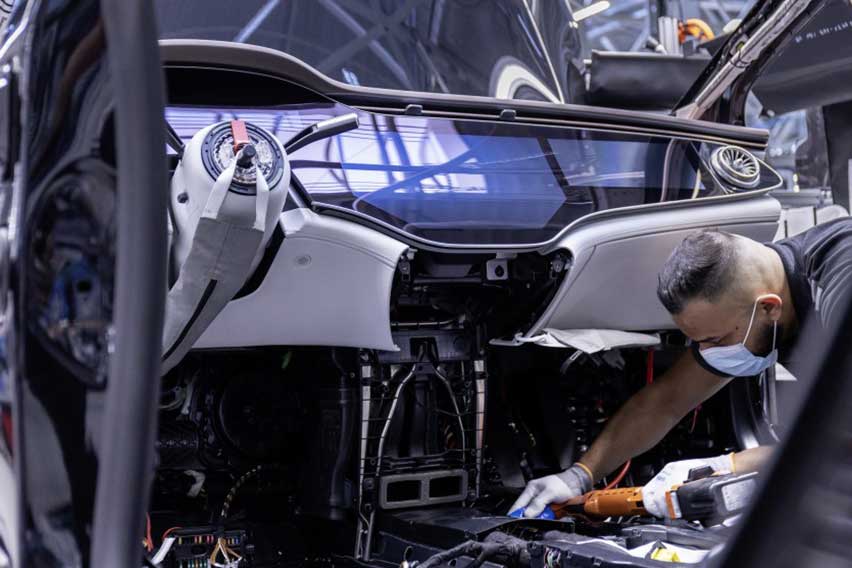 With claimed range up to 770 kilometers and an output of up to 516hp, Mercedes-Benz says the EQS "meets every expectation of a progressive saloon in the S-Class segment."

A performance version with up to 750hp is being planned, while all EQS models have an electric powertrain called eATS at the rear axle. The versions with four-wheel drive 4MATIC have an eATS at the front rollers.

The German marque also claims that this large sedan is the most aerodynamic production car in the world. It credits the "great deal of meticulous detail work" in the design, the aerodynamicists, in close cooperation with the designers, who were able to achieve a new drag coefficient value of 0.20. 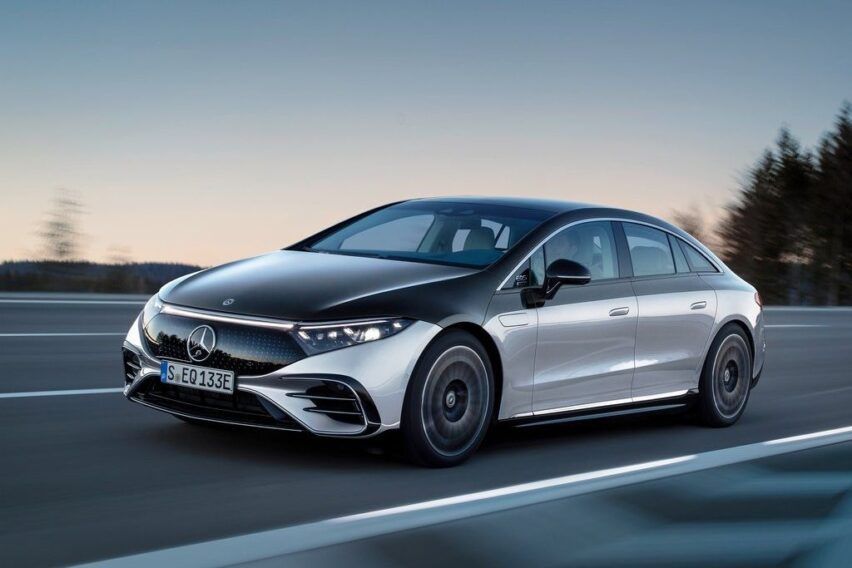 The rating range particularly benefits from the slippery shape of the EQS.

Other design highlights of the car are in its Digital Deep Dive Design.  In this design philosophy, the EQS wears an array of features appealing to the human senses. This includes visual, auditory, olfactory, and haptic perception.

Inside, the Energizing Nature program is applied, which aims to keep drivers and passengers relaxed. HEPA filters ensure clean air circulating in the cabin.

The MBUX Hyperscreen, an instrument panel that takes almost the entire width of the dashboard. The features within the Hyperscreen will be updated over-the-air updates, while the music played from the infotainment will use 'Sound experiences' for a sharper auditory experience.

"With our EQS, we have created a completely new, future generation of luxury cars. Based on our style of sensual purity, we create desire by combining a beautifully seductive sculpture with the most progressive proportion," Daimler Group Chief Design Officer Gorden Wagener said.

"Key features such as the "one-bow" design and a holistically integrated, highly reduced and seamless styling gives the EQS its sporty and progressive look. That's what sets it apart from any other vehicle we have ever created ─ that's what makes our EQS so extraordinary," Wagener concluded.