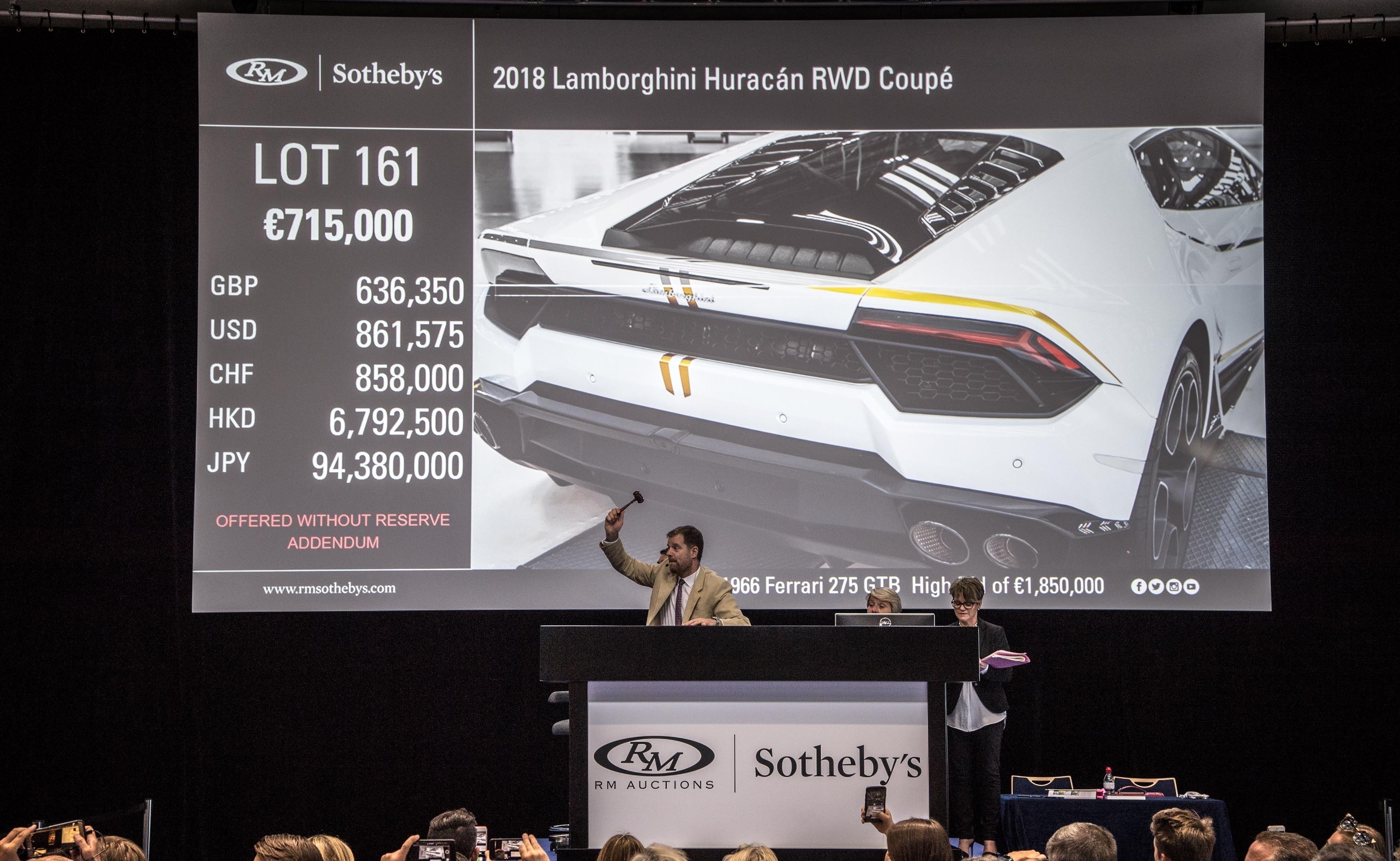 Auction house RM Sotheby's has raised EUR809,375 (over PHP50 million) for the one-off Lamborghini Huracan the Italian carmaker made for Pope Francis, with the proceeds going to a number of projects supported by the head of the Catholic Church.

Lamborghini created the one-off, rear-wheel-drive Lamborghini Huracan through its 'Ad Personam' customization department, with the car's design being an homage to the Vatican, specifically the colors of the Vatican City flag, with the supercar finished in Bianco Monocerus with Giallo Tiberino highlights marking the Huracan’s silhouette. Rolling on diamond-finished, 20-inch Giano wheels covering Nero calipers, the car's interior is trimmed with Bianco Leda Sportivo leather, with Lamborghini crests adorning the headrests. The final touch was added by the Pope himself, who signed the bonnet of the car upon seeing it for the first time.

Presented in virtually as-new condition, the Huracan has remained in static storage since being produced in late 2017.

The proceeds of the car's sale will be distributed as follows: