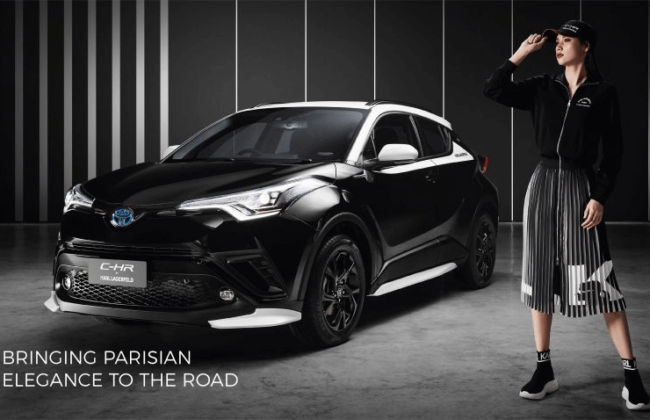 Toyota Motor Thailand has just announced the reveal of the newest addition to their lineup, a special edition Toyota C-HR by Karl Lagerfeld. To those unfamiliar with Karl Lagerfeld, he was one of the world’s most iconic and legendary fashion designers. He is notably known to have been behind the success of several leading fashion brands such as Tommy Hilfiger, Chanel, and Fendi. “On the revolutionary journey of transformation towards a “Mobility Company”, Toyota is deeply committed to the creation of Ever-Better Cars which is one of the company’s key challenges in a bid to develop “vehicles” that represent unprecedented perfection. Adhering to this concept, Toyota C-HR has been diligently developed as a car that embodies sheer finesse, distinguished identity and striking uniqueness, while offering four key innovative technologies of Toyota’s global standard,” Toyota Motor Thailand said in a statement. 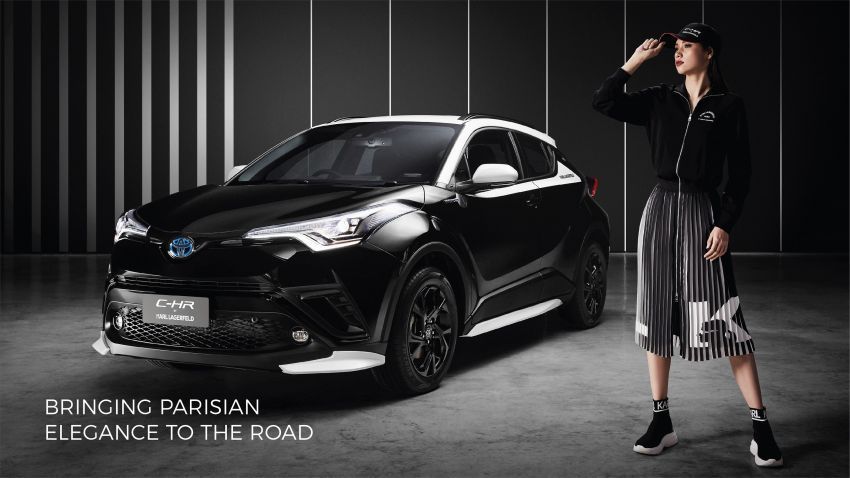 Surasak Suthongwan, Executive Vice President of Toyota Motor Thailand Company Limited, said, “Nowadays, SUV customers tend to enjoy unique lifestyles and desire to own a car that is not only stylish, but also represents a deep sense of fashion and remarkable attributes. They need a car that is one of a kind as well as giving them absolute driving confidence and astonishing versatility. Consequently, in developing our SUVs, Toyota has been heavily focused on creating innovative models that exactly reflect the image of the drivers. Especially for Toyota C-HR, we have put in a massive efforts to ensure that it stands out with genuinely striking and futuristic design, while preserving unparalleled uniqueness and offering innovative technologies, coupled with top-rated safety system and superior driving performance. All these remarkable qualities precisely reflect the charismatic leadership in terms of design and technology and has eventually led to the latest collaboration between Toyota and Karl Lagerfeld, which is unquestionably our like-minded partner in the global fashion industry and is always the extremely bold trendsetter.” “With the commonly shared philosophy and DNA towards the creation of the best products, Toyota and KARL LAGERFELD have initiated a unique collaboration to embark on radical design revolution by integrating the science of automotive technology with the art of fashion. The collaboration has resulted in the launch of Toyota C-HR BY KARL LAGERFELD LIMITED EDITION that is essentially enhanced through tremendous effort to create the perfect combination of black and white, coupled with premium materials available exclusively in this limited edition.” 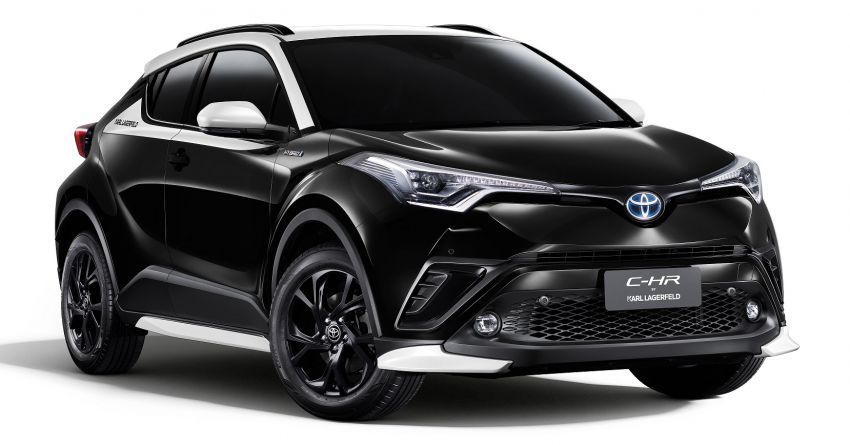 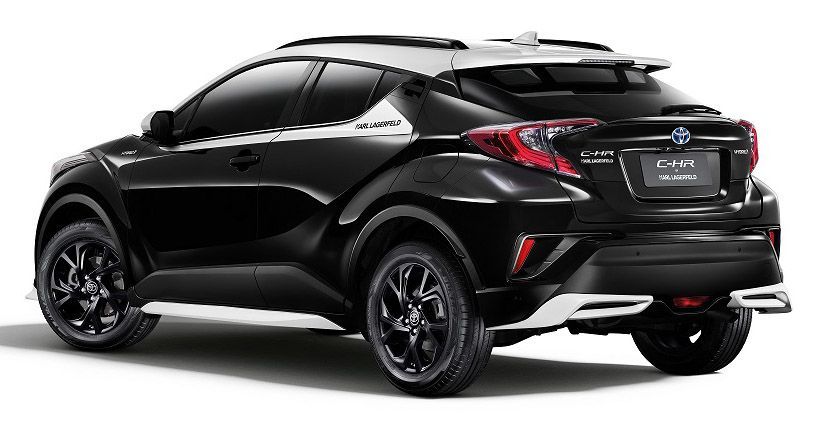 For the interior of the vehicle, the cabin is fitted with a black and white theme in the interior, along with a KARL LAGERFELD emblem. The two-tone seats made are from high-quality leather and are also emblazoned with the KARL LAGERFELD brand. There are also C-HR by KARL LAGERFELD scrub plates. "Toyota C-HR BY KARL LAGERFELD marks the phenomenal collaboration of the creative design teams of Toyota and KARL LAGERFELD to develop such creative and high-performance breakthrough. It is extremely surprising that the design of Toyota C-HR can blend seamlessly with KARL LAGERFELD’s identity." sPier Paolo Righi, Chief Executive Officer of KARL LAGERFELD, stated. "The shades of black and white are artfully expressed in the car as we call it ‘Parisian Rock Chic’ style, which provides beyond the illustration of beauty, but it completely defines the sheer spirit of embracing the present, Invention the future." The limited edition Toyota C-HR by Karl Lagerfeld is available for 1.219 Thai Baht (Php 1.88 million). There will only be 200 units made. Under the hood, this special edition C-HR uses the same 1.8 litre four-cylinder engine that its siblings use, paired with an E-CVT. The powertrain also features an electric motor that gets its power from a 6.5 Ah nickel-metal hydride battery. The total power output for the vehicle is around 120 horsepower. Those who avail of the limited edition C-HR will also get an exclusive package that comes with the vehicle: a KARL LAGERFELD LIMITED EDITION SET. Designed by the team of KARL LAGERFELD and worth over 50,000 Thai Baht (Php 77,000). This limited edition set contains the following items: luggage, handbag, cap, and keychain. To note, Toyota C-HR is the first and only Subcompact SUV in Thailand that is awarded 5-star safety rating by the New Car Assessment Program for Southeast Asian Countries (ASEAN NCAP) under the new ASEAN NCAP Assessment 2017-2020 Protocol. All these contributing factors have made Toyota C-HR a highly successful model that achieves a sales volume of 28,700 units in Thailand since its first introduction in March 2018 until February 2020.

Gone are the days when the minivan was the epitome of "uncool." With frontrunners in the segment such as the...

As the country moves forward and makes its way to recovery from the global pandemic, Toyota Motor Philippines (TMP) acknowledges...

In line with the Philippine government’s easing of its enhanced community quarantine (ECQ) measures, luxury car brand Mercedes-Benz is once...

The Volkswagen Golf GTI is considered one of the greatest car icons of all time, and for good reason. Debuting...

Motor Image Pilipinas (MIP), the official distributor of Subaru vehicles in the Philippines, announced that its network of dealerships will...

Ford Philippines has begun opening a large number of its dealerships in its network while observing strict sanitation and distancing...

It’s been over two months since Luzon locked down, causing businesses and operations to largely halt in compliance with government’s...

A lot of car owners have been forced to stay at home during the enhanced community quarantine (ECQ). This likely...

And then there were four variants. Ford Philippines veritably takes a decisive step into the outdoors amid the much-changed “new...