Toyota Revo for Sale in Philippines

Jun 19, 2021 - Currently, 1 Toyota Revo for Sale in Philippines. Carmudi is your ultimate destination to find all new Cars (1) information, including Car specs, features, prices and images that will help you choose.

What do Indonesia, Vietnam, and the Philippines have in common? Aside from being located in Southeast Asia, the three countries certainly love their AUVs, or Asian Utility Vehicles. The main reason may be that these vehicles have the riding capacity for seven to ten people, and with families in the three countries being generally large, the Toyota Revo has proven time and again to be the vehicle that fulfills their varying needs.

The Toyota Revo is an AUV that was developed in 1997 and sold in 1998. The name is short for ‘revolution’ which in hindsight is pretty apt considering that it ushered in a new era in vehicle design, manufacturing and sales. Sharing the same platform with fellow Toyota releases the Hilux and HiAce, the Revo is the third version of Toyota’s AUV in the Philippines. The lineup started way back in 1976 with the Toyota Tamaraw, followed a few years later by the Tamaraw FX, and then finally the Revo in 1998.

Upon its release, the Toyota Revo line was such a huge success that buyers had to wait for months at a time before they could drive their newly purchased unit. Variants available included the DLX, GL, GLX, LXV, Sport Runner, GSX, and VX200. A limited option J variant was made available for the Sport Runner and VX200 in 2002. After two other generations—one in 2000 and the other in 2003—the Revo was eventually replaced by the Innova in 2005. Today, you can only buy a second hand Toyota Revo, since it stopped production in 2005.

Toyota Revo Review in the Philippines

One of the Revo’s biggest advantages is that the model offers a bevy of engine choices. Two gasoline engines (1.8 liter 7K-E and a 2.0 liter 1RZ-E) and one diesel engine were made available to the public. The 1.8L gas variant produces 94 horsepower and 155 Nm of torque while the 2.0L unit supplies 105 horsepower and 161 Nm of torque. The lone Toyota Revo diesel variant, a 2.4 liter engine, provides 86 horsepower and 165 Nm of torque. Top speed for the engines is at 140 kilometers per hour (kph) while 0-100 kph acceleration is achieved in 13 seconds.

The Toyota Revo suspension system employs a Double Wishbone at the front and leaf springs at the rear. Although the suspension may seem utilitarian by nature, the Revo’s ride comfort and handling are comparable to a mid-priced sedan. With high ground clearance, this is a remarkable thing. The driver’s view is high enough to see the hood, which can be an advantage for short drivers.

Below is a list of some popular Toyota Revo years and their fuel consumption rates:

The Revo was a sleeker, more modern take on its boxy ancestor the Toyota Tamaraw, and also more aerodynamic. Though known for utility, the high end models came with comfort-centric features that made it more of a car than an AUV. Consumers had a choice between a five-speed manual or four-speed automatic transmission. Dashboard controls are easy to manipulate. And although it’s a discontinued model, a 2nd hand Toyota Revo car has a bevy of features that provide a lot of convenience and comfort to drivers and passengers. Some of its most notable features include:

As an economy AUV, the Toyota Revo is quite lacking in safety features. The high-end variant VX200, one of the last Revo models released, was equipped with seatbelts, childproof locks and a back-up sensor to avoid hitting unseen obstructions when going in reverse. You can also find the following:

The Toyota Revo definitely has one very roomy cabin, providing ample room for average-sized people in all three rows. Front facing third row seats were an option, which its main competitors such as the Isuzu Crosswind and Mitsubishi Adventure, didn’t have. The upscale VX200 had leather upholstery and an audio/video entertainment system with an auxiliary outlet to boot, which was a rarity during the Revo’s heyday. Other interior features worth noting include:

Outside, the Toyota Revo resembles an American minivan, which effectively separates it from its obviously Asian-made counterparts, thanks to the latter’s consistent boxy design. Even if the vehicle is out-of-production, the Revos that are still on the road today don’t look outdated or outmoded, owing to the timelessness of the design. The AUV’s American feel is enhanced by standard features such as:

The Toyota Revo went through a lot of color iterations during the period of its release including two-tone and three-tone variants. Some of the vehicle’s most popular colors include:

Want to know the biggest Toyota Revo advantages and disadvantages?

Here are a few Toyota Revo advantages and disadvantages:

From 1998 to 2005, a brand new Toyota Revo cost between P600,000 and P1,000,000 depending on the variant and year built. Toyota Revo Price lists are not readily available as the vehicle has been discontinued although it’s still easy to get a 2nd hand Toyota Revo for sale today.

Know more about Toyota Revo price list in the Philippines

Want to know if the Toyota Revo is the car for you? Or do you have questions relating to car finance, insurance, or maintenance? Carmudi has some helpful articles below that will guide you on your way: 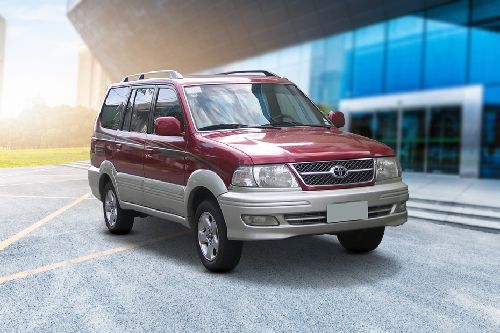 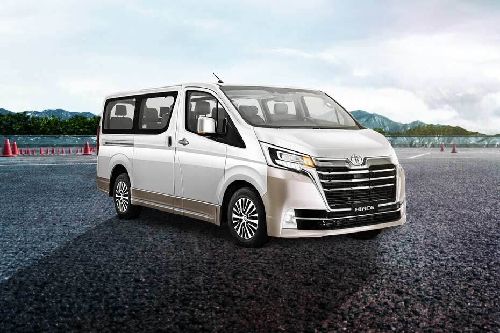