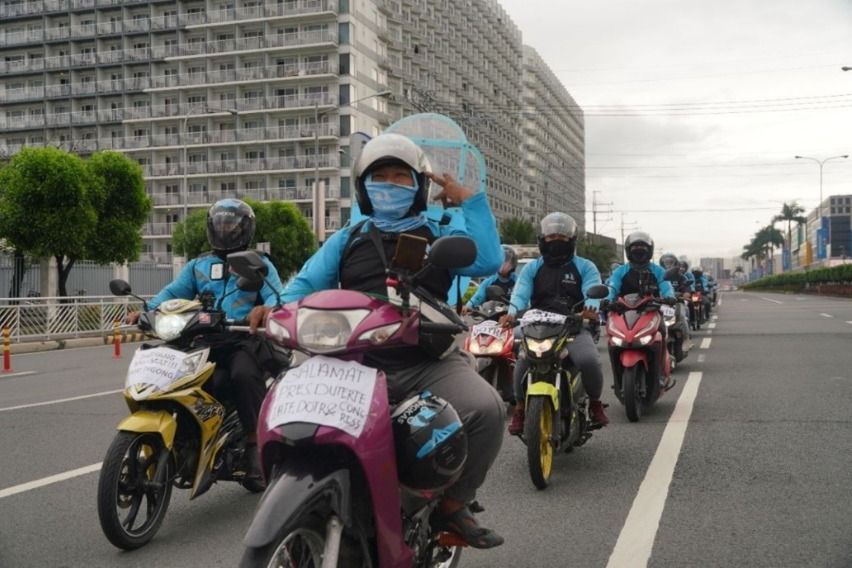 Following the favorable response from some members of the Duterte administration, thousands of riders under the motorcycle taxi mobile app Angkas expressed their gratitude by way of group ride over the weekend.

Donning their uniforms and shields, around 5,000 Angkas riders went on a unity ride on Sunday to show the elation of the riders whose livelihood has been affected by the pandemic. The ride was done from Taguig, to Quezon, then to Pasay.

Such gesture was also their way to show their willingness to support the reopening of the economy.

The activity followed the recent endorsement of the Inter-Agency Task Force for the Management of Emerging Infectious Diseases (IATF) to resume the pilot study on motorcycle taxi operations.

Based on IATF Resolution 77—which was signed by Health Secretary Francisco Duque, in his capacity as IATF chair, and his co-chair Secretary Karlo Nograles last week—endorsed the resumption of operation based on the request of the Metro Manila mayors.

The unity ride was said to be done in compliance with the IATF rules against mass gatherings—by driving continuously with no stopovers until they reached SM Mall of Asia in Pasay. 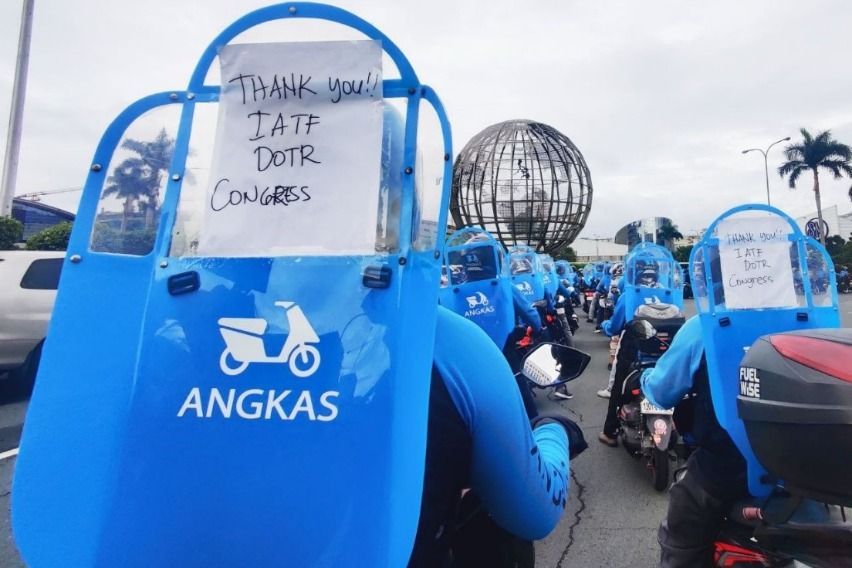 During the launch of the Ingat-Angat campaign, Angkas was endorsed by Presidential Spokesperson Harry Roque and National Task Force (NTF) Against COVID-19 Chief Implementer Carlito Galvez.

Meanwhile, Galvez noted that Angkas could support the workforce during the reopening of the economy.

“Recently, Interior Secretary Eduardo Ano, Secretary Roque, and myself met with the President to allow a one-seat apart measurement in our mass transport system to increase our capacity. Part of our plan is to increase the number of vehicles especially ride-hailing motorcycle taxis which can increase capacity to provide services to more than 400,000 workers,” he explained. 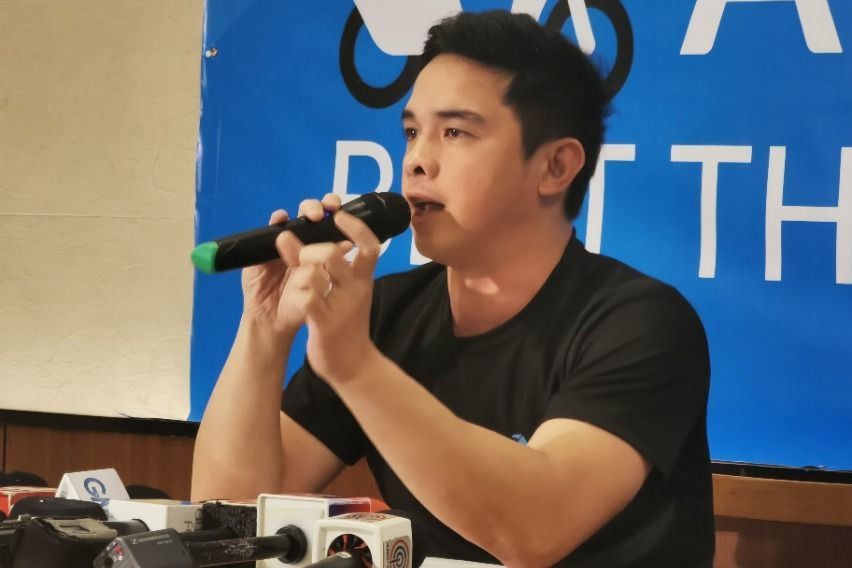 For his part, Chief Transport Advocate George Royeca said that they are now readying their bikers should the government give the go-signal for the resumption of the program.

“Now that the economy is slowly and safely reopening, 60% of workers are mandated to physically go back to work. However, there are only 40% public transportation that is available to them. Angkas would be happy to bridge that gap,”Royeca said.

“We are also encouraged by the bikers’ voluntary thank-you ride to our government. All of us stand ready to provide safe transportation to the public and help restore their lives to normal while reopening the economy and restoring consumer confidence,” he added.

“We look forward to the day when we can start serving the public again,” he reiterated.

How Has the Covid-19 Crisis Affected Shared Mobility aka Ride Hailing Services?